Just joking. It is April’s Fools Day, after all. However it might not be such an unlikely prospect in the long (long) run and I am fairly sure that Bram and Bryan, the company’s founders, have at least thought about it. Although I suspect they might even turn it down, and maybe one day be the ones to make an offer for Facebook. The news is that, while 3D Hubs is not yet worth billions, it is growing rapidly and the growth acceleration rate is increasing, as shown in its April Trend Report.

The report states that the number of registered printers is now up to 13.500; however Community Manager Filemon Schoffer, with whom I spoke recently, told me that they hit 14.000 at the end of March. 3D Hubs is one of the best real-time indicators of the state of prosumer and consumer 3D printing and, now that it has 3D printer usage on lock down, it is moving on to software. 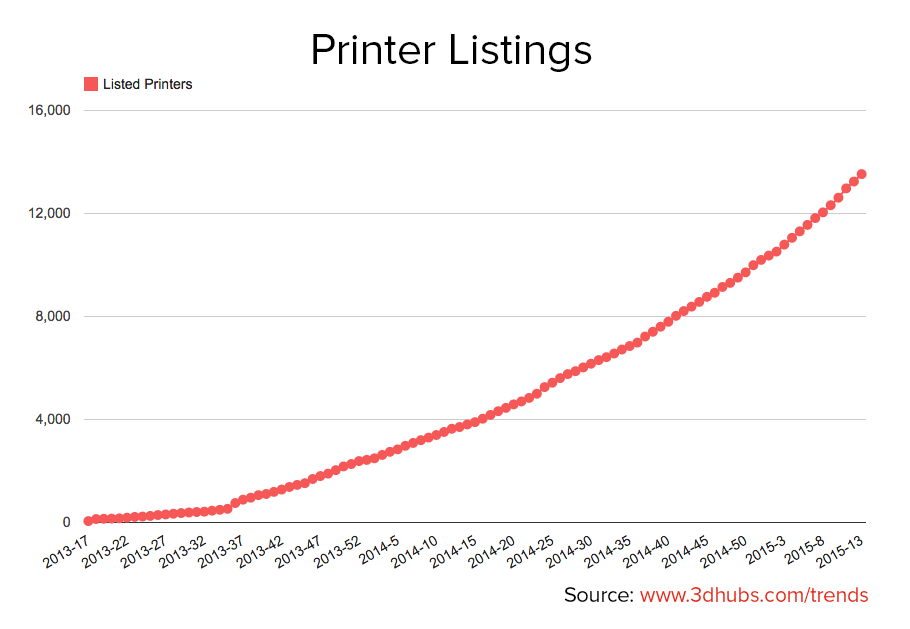 3D Hubs asked its very active community which 3D modelling software they used most and, although Autodesk dominated most of the top 10 list, the number one spot went to SolidWorks, while SketchUp was a close runner up, coming in second. Autodesk Fusion 360 was third, which is a significant result for a relatively new software, while my own favorite, Tinkercad, was not on the list. Open Source 3D programming software OpensCAD came in tenth. 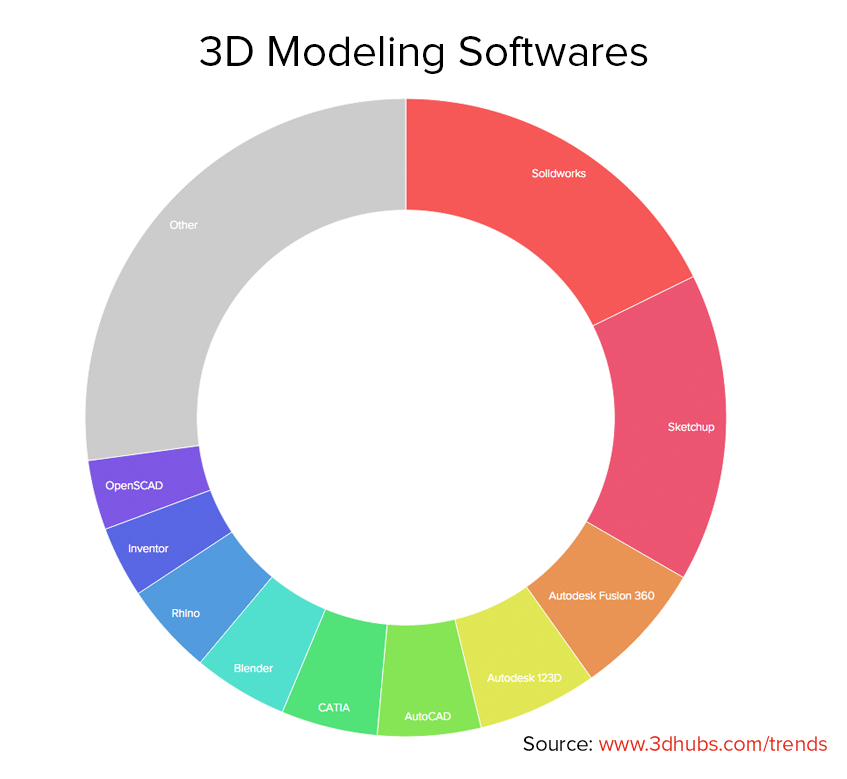 As far as 3D printers go, the Polish Zortrax M200 took the overall top spot for best quality rating, overtaking the Form1+. The CTC-3D printer is now in third place and the MakerBot Mini took a surprising sixth spot, after the Big Builder Dual Feed and the Prousa i3 Hephestos, which achieved 209% month-on-month growth to take the top spot as the most trending printer (with all other competitors growing by around 30%).

Coming in at number 7, WASP’s DeltaWASP 2040 is the first delta 3D printer in the the personal 3D printer category, while the industrial 3D printer list is a two-way fight between Stratasys and 3D Systems. The top two manufacturers of the 3D printing industry split all ten spots, with 3D Systems taking the set 6 to 4. 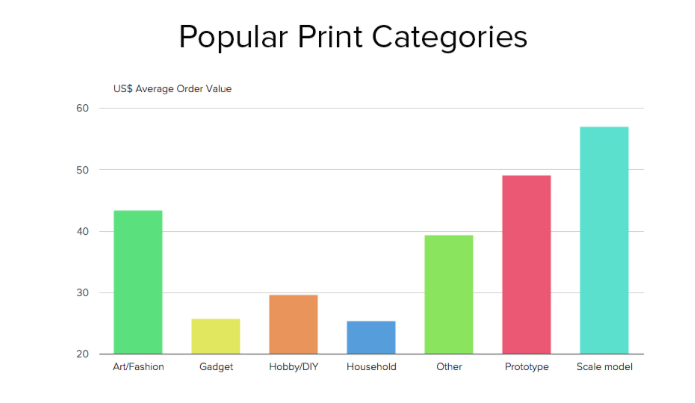 The rest of the report remains unvaried compared to the previous month, with New York still the top city ahead of Milan and the Ultimaker 2 still fighting it out with the Replicator 2 as the two 3D printers with the largest installed base. Also stable are the most common 3D printer uses (prototyping and scale modeling) and filament colors (black, white and blue).

The last news is that Angola, Antigua, Barbuda, Armenia, and Yemen are now part of the 3D Hubs world and this, just like it is for Facebook, is one of the clearest confirmations that 3D Hubs is manufacturing a bright and highly distributed future.