After their initial $700k raise in 2014, Pinshape recently opened another $500k round to fund growth and expand their 3D marketplace. We’ve seen most investments in the consumers space come through Kickstarter and through acquisitions from 3D Systems (more than 50 transactions) and Stratasys (more than 9, including Makerbot). As the consumer industry grows, companies like Pinshape are accessing investment through more traditional channels including angel investors and Venture Capital firms. 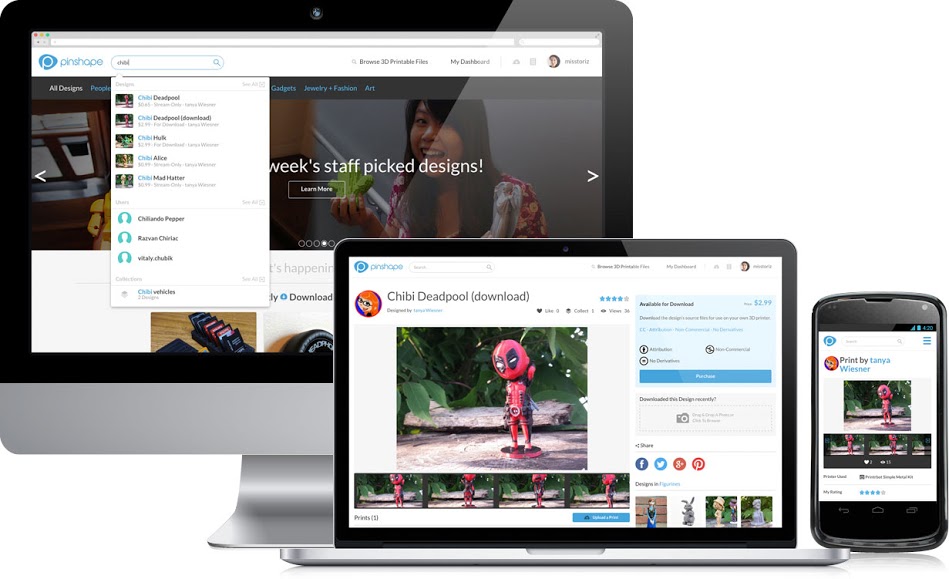 After we began our 3D marketplace comparison series, which pitted Pinshape against Thingiverse, I wanted to follow up and see what challenges they are currently facing, and the answer was clear: Funding. So, how did Pinshape receive their initial funding?  Pinshape previously raised funds in Silicon Valley after going through the 500 Startups Accelerator in Mountain View, California.   After being founded in 2013 and establishing themselves as a destination for quality 3D models and designers, Pinshape is now on the lookout for the right investor.

Pinshape CEO Lucas Matheson said, “The last 6 months have been incredible. We’ve exceeded all of our growth targets this year, and seeing 147%+ monthly growth. We need to expand our team, and have a lot of exciting plans on the road map.” 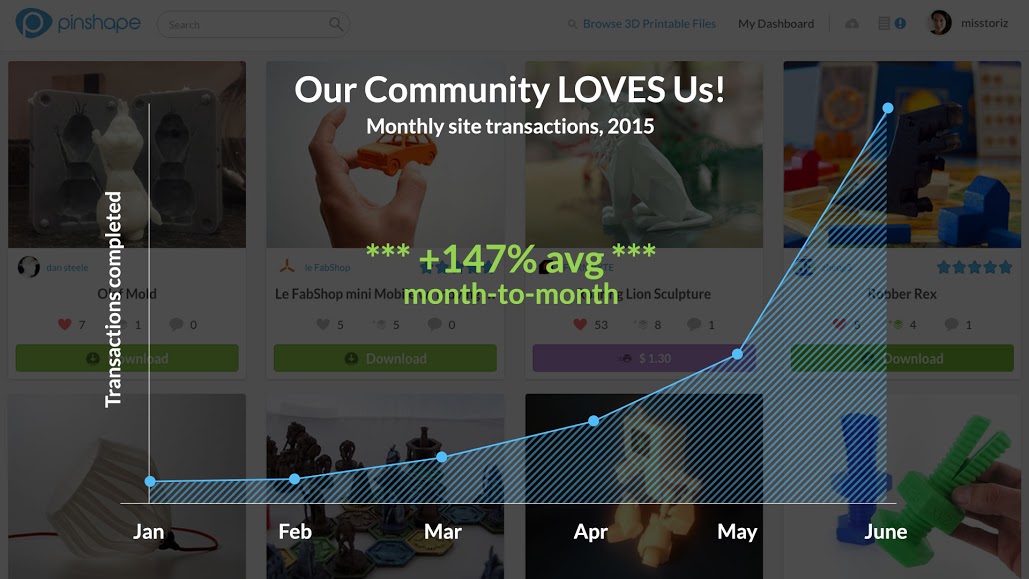 This brings up a good question: Where do 3D printing startups go for investment capital? Well, Pinshape is looking to Fundable.com to raise $500,000 of convertible notes in advance of their Series A round next year.  The platform is geared to accredited investors and VCs, so it’s a good place to start.

I had a chance to speak with Lucas, and asked him why they were on the lookout for investment and he said, “We’re focused on attracting talented 3D designers and expanding the platform to include licensed content. Like all digital media, content is king and 3D printing is no different.”  He continues, “We have a solid community and welcoming hundreds of new people everyday on the platform. Funding is going to help us expand our development team and strengthen the marketplace.” 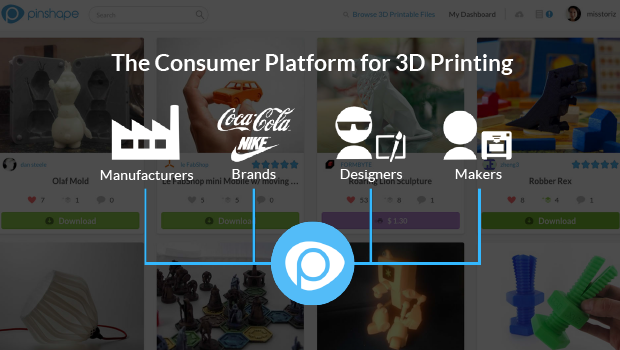 So what’s another good place to check out? Perhaps the investment platform Angel List would be a good destination, simply because it has over 380 startups in their 3D Printing Market.

As a writer, I have no firsthand knowledge of what it is like to get rounds of funding, but I do wish Pinshape and anyone else out there the best of luck.  It sounds like the more you bring to the table, and the more explosive your growth and income are, the better your chances are.  But that’s probably not news to a lot of you out there. Good luck.