Landing right in the heart of September, from the 19th to the 27th, the 2015 Frankfurt International Motor Show is set to be yet another innovative year at one of the world’s most popular automobile showcases. At this year’s event, French car company Peugeot is paving a brand new path for 3D printing technology within the confines of the auto industry. The Peugeot Fractal, the concept car that they are displaying at Frankfurt this year, does indeed have some amazing features beyond 3D printing. 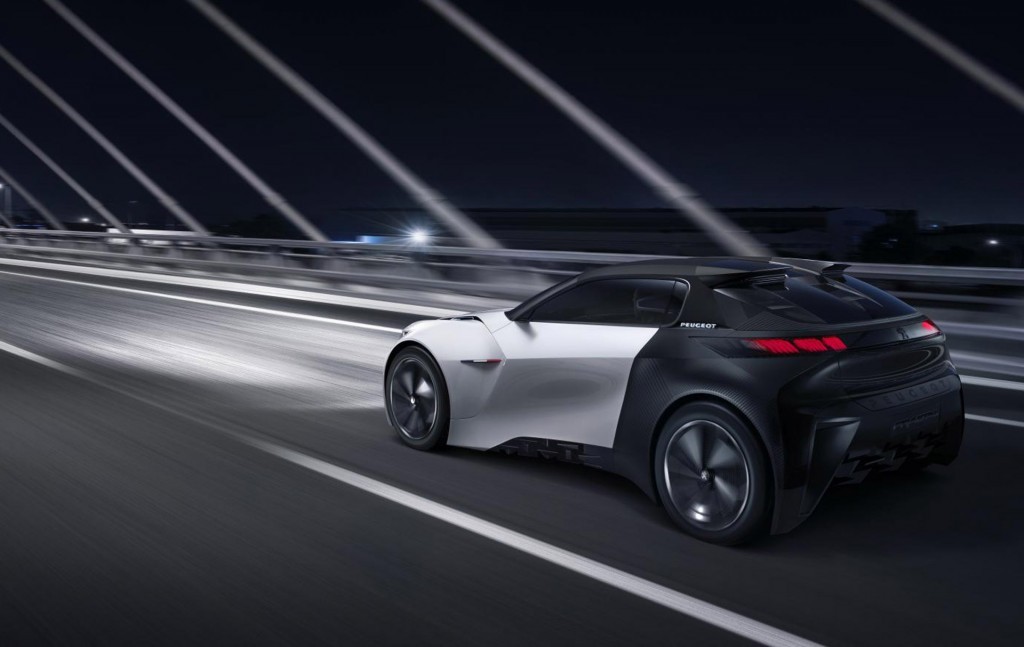 The Fractal will contain a lithium-powered electric engine and a state-of-the-art sound system that will bring more bass to drivers then ever before. But most of the buzz involving Peugeot’s upcoming concept is surrounding their use of 3D printing techniques in order to design the car’s interior trim, which also happens to be shaped to support the innovative sound system as well. 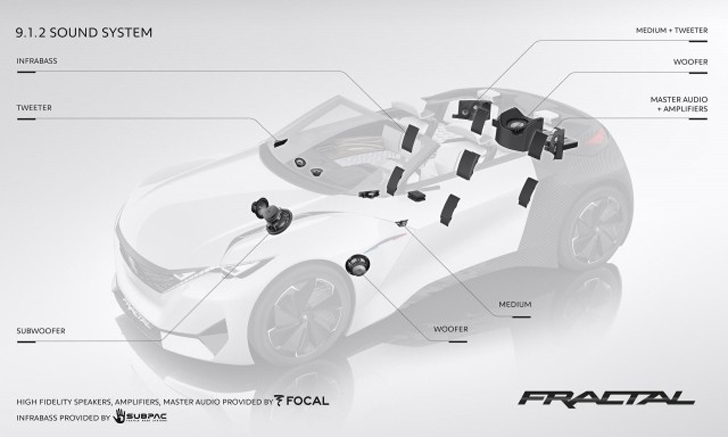 The interior, called the Peugeot i-Cockpit by its creators, is where the most innovation of this car is contained. 3D printed blocks are used on the car’s floor, sides, and door panels, covering the surface of about 80% of the Peugeot Fractal’s interior, all in all. The 3D printed interior has the design influence of a recording studio, geared toward eliminating unwanted sound and giving the driver a sound experience of a lifetime. The 3D printed mesh fabric used on the surface of the interior adds to the acoustic environment that helps passengers to experience sound through their entire bodies, and also aids in the artistic aesthetic undertaken by Peugeot for this project, too. The concept car ’s name, the ‘Fractal’, is a reference to the 3D printed fractal-like shape of the interior, which represents the anechoic chamber and repetitive design used to keep the inside echo-free and insulated from the outside world. 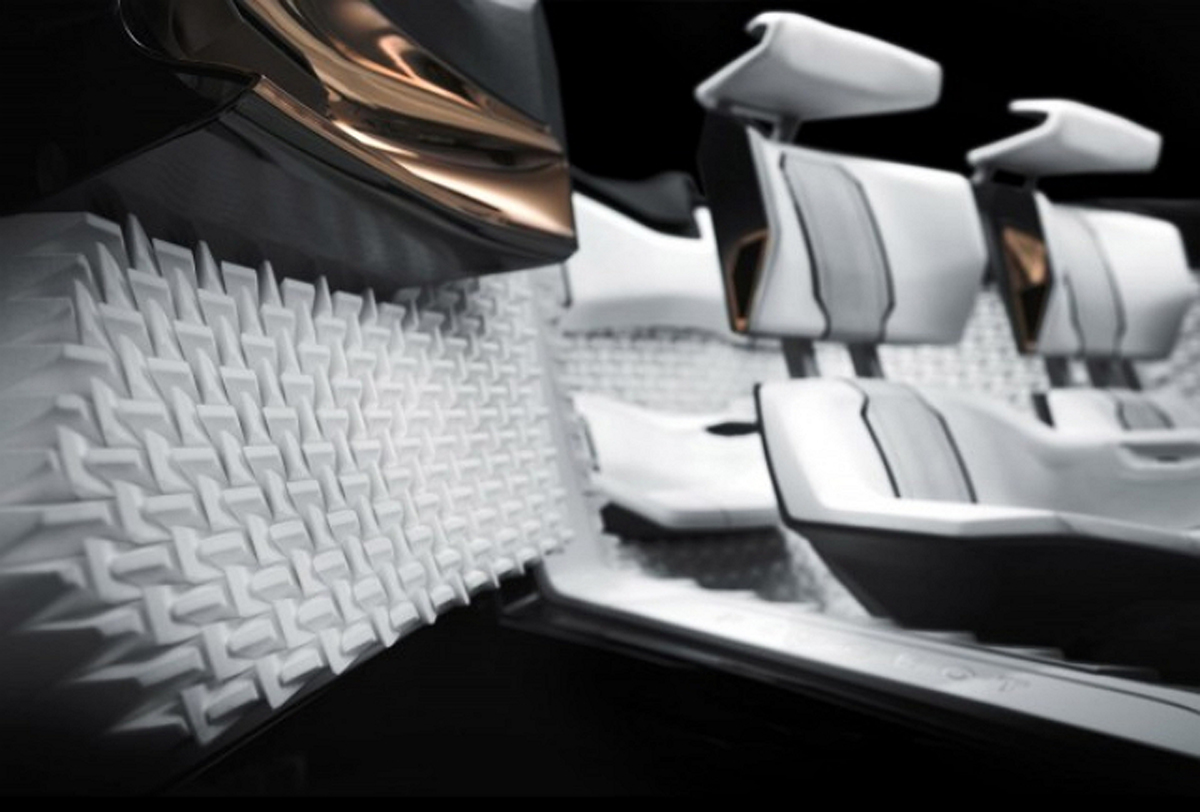 Peugeot’s Strategy Director, Jerome Micheron, describes the Fractal as an ‘idea lab’, one that would not be possible without 3D printing technology. Peugeot claims that 3D printing was an absolute necessity in order to produce the intricate fractal-like shapes, which were rapidly prototyped to cover most of the car’s interior. They believe that, by utilizing 3D printing, Peugeot can make a finer design that is both lighter and more efficient than today’s industry standard. By introducing this design to the Frankfurt International Motor Show in the upcoming weeks, Peugeot is showing the auto industry that 3D printing isn’t just a plausible tool for car manufacturing. It also holds potential benefits that can actually greatly improve the function and design of the modern day build, making 3D printed parts more than an alternative material, but a preferable one, too.