Peachy Printer launched on Kickstarter in 2013 with a massive fanfare. Now the company has been forced to admit that the financial manager embezzled almost half of the $650,000 it raised and the company is in disarray.

It’s a painful announcement for any company to have to admit and if the money simply disappears then it’s a PR disaster for Kickstarter. The site has been a revelation for the tech industry and has helped a number of startups get off the ground. There is always that feeling, though, that donors are simply not protected and a lot of ideas that receive funding never turn into a finished product.

Peachy Printer was a great concept: a $100 resin printer that could open up the world of additive printing for newbies and cash-strapped hobbyists alike. 4420 backers combined to provide $650,091 in Canadian money and the company was on its way. 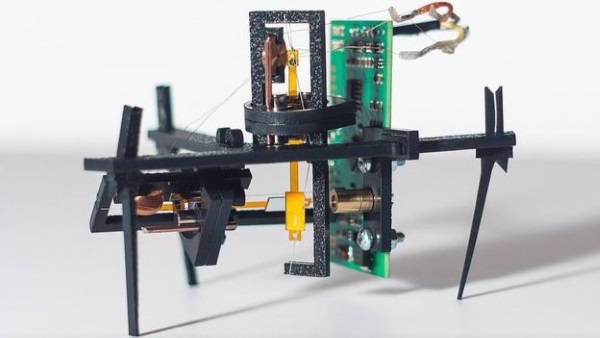 Since then the project has been plagued by delays, production problems and more. The firm has provided numerous updates in the ‘name of transparency’ and, in May 2015, they told us delivery finally scheduled for July.

Then, things went quiet. Now we know why.

The company has just released the news about David Roe embezzling half the funds to build a house and you have to wonder if they can come back from this. It’s a nightmare for CEO, product developer and co-founder Rylan Grayston.

He started with a strange apology video and an open letter to Canadian officials that effectively calls for his former partner’s arrest.

We’re not sure it’s going to appease the backers that have been left without a printer.

In the meantime, it drags the name Peachy Printer even further into the mud. The statement asks: “Is it too late to say we’re sorry.”

How did this happen?

Grayston and Roe were equal partners and Roe offered his personal bank account to receive the funds as Peachy Printer wasn’t incorporated at the time of the fundraising drive. After the Kickstarter celebrations died down the company did incorporate and, according to Roe, Grayston simply did not transfer half the funds.

Roe appointed legal council, which has worked to recover the money, while he continued to represent the company. It feels like a waiter standing out front telling the customers that everything is fine, while out back the kitchen is on fire, but Roe insists that he was honest with every single update and that the company almost made it through without the missing money.

A few months ago, though, he finally hit a wall and simply could not continue.  So now he has gone public, asked all the backers to contact the Canadian government. He has gone into overdrive to prove his innocence and show that he has done everything in his power to make the project happen.

He has even produced an ‘evidence package’ on the company website that includes bank statements, legal papers and even recorded phone calls.

Does any of this make a difference, though?

Grayston’s good intentions will not make the magic $100 resin printer appear in the backers’ hands and it won’t bring the money back. It may simply be Grayston’s way of absolving himself from blame, because he might want to work in this community or launch a new product.

This crusade for justice could also precede a fresh Kickstarter to launch the printer on his own.

Stranger things have happened in this world. So we’ll sit back and see how this one unfolds, but we wouldn’t bet on the Peachy Printer materialising any time soon.