Materialise and its Factory for 3D Printing helped Panasonic create several custom 3D printed covers for their new line of Lumix cameras. The three designs, individually representing Art Nouveau, Modernism and Digitalism, were debuted at the camera equipment and photography show Photokina in Germany this past September.

As one of the oldest 3D printing companies in the industry, Materialise is well equipped to use 3D printers for just about whatever you need them for. So when Panasonic came to them with an idea to allow photographers to express themselves not just with their photos, but with the device they used to take the photo, Materialise knocked it out of the park.

Panasonic had long been considering using 3D printing as a way to offer a certain level of customizability to their customers. They turned to design firm WertelOberfell to create covers for their line of compact LUMIX GM1 cameras and the three resulting clip on covers are certainly eye-catching and dramatic.

“We looked at Art Nouveau, Modernism and Digitalism and we wanted to push the technological boundaries of 3D Printing in terms of intricate details and material thicknesses – or rather thinness.” WertelOberfell co-founder Jan Wertel explained “Together with the engineers from Materialise, we realized very fine yet strong structures with different kinds of finishes.” 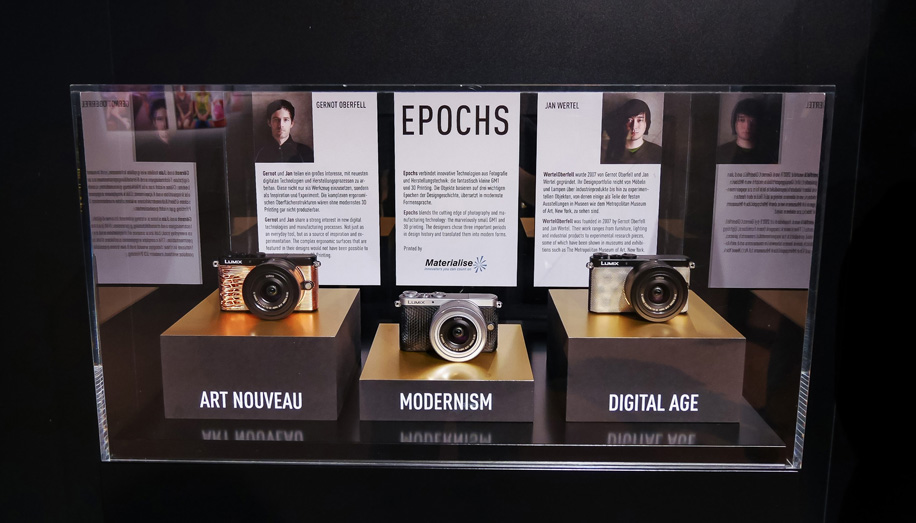 The camera with the Digital Age cover with its polished silver honeycombed pattern looks like the front of a speaker, in fact it looks almost identical to the speaker on my laptop. The Modern cover with its woven black rubbery texture doesn’t really look that different from the standard cover to the camera, but when you look closely it’s certainly beautiful. For me the Art Nouveau cover is the most interesting of the three. It’s copper wire pattern wraps around the camera and bulges out on one side dramatically, making it look almost like a steampunk prop. 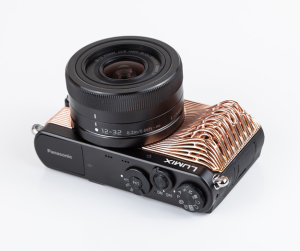 It looks like these covers were created as a proof of concept and don’t seem to currently be available for purchase, but I wonder how well camera covers would sell anyway. While customized covers for cell phones are all the rage, that’s a piece of consumer electronics that virtually everyone has. High-powered cameras are popular, but they certainly aren’t even close to being as common as a cell phone. I don’t know what the prices would be, but based on the metallic materials used I can’t imagine that they would be as cheap as a cell phone cover.

However, photographers are used to being required to buy expensive add-ons for their cameras so perhaps they will be embraced. After all, you can find high-end camera straps that sell for almost $80 and people buy them. And of course the beauty of using 3D printing to create products is you only have to produce enough for the customers who are willing to pay for them. If I was a 3D designer on Shapeways I’d start throwing some camera cover designs up right away.