Ever since the beginning of the “robotic age”, the idea of a fully functional, mechatronic prosthetic hand has seemed within reach and, yet, has been impossible to achieve. So close and yet so far away. Since 3D printing and basic electronic components have become more affordable, all of robotics has been taking giant leaps forward through open source, collective research.

Looking at the latest 3D printed, robotic hand from Open Bionics, I get the impression that it is now just a matter of a few years before everyone who needs one will be able to afford a robotic prosthesis that can offer seamless interaction with the surrounding environment.

This prosthesis, appropriately dubbed by Open Bionics as “the most advanced 3D printed robotic hand”, was worn by 24-year-old Daniel Melville during the latest Consumer Electronics Show in Las Vegas and it was quite a success, both based on the public’s enthusiastic reaction (apparently Daniel received a marriage proposal after he was featured on Snapchat’s live feed from the event) and for the ease with which Daniel – who has been Open Bionics first pilot – was able to control it.

“I was feeling pretty emotional being there because it has been an amazing thing to be a part of,” he said. “Because I was born without a hand, essentially I’ve been learning to use a hand for the first time, it’s really surreal. I kept shaking hands with people, and they kept asking to high-five, fist-bump, and take photos with me. It was really nice seeing how people reacted to my robotic hand, nobody shied away and I felt likeI was making up for lost time.” 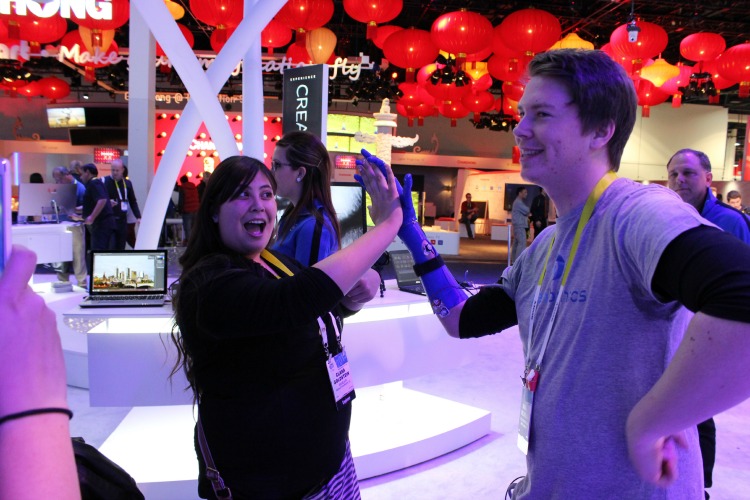 Joel Gibbard, the 24-year-old engineer who founded Open Bionics, used commercially available technology that he purchased online to fit the robotic prosthetic hand, which weighs half as much as a currently industrially manufactured bionic prosthesis. He intends to take it to market with a sub-$1,000 price tag. This, incidentally, is the same price target for another similar project called Youbionic, which shows that the goal is realistic, as much as it is game-changing.

The Open Bionics hand works by picking up muscle activity in the residual limb muscle through electromygraphical sensors on the skin. I just put the prosthetic on, plug in the battery pack, and stick on the EMG sensors,” Daniel explained. “It’s great at picking up the muscle signals. I’d say it took me about two minutes to get used to it and the sensors didn’t stop working for the whole trip.” 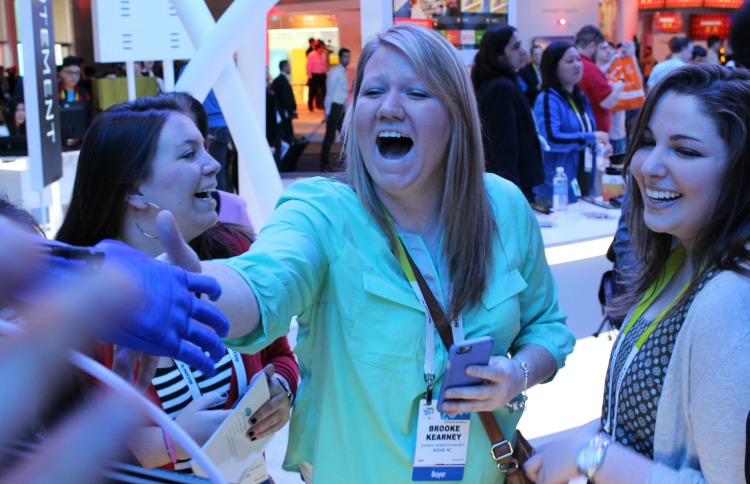 Gibbard’s next objective is make the robotic hand completely wireless, while enabling it to lift heavier weights, close its fingers around smaller objects, and achieve better grasping. Through 3D scanning and 3D printing the entire development process is considerably accelerated. Gibbard is now able to scan an amputee’s residual limb and 3D print a custom-fitting prosthetic in under five days.

Every time he needs to make an adjustment or an improvement, redesigning and re-manufacturing the prosthesis is just a matter of a minimal time and material investment. Generalist media and institutions are taking notice, with the robotic hand receiving CES’ Best Product Innovation award and Joel Gibbard being shortlisted for Semta’s Engineering Hall of Fame. As similar projects are taking place all over the world, this form of collaborative competition is literally putting robotic hands within anyone’s reach.