3D printing isn’t exactly what could be called a fast process, especially when the aim is a precision print using low layer height settings with a reasonably priced deposition printer. Basically, up until now the only way to significantly speed up the process has been to use higher (thicker) layers – e.g. 0.4 mm – which does dramatically reduce 3D printing time. Unfortunately this also often results in printed objects, which when calling them ‘crude’ would be considered a compliment.  Finding the balance between good quality printed results and a reasonable process duration has been the driving force behind the work of Ross Yeager and David Kalinowski, two UC Berkeley’s engineering students. Their answer to this issue is called the 3D Refiner — a solution based 3D print finishing apparatus. 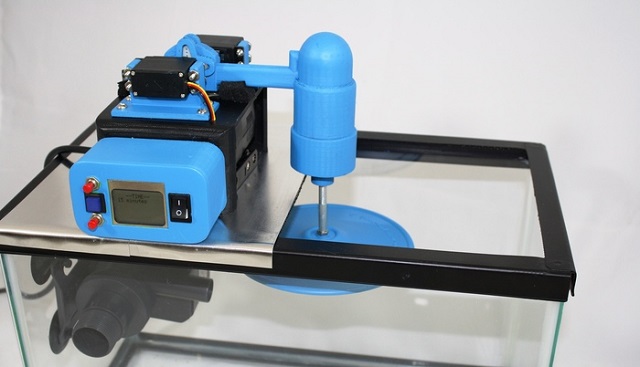 3D Refiner is intended to be used for 3D printed objects that have been produced using higher layers for time-saving purposes, but which are still needed to be on-par with the quality of higher resolution objects. This would conventionally mean some intricate manual smoothing, involving a lot of sanding and good times with an Xacto knife and lacquer, but 3D Refiner’s raison d’être is to eliminate manual finishing and doe it automatically. In practice – the basic function of the machine is in fact quite simple: the 3D printed part is attached to a rotating stand, which is then lowered into a pressurized and constant flow of solvent. The result of spending time in the solvent mixture is a smoother looking object – with a sort of lacquer-like finish – after approximately 15 minutes in the 3D Refiner. Have a look at the comparison between a Yoda that has undergone the treatment and the original model. 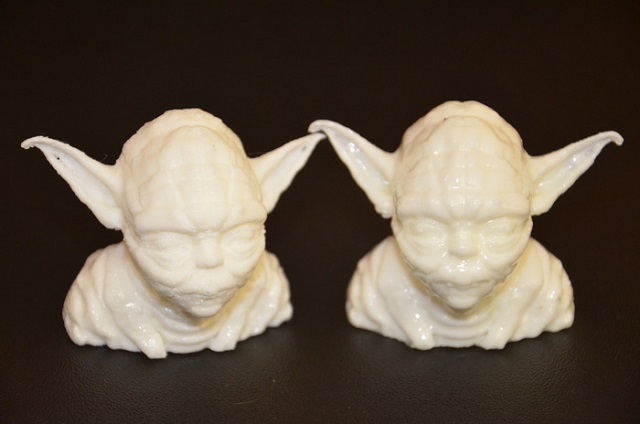 The guys are looking for funding – $5,000 – to take this project further on Kickstarter. The campaign has already resulted in more than the students could have initially hoped for – they have reached over $21k with 23 days of pledging to go.

Watch their pitch video  below and hit the source link for more information.