Long before the slew of 3D printer networking companies to come onto the scene this year was OctoPrint, an open source solution for making your 3D printer wireless.  RepRappers and Makers have been turning to the cloud-based 3D printer management tool to control their machines with Raspberry Pis modules, network them over the web, and watch them print via webcam for some time.  Unfortunately, OctoPrint was run entirely by one person, Gina Häußge, while working a full-time job.  Despite cutting her work hours to support her passion, Häußge found herself dealing with community issues, troubleshooting, and fixing bugs when she was working on OctoPrint.  This left little time for Häußge to come out with new improvements to the beloved software. 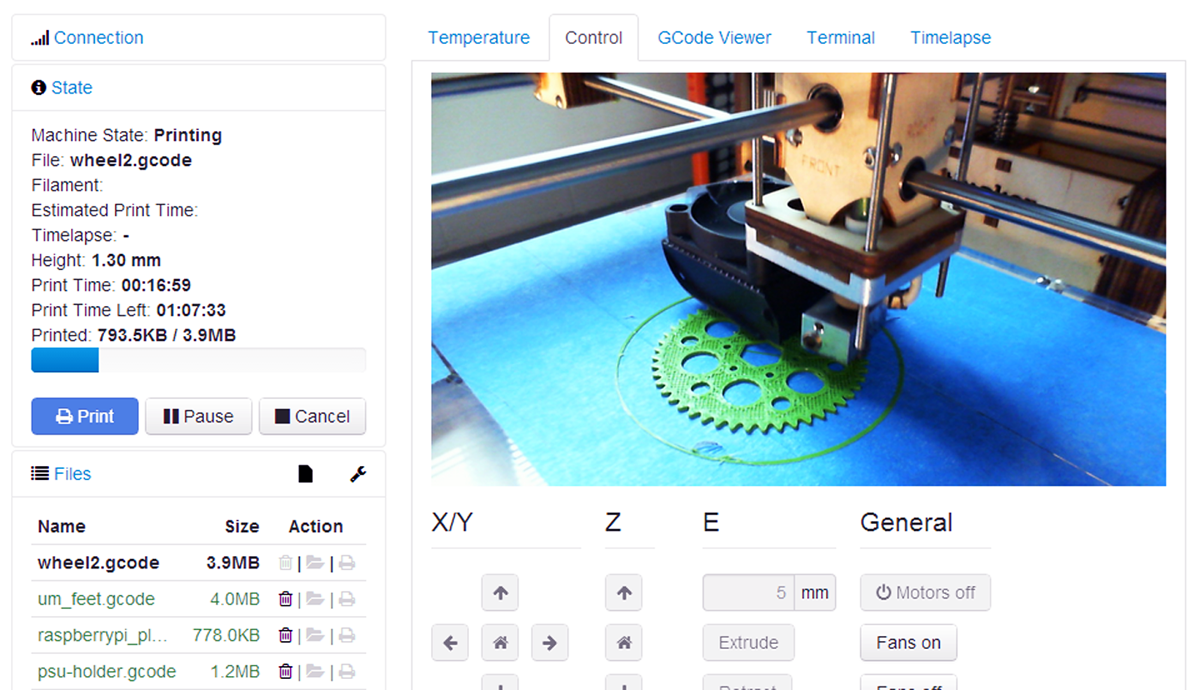 The DIY community and Häußge have hit upon a bit of luck, however, as OctoPrint is now going to be fully financed! The printer networking program is being taken under the wing of bq, a Spanish company that sells smartphones, tablets, and e-readers, as well as its own 3D printer, the bq Witbox.  Starting in August, Häußge will not only get to quit her day job and work full time on OctoPrint, but she will be given a dedicated staff of “developers, UI and UX designers, QA department and technical support” to make the software as awesome as possible.  Despite the backing of the Spanish firm, she assures her community of supporters that “OctoPrint will remain open and will keep the same spirit as on the very first day.”

That’s good news for Häußge and, if all goes well, for the 3D printing community as a whole.