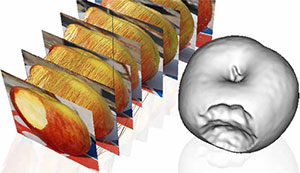 At the time, the software, which does the work of sewing together a series of 2D photographs into a 3D model (similar to 123D Catch), had not yet been released. The developers behind Neitra 3D Pro told me that, soon, users would have access to a free trial version and an opportunity to buy the beta version of the program. That day has finally come so that you can download Neitra 3D Pro and play around with it, testing out what looks to be a simple interface that yields high-quality, full-coloured 3D models, for 14 days.  Afterwards, you have the choice of buying the full beta version for $700, which is about double what the first 100 purchasers had to pay with the company’s opening sale.

Unfortunately for me, the software is only for Windows at the moment and I can’t test it out myself, but we’d love to hear what your experiences are like with Neitra 3D Pro.  Let us know in the comments below if it’s really as easy as the following video makes it seem. If you need any help, there are a few video tutorials on their site here.