Ever since the very first examples of 3D printed board games, and the first videogame developers experimenting with 3D printing, it was started to become clear that 3D printing was going to open up an incredible amount of creative possibilities to game designers. Now, the big guns of gaming are starting to weight in on the… game, as Todd Porter, the former CEO of legendary Texas game studio Ion Storm (which created video games like Deus Ex and has included gaming legends, such as John Romero, Tom Hall, and Warren Spector), is launching BoardCraft, which he defined as an “operating system for 3D printable board games”.

The first BoardCraft game, the zombie apocalypse-themed NecroVirus, has just launched on Kickstarter and is seeking $100,000. It offers a fully customizable board game experience, with support packages starting at $25. There are many options in between all the way up to $2,500, which lets you get every upgrade 3D printed in full color. The models can be 3D printed with any major technology, from FFF to SLA, DLP, and SLS. 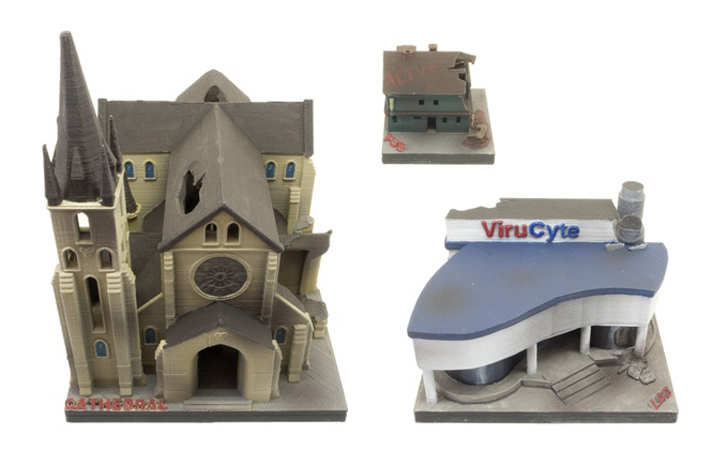 NecroVirus is not just a one-off operation, but the cusp of a massive venture that begins with Porter’s company Advanced Imagination, a new, leading-edge, mobile gaming company founded by industry veterans who have worked with some of the most recognized gaming companies in the world, with a combined 45 years experience of AAA title development.

Since I have always been a strong supporter of the synergy between video games and 3D printing, to the benefit of both industries, I reached out to Todd to understand more about his and his company’s approach. What I found is that this market is going explode very soon, as gaming legends such as Todd’s friend Richard Garriot (and many more big names) will soon get on… board as well. 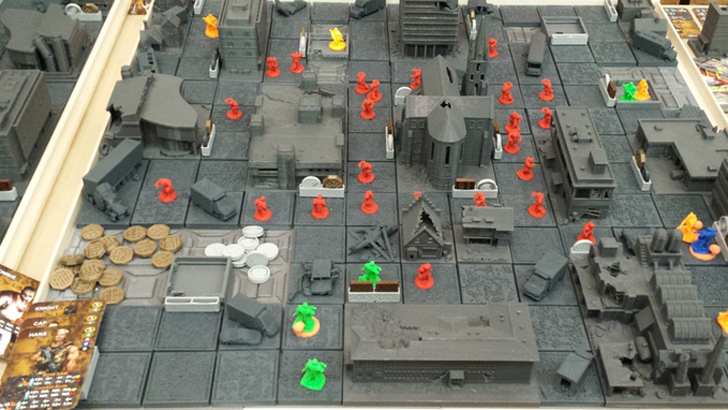 “I always felt that building is a huge part of all gaming and video gaming, just look at Minecraft, where 75-80% of the gaming experience is about construction. For me,” Todd continued, “it started even earlier, we used to make games with LEGOs and even very large pieces of plywood. However, I did not understand the full impact that 3D printing was going to have on games until I bought one.”

Todd, like many others, was initially put off by the setting and tinkering requirements; however, this all changed when he tried a LulzBot Mini, which he describes as the Apple II of 3D printers, the first really consumer-accessible machine. BoardCraft intends to use the best practices from the computer age and bring it into the physical age: it will be a freely accessible operating system for games, leveraging a consumer-ready hardware system. 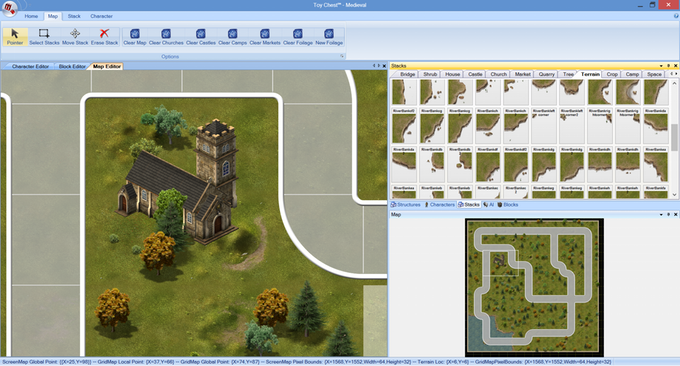 For artists who are already experienced with creating digital models and have had to face the restrictions of traditional manufacturing in the past, 3D printing is truly a gift which lets their creativity go wild. “The freedom of design with 3D printing is unbelievable,” Todd says. “It allows us to do amazing things, such as the teleportation of physical objects. While creating the game, we sent designs between our studios in Texas and Iowa and 3D printed them on demand, just grabbing the STL from Dropbox. We literally created new models and new adventures for NecroVirus from scratch world in only a few hours. And there is something magical about the physicality of fantasy objects.”

NecroVirus gives users several 3D models of the game’s characters and buildings. Todd is a fan of LulzBot’s fully open source business model and made it so that users can 3D print the STL files and share them as many times as they want at a cost that is relatively minimal, considering that even the largest objects only require a couple of dollars worth of filament. “Board game fans are a great demographic, as they are usually adults with high disposable incomes. When they become aware of the possibilities to expand their gaming experience through 3D printing the consumer 3D printing industry will feel it. A $1,300 investment for a LulzBot Mini and a few dollars for the filament are really minimal for the opportunities they offer.”

3D printed gaming, just like it was for video gaming at one point, is not just about entertainment, but also has several applications in the educational field. Todd told me about an original board game he 3D printed for his kids at school called Zombie Turkey. It was a huge success and everyone wanted to buy it, including the teachers. Now, the time as come to make a real, physical [Board]Craft out of it.