After traveling 3 billion miles, NASA’s New Horizons spacecraft finally got a closeup look at Pluto.  The data received from the spacecraft about Pluto include an exact measurement of Pluto’s diameter, a confirmation of higher than expected levels of nitrogen from Pluto’s atmosphere, and images of bizarre landscapes from Pluto and Charon, its most monstrous moon.  Now, you can recreate this whole journey at home by 3D printing your very own New Horizons spacecraft. 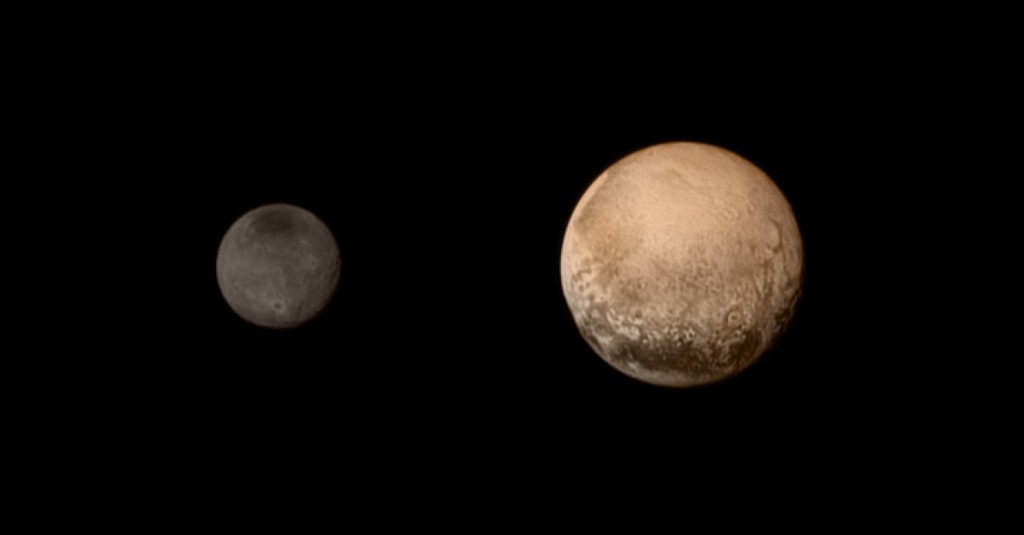 If you didn’t know, NASA has a very cool resource page for 3D models of its spacecraft called NASA 3D Resources.  There are images and textures and 3D models.  If you click on 3D printing, you are led to a wonderful glossary of NASA-related, 3D printable models.  Among them is a 3D model of the New Horizons spacecraft. New Horizons is a very small nuclear spacecraft that needs only 200 watts of power generated from 24 pounds of plutonium dioxide.   It was launched in 2006 on the largest Atlas 5 rocket and blasted off from Earth’s atmosphere at the fastest speed of all time.  This month, the the New Horizons will pass Pluto on its way out of the Solar System.  Below are the New Horizons’ instrument specs:

LORRI – (Long Range Reconnaissance Imager) has the highest resolution of any instrument on board. At Pluto, LoRRI will take images of and render massives clusters of Pluto’s landscape.

RALPH (Visible and infrared imager/spectrometer) collects high-resolution surface data.  As single telescope, it does this by collecting many wavelengths of light.

ALICE (Ultraviolet imaging spectrometer) helps scientists and everyone else to understand what makes up Pluto’s atmosphere.  It works by separating the different wavelengths of light and producing images.

After nearly a decade of traveling through our Solar System, over the moons of Jupiter, and past Pluto, New Horizons is now poised to send back information about the edge of our Solar System and beyond. Why not celebrate this epic space flight by 3D printing a model of the historic spacecraft?