3D printing technologies have worked like nitrous oxide in the race to more advanced, customized robots by enabling research teams and even commercial ventures throughout the world to rapidly, and relatively inexpensively, prototype and evolve new models. As 3D printing technologies advance, so will the robots and a, seemingly, very basic “soft robot”, created by Harvard Engineers, may be the clearest representation of that trend.

The soft robot project (“A 3D-printed, functionally graded soft robot powered by combustion”) was published on the AAAS Science Journal, which requires a subscription. Fortunately, Nanowerk, one of the best “second source” science websites around, has that subscription and described the project in detail, pointing out how this new design demonstrates the possibilities of 3D printing in soft robotics.

The Harvard Microrobtics Lab robot’s body transitions from soft to hard, reducing the stress where the rigid electronic components join the body and increasing the robot’s resiliency. The body’s monolithic design was created in one continuous print job, using several different materials which enable the bot to be both stronger and sturdier.

Although neither the article nor the study state it clearly, it seems logical that, when referring to the availability of multi-density and multi-material 3D printing, the Harvard team implied a material jetting-based 3D printer, either Stratasys’ PolyJet technology or 3D Systems’ MultiJet modeling technology. While these are not considered low-cost machines (nor do they use low-cost materials), they do greatly reduce production times and costs when it comes to developing unique robots. 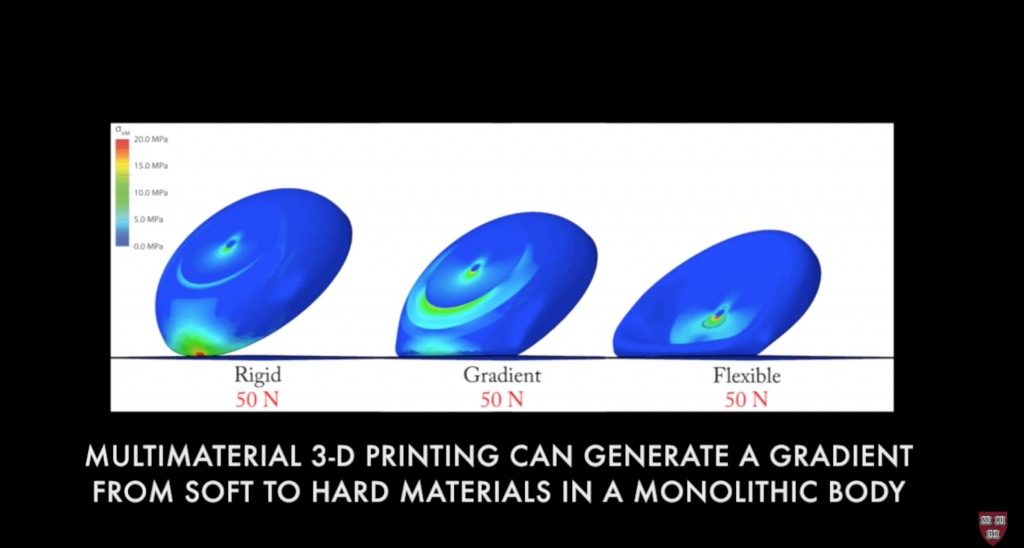 Harvard Professor Robert J. Wood, senior author of this study, explained that the vision for the field of soft robotics is to create robots that are entirely soft. He is also a Charles River Professor of Engineering and Applied Sciences at the Harvard John A. Paulson School of Engineering and Applied Sciences (SEAS) and Core Faculty Member at the Wyss Institute for Biologically Inspired Engineering at Harvard, which means that he is able to combine biomimicry forms with hard engineering, which, incidentally, is something else that 3D printers do with extreme proficiency.

“For practical reasons, our soft robots typically have some rigid components,” he explained, “things like batteries and control electronics. This robot is a demonstration of a method to integrate the rigid components with the body of the soft robot through a gradient of material properties, eliminating an abrupt hard-to-soft transition that is often a failure point.” 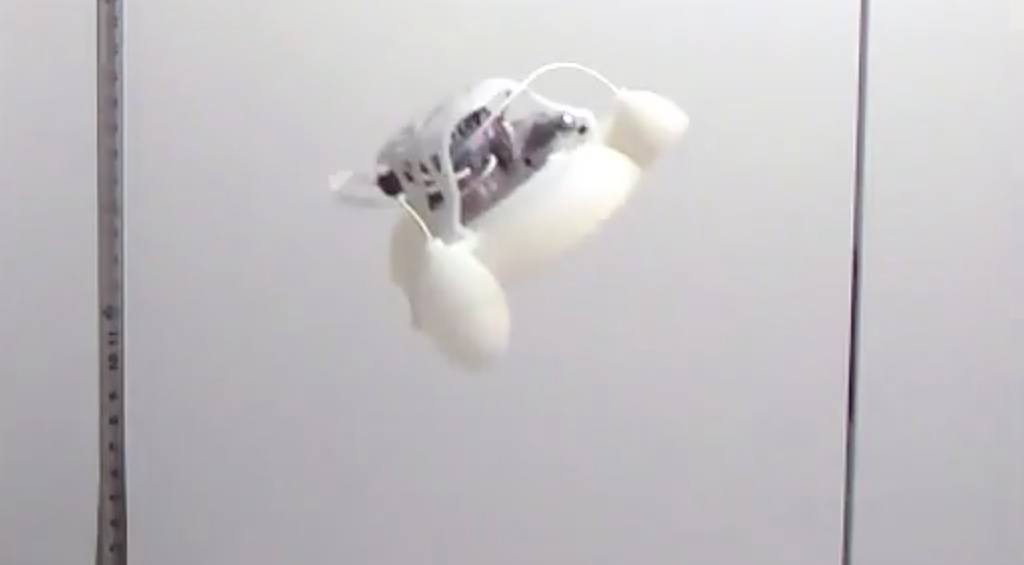 The study’s editor added that, in the future, such soft-bodied robots may be able to squeeze into tight spaces or work in environments where they could be crushed. However, it is hard to ensure efficient power transmission in a soft-bodied device. They have, thus, produced an efficient jumping robot in which the gradations in the hardness of the body materials also improved robustness.

The explosion-powered robot, based on a previous design from previous work of study co-author and chemist George Whitesides, the Woodford L. and Ann A. Flowers University Professor, is made up of a soft plunger-like body with three pneumatic legs and the rigid core module, containing power and control components and protected by a semi-soft, 3D printed shield. It may be a long time coming, but if all human creativity seeks to replicate nature, then soft robots are going to be the only way to try to replicate animals and humans. And it looks as if 3D printers (perhaps even 3D bioprinters) are going to play a big part in this.