NASA is 3D Scanning on Mars and 3D Printing on Earth

“If this species is to survive indefinitely we need to become a multi-planet species. We need to go to Mars, and Mars is a stepping-stone to other solar systems.” – Charles Bolden, Administrator Of NASA, April 2014

Mars — first noted millennia ago as a strange red object in motion against the backdrop of the stars.  Who would have thought that just 3,500 years after ancients observed the motions of Mars that humans would not just have robotic probes sending backing inspiring images of the red planet, but that our species would be making bold plans to inhabit it. NASA has just announced that 3D printing has provided a means to ‘replicate’ a meteorite found on Mars, printing an object on Earth from images gathered by a probe on an entirely different world. 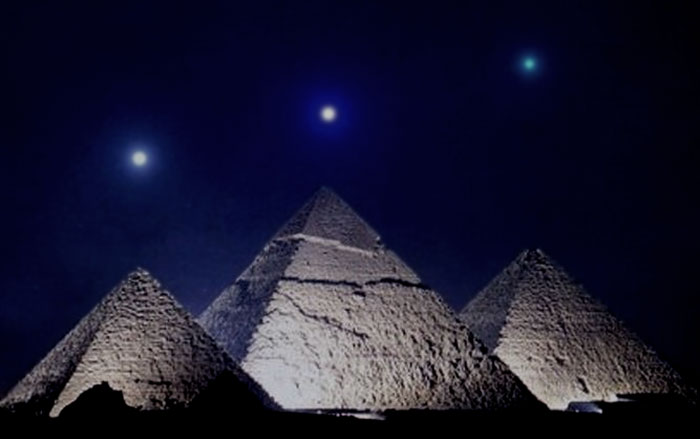 The history of the human relationship with Mars is a lively one. The confirmed observations in 1534 BCE by the ancient Egyptians were bested by Babylonian astronomers who made regular records of the positions of the planets and noted that Mars made forty-two (the tongue-in-cheek meaning of life for anyone who has read The Hitchhikers Guide To The Galaxy…) circuits of the zodiac every seventy-nine years. By the fourth century BCE, the father of modern academia, Aristotle, noted that Mars disappeared behind the Moon indicating the planet was farther away. Ptolemy, a famed ancient Greek living in Alexandria addressed the orbital motion of Mars in Almagest (also known as Syntaxis mathematica or Μαθηματικὴ Σύνταξις) Western astronomy’s fundamental text for nothing less than fourteen centuries. In the East, Chinese astronomers had also calculated the path of Mars in the fourth century BCE. In the fifth century BCE, in India, the Surya Siddhanta estimated the diameter of Mars.

On to the era of the telescope, in 1610 the first observation of Mars through a telescope was made by Galileo. In 1672 the diurnal parallax —looking at an object from two different places creates the means to make calculations about it’s distance and other geometrical properties, akin to why we have two eyes — of Mars was measured with greater precision by Giovanni Domenico Cassini. Christiaan Huygens became another notable observer of Mars by becoming the first person to draw a map of the red planet with terrain.

Many more notable observations have been made since, ever more accurate, ever more reliant upon technological progress, until the time that the marvels of modern technology have allowed us to bare witness to the surface of Mars via probes. The are projects aiming to populate Mars such as Mars One’s aim to establish the first human settlement in 2023, early talk of terraforming, and we are already making our mark on the Martian surface in ways similar as to the Earth.

On the 14th of this month Mars was exceptionally close to the Earth, the closest for six years, a coincidence that proved exceptionally good timing, as the Earth’s moon was rendered red during an unusual lunar eclipse. The relative surge in interest produced by this rare event also created excellent timing for educational opportunities related to astronomy, space exploration and space technology. Indeed April 22nd – 24th saw the Explore Mars summit in Washington, D.C., USA, where some 1500 delegates from politics, academia and business converged to discuss Mars at the George Washington University.

To quote: ‘Explore Mars was created to advance the goal of sending humans to Mars within the next two decades. To further that goal, Explore Mars conducts programs and technical challenges to stimulate the development and/or improvement of technologies that will make human Mars missions more efficient and feasible. In addition, to embed the idea of Mars as a habitable planet, Explore Mars challenges educators to use Mars in the classroom as a tool to teach standard STEM curricula.’

The US has committed to extend its support of the International Space Station until 2024. This primarily provides further opportunity for experiments in micro-gravity and an orbiting outpost for private space companies — pertinent since the first docking by the craft of a private enterprise with the I.S.S. took place over Easter thanks to Space X. From there the aim is to capture an asteroid and deposit it in orbit around the Moon next year. The third stage of a development strategy to set the US, and mankind, on the path of interplanetary manned exploration is to develop capabilities to fulfill President Obama’s challenge to that nation to send humans to an asteroid by 2025 and to Mars by 2030. 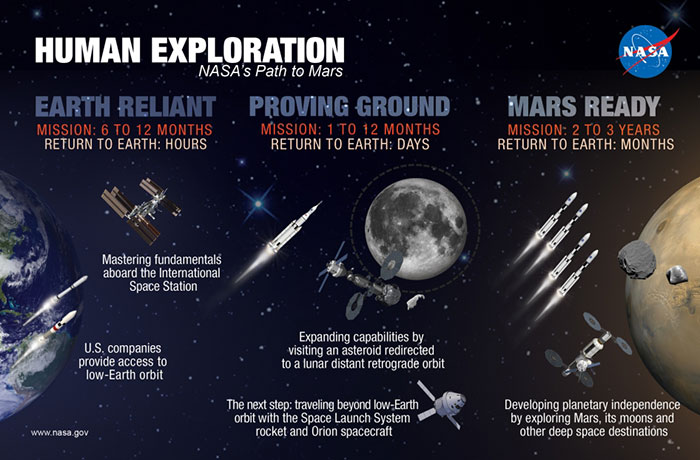 I’d be so bold as to suggest that most of our readers will witness man walk on Mars in their lifetime. On 20 July 1969, 530 million people, about one in seven of the entire population of the Earth, watched Neil Armstrong become the first person to walk on the surface of the moon – particularly amazing as the broadcast was not shown in what was then the Soviet Bloc, and it was shown around 3 am in Europe. The inspirational effect of mankind’s journey into space, its keystone events and the unifying effect of stepping out together provide a bedrock for the future. And 3D printing has its own key place to play in that journey.

Alongside 3D printing propulsion rockets, moon bases, sending 3D printers to the International Space Station, 3D printed food for space travel, even terra-forming in a mind-blowing technology that may allow actual tree’s, modified to geo-engineer Mars, to be 3D printed and more; now the first example of scanning on one planet to 3D print on another has been announced. NASA has just 3D printed a meteorite that is located on another planet here on Earth. In a first of its kind, precise measurements (by a rover on Mars) were taken and a version of it was 3D printed on our home world. 3D printing demonstrating its potential to open the door to the replication of objects and terrain elsewhere in space, here on the Earth.

For readers unfamiliar with the terminology, rocks in space fall into a number of categories: asteroids, meteors and comets, being the top level of category stratification. Think ‘big rocks but not big enough to be spherical like a planet, or clear a path around itself or other objects like a dwarf planet’ for the former; ‘small rocks’ are meteors; ‘icy rocks’ are comets. When small rocks get caught up in a planet’s or moon’s atmosphere they become meteors — or ‘shooting stars.’ Meteorites are the ones that make it to the surface. Just to complicate that by simplification, the comets and asteroids that may make it to a planet, dwarf planet or moon’s surface are also called meteorites. Small rocks that hit big rocks.

Most meteorites break up when hitting the surface of Mars. The modern Martian atmosphere is not dense enough to create enough drag to slow them. That makes our specific meteorite in this story relatively special. The atmosphere’s of planets are not uniform. The weather report will often tell you this but in different words. Our subject meteorite had specific entry point into the atmosphere which meant that it was slowed more than usual. It also had to have a very shallow flight path. Think skimming a stone on water. These factors slowed it enough to keep it from breaking apart upon landing. 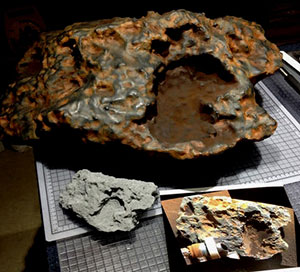 NASA scientists based the design of the plastic meteorite on detailed measurements and stereo images taken by Opportunity’s panoramic camera, or PanCam. The rover took pictures during its 360-degree study of the meteorite some five years ago. Researcher Kris Capraro of NASA’s Jet Propulsion Laboratory has said that one reason the rock could not be replicated back in 2009 is that the rover could not see every square inch of the meteorite. The missing data created holes in the computer model rendering it unfit to be replicated by 3D printing.

The meteorite on Mars is about the size of the inside of a kitchen oven, which is much bigger than the building space of the particular 3D printer used. As is fairly standard in such cases, the computer model was therefore broken into eleven sections. Some 281.11 cubic inches of ABS (acrylonitrile butadiene styrene) were used. Also 37.29 cubic inches of plastic to form the support structure inside the rock model. Capraro said: “It’s been an interesting challenge to create the large 3D model… it’s the next best thing to bringing real Martian rock samples back to Earth.”