If you read Tyler’s coverage of the Sad Face controversy, you’ll see that there is a lot of great conversation taking place in the comments of both articles. By uploading your 3D models to a public place, are you forfeiting ownership? Or are you setting a precedent for a possible copyright?

3D modeling sites like Thingiverse and Cults. have responded with their own positions (in favor of modelers). Now, MyMiniFactory, the largest source of curated 3D printables, has responded with what it calls “labelling-as-a-service”, with which designers can “sign” their objects with their MMF username and a shortened url to the design.  That way, if someone does download them for 3D printing, attribution will remain attached to the object. To implement the option, all they have to do is check a box when uploading their designs to the site. In this way, MMF believes that they give their “designers peace of mind that sharing their work publicly does not mean that they are relinquishing ownership.” 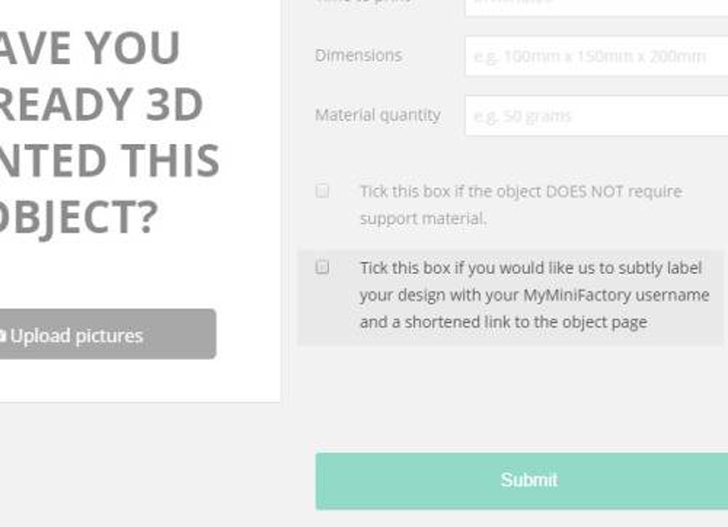 The site describes the philosophy that led to this feature in a blogpost, “MyMiniFactory believes in empowering creators and helping them connect to their audience. 3D printing allows the most talented 3D designers to share their creativity on a massive scale, with little friction and no gatekeepers. Combined with freedom and respect of ownership, we believe that openness and sharing will allow many artists to emerge and these designers to earn better than ever before.”

Hopefully, by embedding these labels into 3D printable files, it will be more difficult for would-be thieves to download and sell the objects themselves.