The CARAPACE PROJECT brand is a way for MHOX design studio (Alessandro Zomparelli and Filippo Nassetti) to use their generative software and SLS 3D printing technology to explore new types of products. These range from immediately useful items, such as jewelry and iPhone cases (like the one I have), and conceptual products such as their masks and ear covers, imagined as a “carapax” or external skeleton that protects eyes and ears from over-stimulation. 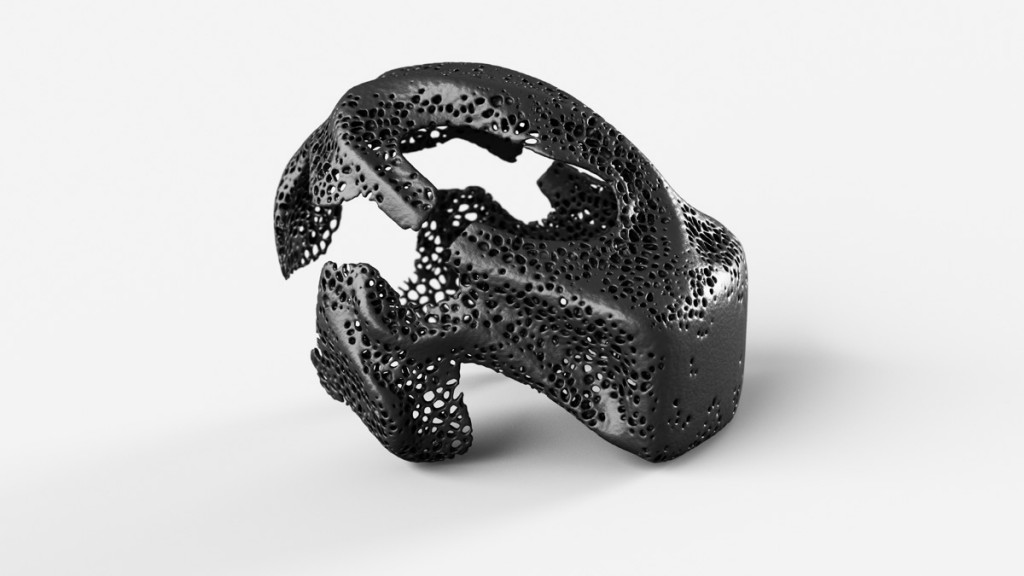 Perhaps inspired by the many announcements and upcoming releases of VR headsets, such as the Oculus Rift, their latest project they combine both their practical and conceptual approaches by creating a VR mask that is both an exoskeletal shield and a hold for a VR headset. “The environment itself is now embedded in the product,” says Zomparelli, “[creating] a prosthesis that extends the potential of the human body to the exploration of multiple possible virtual worlds.”

MHOX’s intention – to both shield the user from external stimuli and, thus, surround them in a fully immersive experience – is immediately clear; however, the the whole of the VR mask concept goes quite a bit deeper than that. Along with the VR visor, the conceptual system also integrates BCI (Brain Computer Interface) sensors, providing an immersive experience based on a deep symbiotic interaction between the device and the user. 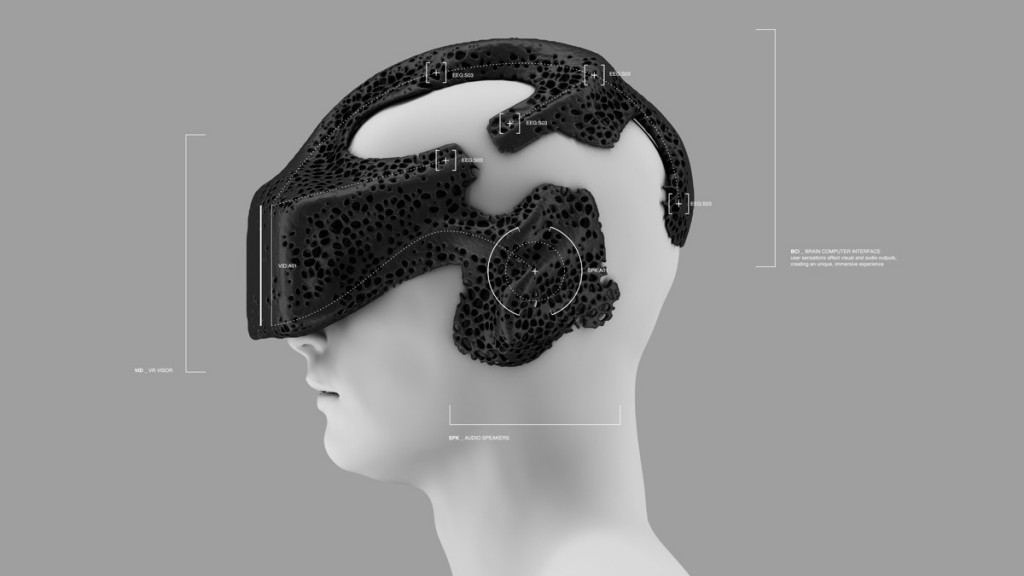 “Using neurological information,” Zomparelli goes on, “it is possible to alter the virtual experience of the individual according to personal sensations, amplifying or transforming visual or auditive streams on the basis of different mental states. This allows software developers to create sensitive environments that feel user sensations and react accordingly.”

3D printing technologies enable full mask customization based on the exact shape of the user’s head, through the generation of an intricate design that seamlessly extends the user’s senses and alter their aesthetics. “A new biodigital identity is defined,” Zomparelli concludes. “It emphasizes the deep influence of technology in the relations with other people and the environment, to the point of shaping another possible evolution of the human body.”

Even without the integrated neurological interaction, the Carpace VR-mask offers advantages that may see a preliminary version of it actually produced and marketed. For example, it makes wearing VR goggles more comfortable and helps isolate the user from the external environment.  It may take a bit longer for an actual “Strange-Days-like” VR-mask to arrive on the market, but it will probably be long before MHOX’s packaged bionic eyeball (which, by the way, is expected by 2027). 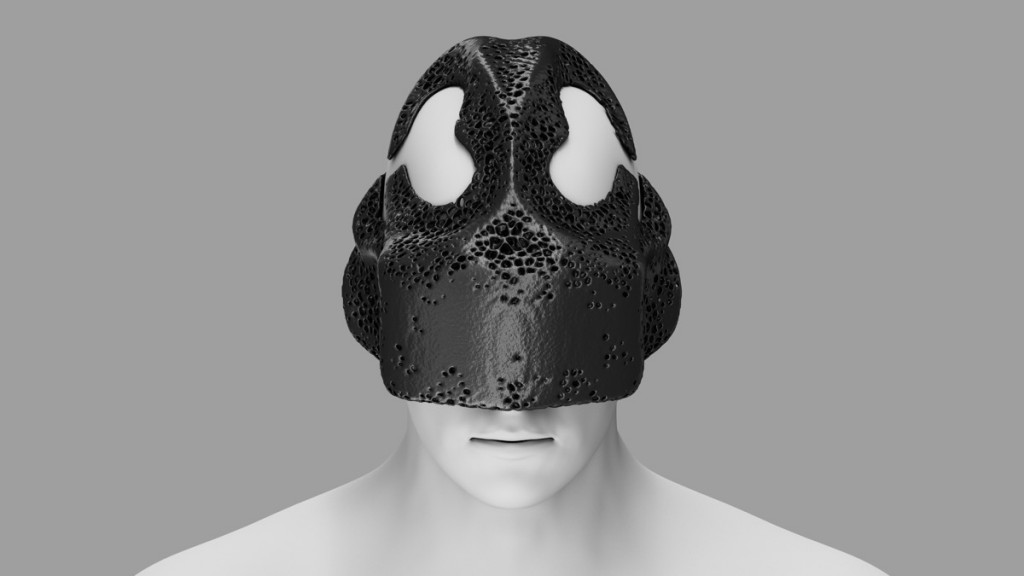