McDonald's Immerses Kids in the VR World of a Marketing Campaign

Wanna see something terrifying? Here’s a photo of children whose eyes have been replaced by Happy Meal boxes. Agghhh! 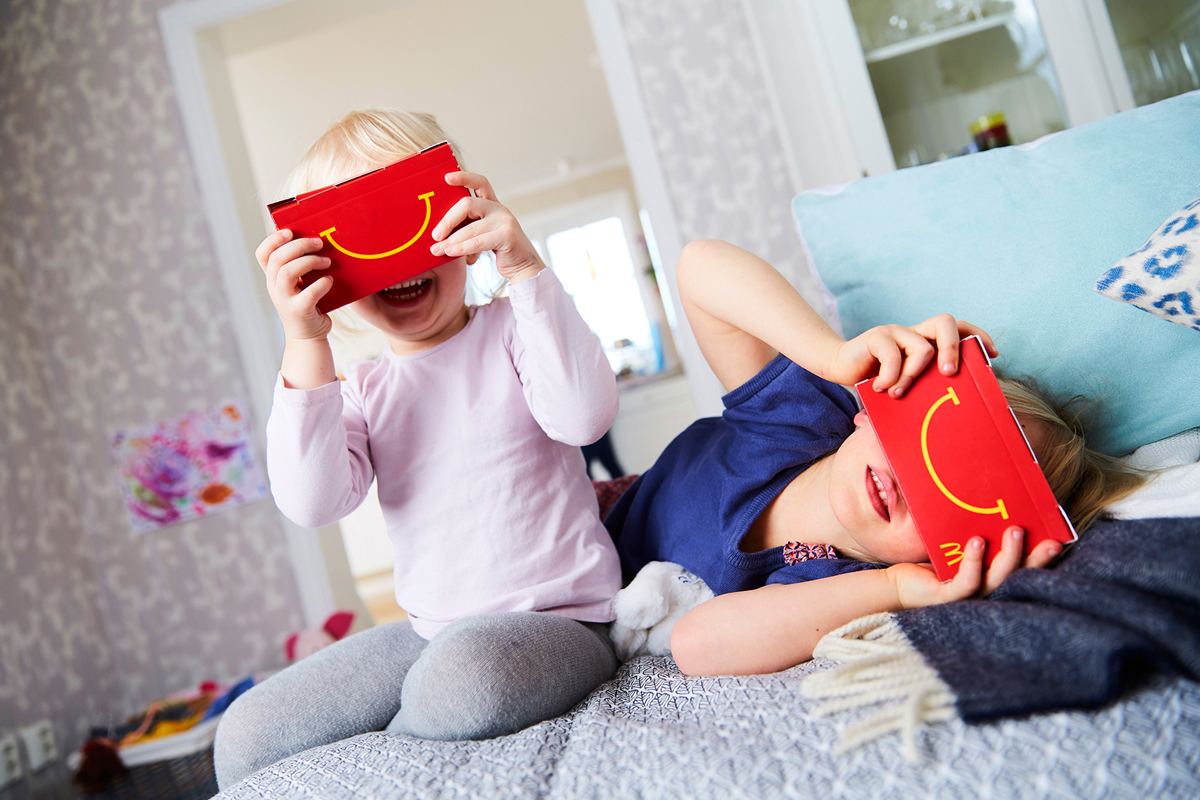 Ok, so that’s not entirely accurate, but their eyes have been… virtually replaced with Happy Meal boxes? These Happy Goggles are the latest treat to from McDonald’s Sweden, who will be making 3,500 of them available at 14 restaurants across the country over the weekends of March 5 and March 12 for a price of $4.10.  Kids can just tear their Happy Meal boxes along the perforated lines, fold them, and insert the included VR lenses to begin VR-ing.  Play a game involving greasy fast food for immersive smells.

These Mickey D-branded Google Cardboard headsets are being pushed out just in time for the Swedish holiday of Sportlov, in which Swedish families take to the slopes for the love of sport.  Along with the headsets, McDonald’s has released a skiing VR experience called “Slope Stars”, which can be used with any mobile VR headset and can also be played without VR altogether. The push is tied to the Swedish “Sportlov” recreational holiday, during which many families go skiing. With this in mind, McD’s created a ski-themed VR game, “Slope Stars,” for use with the oggles (though they work just as well with any mobile VR experience). The game can also be played in a less immersive fashion without them. 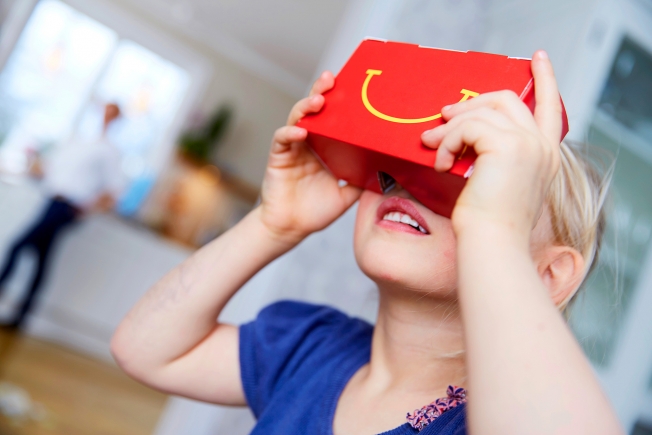 The concept was developed by DDB Stockholm, while North Kingdom Stockholm developed the game itself.  Jeff Jackett, marketing director at McDonald’s Sweden, explains what he perceives as the value of the initiative to AdWeek, “Parents can learn more about their children’s knowledge and experience of the digital world. And purposeful gaming can also be a great joint activity that helps families interact on equal terms.”

Child psychologists Karl Eder and Fadi Lahdo have, according to the fast food giant, “evaluated Happy Goggles and also presented a recommendation on how they should be used” and determined that “the gaming can be a good joint activity that makes it easier to hang out.” If the campaign does well, you might see kids worldwide shoving their faces into their Happy Meals for more than just the fries.