Anna Kaziunas France, who teaches digital fabrication at Fab Academy at AS220, recently uploaded a project to Thingiverse, documenting the process of making and using 3D printed chocolate moulds.

Starting with a 3D scan of a Halloween decoration that she had made previously, Anna created an OpenSCAD script to generate a box mould. The parametric script allows for several adjustments, such as size and spacing: 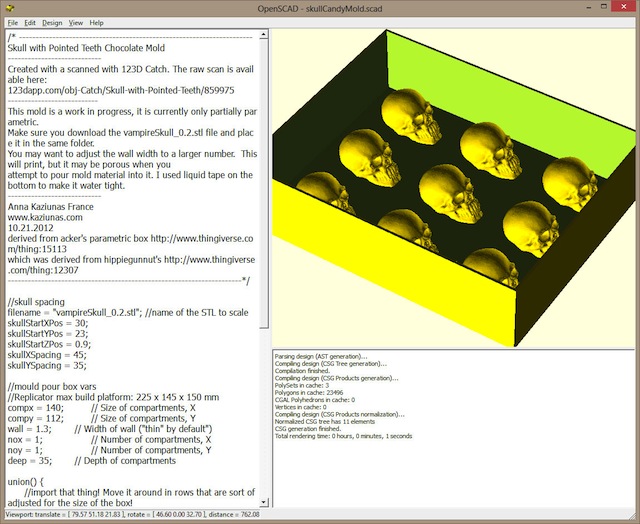 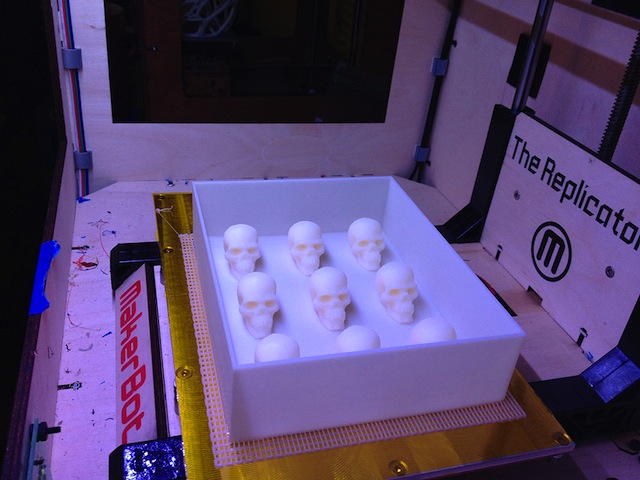 To make the negative mould for the chocolate, silicone rubber is poured into the 3D printed box and cured. The resulting mould is then food-safe and flexible.

After double-boiling some chocolate, it gets poured into the silicone and left in the fridge for 20 minutes to harden. Once hardened, the chocolates can be demoulded: 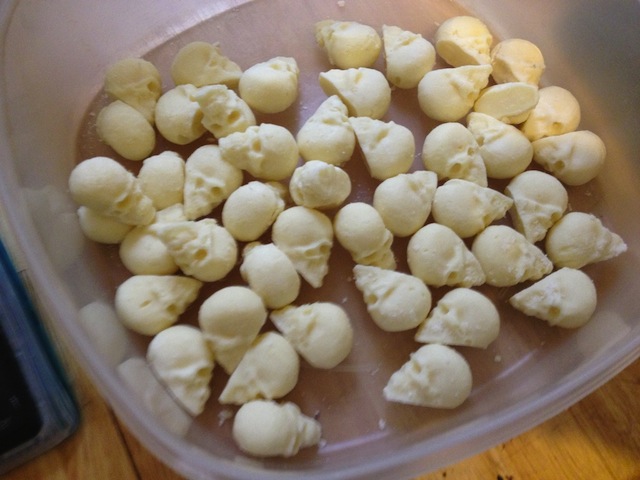 If it were up to me, that would be the point at which the chocolates began to disappear… But Anna went all-out and 3D printed little trays for the white chocolate skulls, and wrapped them in treat bags to give away: 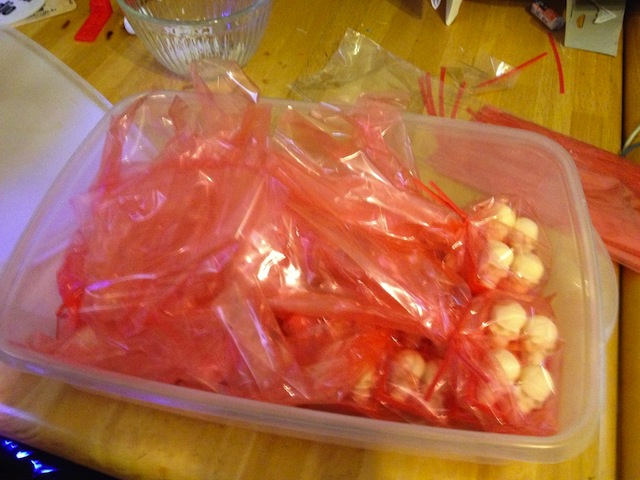 The process is a lot more involved than I would have guessed (for example, I’d never heard of anti-smudging candy maker gloves), but the result is definitely worth it.

To read the full, detailed process and try it for yourself, check out the project page on Thingiverse