MakerPoint and the Future of 3D Printing Retail

Ah, MakerPoint. The place where all the teens go on Friday nights to start making. Overlooks the ol’ rock quarry, amiright? Nope. That’s a different kind of point for a different kind of making.  Based in Arnhem, The Netherlands, MakerPoint is an extensive online retailer for 3D printing paraphernalia that is representative of a possible trend in large 3D printing stores already begun by iMakr.

First of all, Makerpoint carries a huge range of products, reaching into all possible categories related to 3D printing. In addition to the nation’s own Ultimaker, the online retailer also sells Cube, Replicator 2 and Builder 3D printers. They also carry some standard filaments and extra parts for 3D printers, but it’s clear from their website that they’re planning on expanding. The web store is still in development, but MakerPoint is intent on carrying the 3D modelling software NetFabb and has already begun selling both entry-level and industrial grade 3D scanners, exclusively from 4DDynamics. 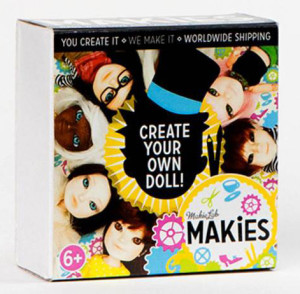 The company seems to model itself after iMakr, in that they also carry more standard retail items: iPhone cases, jewellery and toys.  So far, all that’s listed in the toy category is a variety of items from Makielab — not a bad start — but I get the impression that Makerpoint is thinking big, trying to carry “named brand” 3D printing items. However, I’m not sure if they’re aware that this might be their strategy, seeing as how the jewellery isn’t designed by artists well-known in the 3D printing world, but a look at the 3D printer brands they sell seems to be an indication that they’re after names that people might recognize.

MakerPoint, like iMakr, is also planning on opening a physical location in the coming weeks (or even days). At the brick-and-mortar store, it will be possible to obtain 3D scanning and modelling services from the company. In my mind, I envision a sort Maker’s version of Apple’s Genius Bar located to one side with a variety of goods, printers, scanners and printed objects, scattered about.  But maybe MakerPoint isn’t striving to be like iMakr. Instead, maybe they’re both reaching to be new iterations of Best Buy or some other large electronics store.

Already taking shape in the world of 3D printing retail is a range of shops that vary in terms of size and products offered. Some will be born out of hackerspaces, selling mostly RepRaps and RepRap parts for tinkerers. There will also be types that may carry a variety of items, but remain small – mom ‘n’ pop shops that simply sell 3D printer goods because they’re passionate about 3D printing. Finally, there will be those like iMakr and MakerPoint, the Best Buy equivalent in the Maker world.

Carrying “name brand” items in every category, these will be the places that dominate the marketplace until we see whole 3D printing department stores with tailored and printed clothes on level 3, auto parts on level 2, electronics on level 4 and so on. Then, some new technology will creep up — perhaps, a machine that obsoletes all else, which, when you point it at something, it automatically transforms it into an upgraded form of itself. When pointed at a cassette player, it would have made a discman, which would become an mp3 player and, then, a smartphone. In this future, we would have to ask ourselves, what happens when we point the thing at itself?