The Lionhead combination 3D printer and scanner, the upgrade of the Lionhead Bunny  that we covered earlier this month, has finally gone to Kickstarter and it is even more impressive than its elliptical website had alluded to back then. 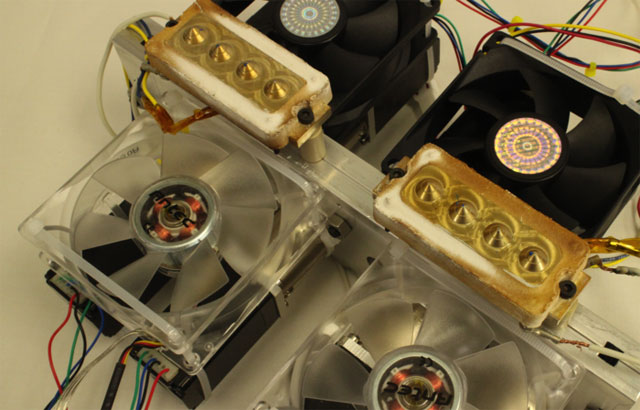 What we knew when first writing about the multiple extruder Bunny machine was that it was capable of scanning objects with the use of an internal 3D scanner. Scans produced are processed via the company’s Radiant Li software, which, based off of games like Minecraft, works with easy-to-manipulate voxels. What we didn’t know was that its upgrade, the Lionhead, has 8 extruders, compared to the Bunny’s 4, by far the most out of any desktop printer that I’ve come across. What’s really exciting, though, is that the company is health-aware. Already responding to the recent study conducted on ultrafine particles emitted by 3D printers, the company has built carbon air filters into their machines, something that should definitely be considered by any company looking to bring a new 3D printer to market — or as an upgrade to existing 3D printers already on the market. 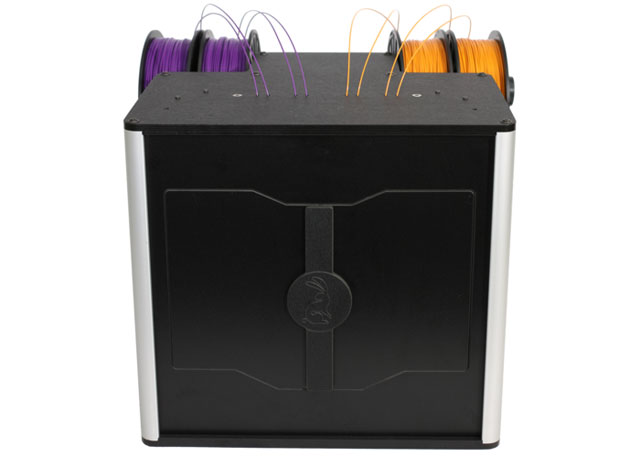 The project is set for a relatively modest funding goal of $60,000, which will be enough to render the Lionhead capable of simultaneous printing with each of its heads, leading to a quicker print time or the printing of multiple objects at once from each head. If they manage to reach their stretch goals, however, the Radiant Fabrication team will make the Lionhead 3D printer capable of printing in up to four different colours and two different materials, such as PVA, the water-soluble plastic used to create dissolvable support structures. Further stretch funding goals include incorporating an import feature for Minecraft models and WiFi connectivity for their Lionhead 3D printers. And, if they can reach $300,000 on Kickstarter, the team will incorporate laser line scanning into their printers, as opposed to the currently featured silhouette scanning. This will make it possible to achieve higher resolution prints. 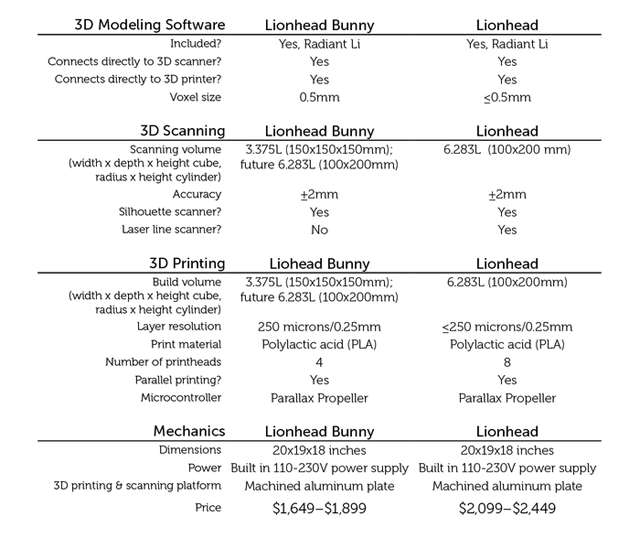 If you believe that using current desktop 3D printers is too difficult, the Lionhead with Li software promises to be easy to use, according to Radiant Fabrication, thanks to the easy to manipulate software and many automatic features of the printer itself.  If you haven’t been convinced to fund the project, try watching the Kickstarter video below: