NEO 3D is a delta 3D printer made by a team in Indonesia, one of the world’s fastest rising economies, and, from a maker perspective, home to much potential in home based manufacturing. The NEO 3D boasts a high print volume of 400 mm (X/Y/Z not specified and a touch-screen interface, support for conventional 3DP opensource software, not to mention a 2 year warranty and local support.

Why are projects such as NEO 3D good for a fast developing, geographically massive nation such as Indonesia? What positives for the quality of life of all walks of life may widespread adoption of interest in such projects provide?

Let’s have a look at some data and postulate some potential positive ramifications from home 3D print projects for such an economy. As of March 2013, Indonesia’s economy baseline outlook for growth is expected to be 6.2% in 2013 and increase to 6.5% in 2014. The country’s gross national income per capita has steadily risen from USD$2,200 in the year 2000 to USD$3,563 in 2012. 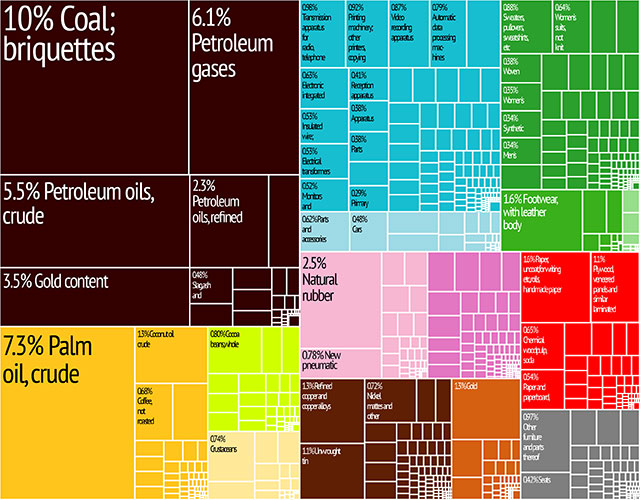 Indonesia has a Debt-to-GDP ratio that would make most westernised societies green with envy, indeed, it is falling: from 61 percent in 2003 to 24 percent in 2012 [1].   Indonesia has a 2005 – 2025 development plan, segmented into 5-year medium-term plans, each with different development priorities. The current medium-term development plan covering 2009-2014 is the second phase, which focuses on: promoting quality of human resources; development of science and technology; and strengthening of economic competitiveness. 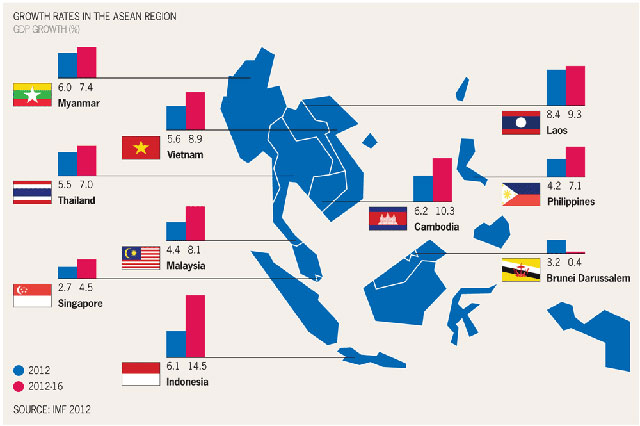 The development of Science and Technology, within an effectual framework of Science, Technology, Engineering and Manufacturing (STEM), can be in part catalysed by home maker projects, which then feed through to become start-up Small and Medium Enterprises (SME’s), in turn, as those SME’s become profitable, thus its staff well paid and the purchase power is expanded for those individuals, expanding by middle class wealth: filtering through to Middle-Up demand-led middle-class growth… as opposed to the Trickle-down supply-led illusion of unregulated, tax-avoiding Liaison-Faire economics that resulted in the global economic crisis of 2008-2013.

Just as importantly such Middle-Up not Trickle-Down projects result in pure home manufacturing, whereby the poorest may be granted access to localised community production via RepRap-style projects and even the very poorest may utilise materials by upcycling from discarded extant products from rubbish dumps, a way of living that we still witness in hundreds of millions of the world’s poorest.

You can find a link to the Indonesian RepRap forum here. 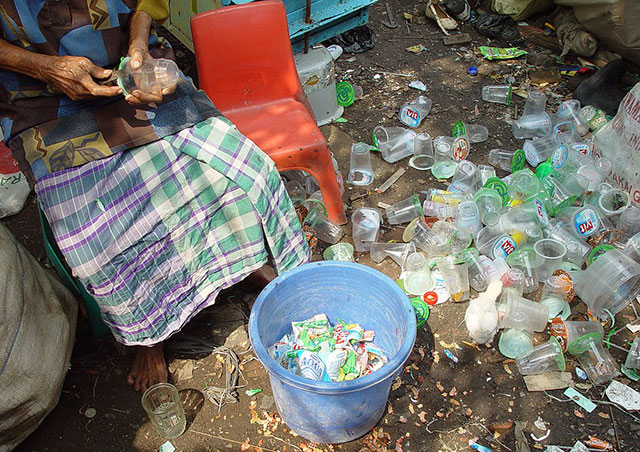 Out of a population of some 234,000,000, more than 32,000,000 Indonesians currently still live below the poverty line, and, furthermore, half of Indonesia’s households remain clustered around the national poverty line, which is set at 200,262 rupiahs per month (USD$22).

Villages with small solar panel and wind turbine set-ups (such as ones that can be purchased for a mere £160 from my local electronics chain store down the road – exchange rate and supply chain logistics excepted), and a 3D printer or two, can now utilize a host of 3D printer filaments such as wood (Laywood), cement (LayBrick) and PLA, which is biodegradable, to vastly increase the range of items that can be produced at a local level. 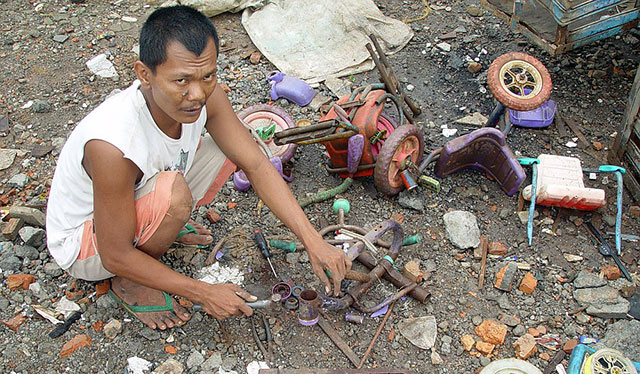 Capitalists need not induce outdated fears regarding socialism here: designs would be downloaded from sites that offer either, or both, free and priced designs, such as the massive range of platforms already with us. It is the designers right to offer free designs of course. This is the very spirit of opensource and Creative Commons.

It is also the designers right to charge for designs. They have put time, effort and money into developing their designs.

The most successful economies of the near future will be ones that adopt both an opensource ethos and maintain stringent Intellectual Property for those who wish to copyright. Opensource not solely based upon the crowd-sourcing of products, which is based upon innovating via user input, via online surveys, or, increasing, even literally full designs.

For those who are against all copyrighting, bear in mind that the produce of mankind includes weapons that can cause serious harm to others, and more mundane items that can cause a serious danger to self if not used correctly. The world is waking to the new, true, ‘third way.’ The third way of making: subtractive manufacturing, moulding, and now additive manufacturing – 3D printing. A way of making that empowers the user: not just the business owner and investor; not just the state that takes possession of its nation’s means of production.

The spectrum of the past, that places ethos of ownership of means of production on a sliding two dimensional scale from left to right may be coming to an end.

Neither is this, solely, just another Napster moment. This is not about just piracy.

This could be about lifting a proportion of the world’s poor from poverty via home and localised making, about creating middle-class wealth to increase purchase power in the wider economy and about facilitating existing large businesses via the many direct benefits that additive manufacturing can offer on an industrial manufacturing scale, plus the profits garnered from the wealth spent by a more affluent middle-class and opportunities created by opensource via crowd sourcing.

Or, it could simply just come to pass that we quash this opportunity with totalitarian vigour: stamping Intellectual Property into the consciousness of the public via the mass media, uniformly irradiating it into the 3D-printables made via home 3D printers without user choice, burning it into protocol software for 3D printing that do not give the designer the choice to create for free or with freedom of choice for the form of their design. This author can only advise caution regarding potential hysteria regarding black market fears.

Keep an eye out here at 3DPI for an excellent forthcoming article by the former Intellectual Property Adviser to the Clinton Administration, who has also held many other positions of similar primacy.

The link to the slightly blurry YouTube video for the NEO 3D can be found here, as no website or contact details appears to be online at this stage of the team’s interesting project.