Every once in a while, we’re given a project that takes us in a different direction to that which we first anticipated. That’s what happened here to Mike, but his open nature and equally open mind have resulted in a great interview with 3D designer, Justin “Jin” Hao Yu Villa.

The sky above the port was the colour of television, tuned to a dead channel[1]. I jacked into my terminal and messaged the model-slinger to see how he’d gotten so far so fast and where he saw his future sitting. I was meeting with Jin in an abandoned web saloon, the remnants of the once great Gmail, now deserted by users who had feared the loss of ownership over their personal data and seeing it sold to the Syndicate.

See, Justin “Jin” Hao Yu Villa, aka “Kong in Chains”, had been on a 3D modeling rampage since graduating Vancouver Film School in 2004. With an arsenal ranging from zBrush to Maya, the Philippines-based artist had been a working pro for more than 6 years, taking on big name titles including: EA Sports’s Tiger Woods PGA Tour 2010, the film Hoodwinked, and Game of the Year award winner, Unchartered 2 for Playstation 3.  The creatures and characters he made for film studios, game developers, toy manufacturers, and pretty much any cultural construction you can imagine were so realistic they could give you the most beautiful dreams or the worst nightmares.  And the kid was only 29 years old. Now, the sharpest easel in the East was bringing out the big guns with 3D printing.

He’d been capturing heads for some time. It only made sense to carve out a bust to be 3D printed. So Jin took his modeling skills and rendered the man’s head in Mudbox , sealed it on the bottom, and figured it’d print. Here’s the bust of the guy now, produced on an EOS 3D printer:

There’s a lot of coin to be made for crafting crisp sculptures. The client even had young Jin put the head he was modelling on top of a Sphynx, too. 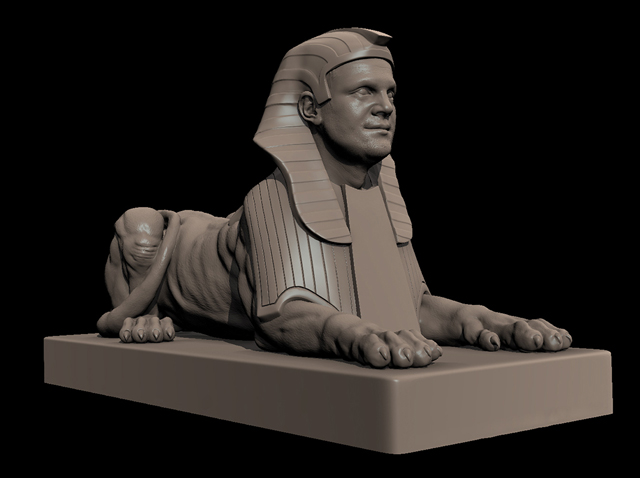 Damn. My eyes grazing the terminal, I was struck by the detail. So real… yet… not. What was going on in this kid’s head?

I would have Skyped him, digital face to digital face, but my boss, Klaus Schroeder, had become a real hard ass since he lost control to senility. Schroeder would kill me if he caught me working a second job on his dime. I needed to get my story on Jin to the homepape by 6 pm on Sunday, Los Angeles time – which was 9 AM on Monday for the publishers in Bangkok. There was one way I could interview him that was easier to conceal from Schroeder, via the old fashioned method: email.

“You’re a CAD artist, right?” I messaged him. “How’d you get into the 3D printing business?”

“I was simply found online by a company specializing in 3D printing statue busts to be used as mementos for deceased individuals on top of their tombstones,” he replied. Wow, I thought, the kid is a lot gentler than I anticipated, based on his reputation. Seemed smart, too.

I sent him over a picture of a personal hero and asked, “How long would it take you to do something like this?” 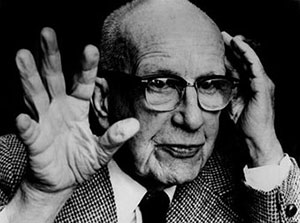 “Hhmmm,” the artist replied cooly, “Roughly 3 to 4 days, with all the fine detail in it. I find the bulk of the time is spent trying to get the likeness of the individual.”

“How much will it cost?”

“Depends on who the client is and how detailed and accurate the model has to be.”

“You? Don’t you have bigger fish to fry than printing out a man’s head?” He was right. First came rent, then commissioning art projects.

“Ok. Not me. But you are looking for more clients, right?”

“Yeah. I definitely want to venture into the 3D printing industry further – land more clients. Eventually,” I imagined him taking a drag from an electronic cigarette at the other end of the network, “I’d like to land some work for the figure collectibles industry, sculpting mainstream icons like superheroes and cartoony characters,” he paused, “You know, in the future.”

“The future,” I laughed bitterly. “What do you think the future holds for 3D modeling and 3D printing? When will the virtual and actual meet?”

“Currently 3D printing is being used to create cleaner sculpts in less time in addition to taking advantage of the posing tools to make last minute changes fairly quickly upon request by the art director. Something you cannot do as freely working the traditional way. As for 3D modeling bridging the gap between virtual and reality, I believe it is already happening right now with the Oculus Rift. Who knows, perhaps someday we’ll be able to sculpt inside a virtual reality system and then be able to print it into the real world at a push of a button.”

There was a silence there while I considered the possibilities.  This kid, he saw things differently.  Maybe he was right.  Maybe the future’s bright.

Jin continued, “Right now, I am just glad to be self-employed, a work-for-hire freelance artist offering my services, but perhaps someday I may want to start my own outsourcing company. Maybe a school. Maybe even start my own 3D print shop, selling figurines and dioramas of my own designs.”

He sent me over a picture of something terrifying he’d made – nothing at all like the kid’s personality. 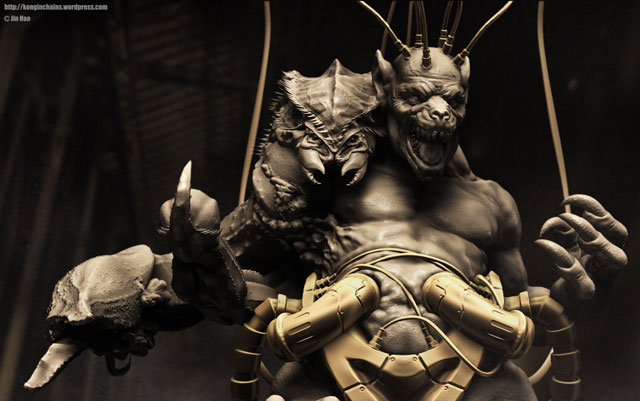 “I often do not like to choose favorites, but, if I had to, it would be him: the mutated tyrant beast merged with a lion and scorpion.” He stopped thoughtfully. “That was also the model I learned the most from to help me grow as an artist.”

“Well, with your talent, you’ve certainly got a lot of options ahead of you, kid.”

“But rest assured I don’t really mind even if i just kept working as an independent, self-employed artist for a few decades longer 🙂 I also wouldn’t mind taking that chance to relocate back to the west to work for a major studio.”

Thinking about the climate’s nervous breakdown and the covert wars being conducted by the Syndicate in plain sight, staring at the virtual people Jin had created to look so stunningly real to the point you might wonder if they know what suffering is, I took a sip from a glass of my blended fruit, spinach, and chia seed and asked gravely, “Jin… What’s the meaning of this life? I mean, what is this reality thing? What the hell is going on around here anyway?”

He replied, through the vast, cool network of cables and waves and bits of information spelling out our existence like rain against the aluminum rooftop of some shanty in Rio that separated the two of us, “You know, I believe it’s different for everyone. Artists such as me like to live inside their minds and frolic in their imaginations as if it was truly their reality.”

It took him a moment to continue. “And, as for the meaning of life? That can be easily summed up in this quote: ‘I have to believe that you were sent here for a reason. And even if it takes the rest of your life, you owe it to yourself to find out what that reason is.’”

I chewed on the quote for a minute. Before he signed off to disappear back into his own imagination, he typed out, “Guess the movie where I took that quote from. ;)”

I didn’t recognize the quote from any flick I’d seen, but it was good one. Left me thinking.

[1] The opening line of Neuromancer by William Gibson.