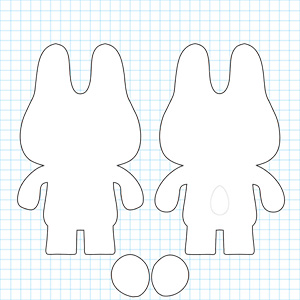 Some of the most interesting ways that 3D printing is being used involve not highly technological innovations, but a return to simpler forms of Making that don’t rely on Arduinos or Raspberry Pis. You know, something that anyone can get into. That’s what Inkimals hopes to do, if they succeed in raising $15,000 on Kickstarter.

Inkimals is not unlike the Monstermatic app we covered in September, in that it has you creating custom 3D printed creatures. It differs, however, from Monstermatic in that you don’t design module monsters using a fancy app on your iPhone, but with pen and paper. The premise is simple: print out a template from Inkimals, colour it in however you like, scan it and upload it to Inkimals. The template will be converted to a 3D model and printed for your delight via Shapeways. Alternatively, you can draw virtually on the template via the web-based app, but the principle is the same. 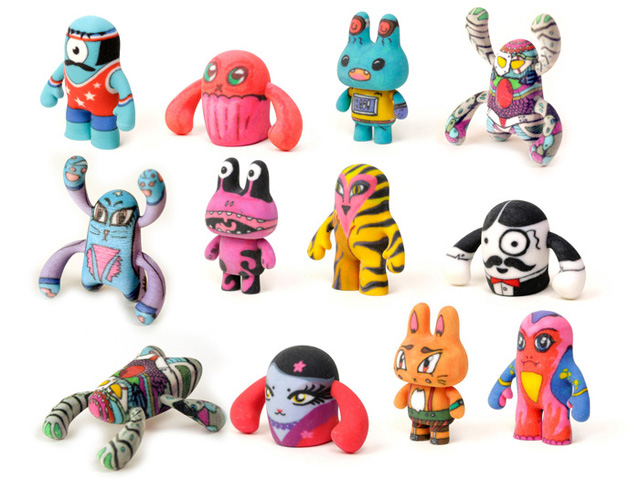 So far, the project’s creators, John and Lana Blum Briscella, have begun working on their online app and have come up with a few character templates, but they’re seeking funding to expand their character line (which means extending the web platform) and to begin production of the first series of Inkimals. If they exceed their funding goals, they’ll move on to incorporate a photo upload method for snapping pictures of your Inkimals template and sending it to the site. 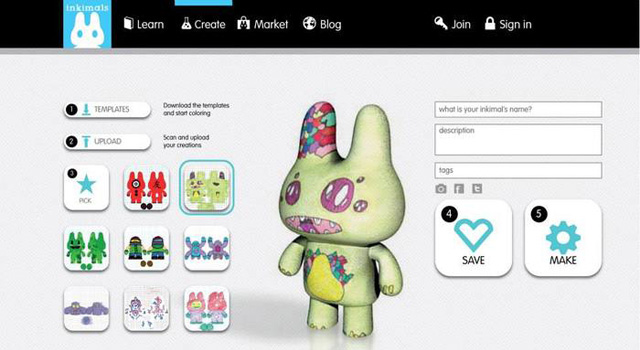 Based on the rewards, which range from stickers to 3D printed Inkimals to 12-inch tall Inkimals, it looks as though it will cost about $30 to $40 to have a small figurine made. Regardless of price (and even the lack of surface texture, when compared with Monstermatic prints) this looks to be a really easy way to get almost anyone of any skill level excited about 3D printing.  And I think that it might fulfill the hopes that the Briscellas express in their video below: the creation of toys cherished, rather than trivialized, by children.