Infinity Cell – A 3D Printed Kinetic Charger for your iPhone

If spending every waking hour accompanied by a mobile phone is something you do – and let’s face it, it most likely is whether you like it or not – you’ve inevitably come across recurring situations where the battery dies just as you’re waiting for that critical call or email. There are of course several feasible solutions to this problem, which is a ubiquitous one — considering the lagging development of battery tech compared to other parts and components of the phone — no equivalent of Moore’s law here. However, all these relatively functional solutions involve carrying around added bulk — possibly a spare feature phone or an extra battery; or your charger which means finding an outlet. These, in addition to the ever-growing size of the phones themselves, is not a sustainable solution, which is why Ideation Designs LLC have created something called the Infinity Cell Kinetic Charger. 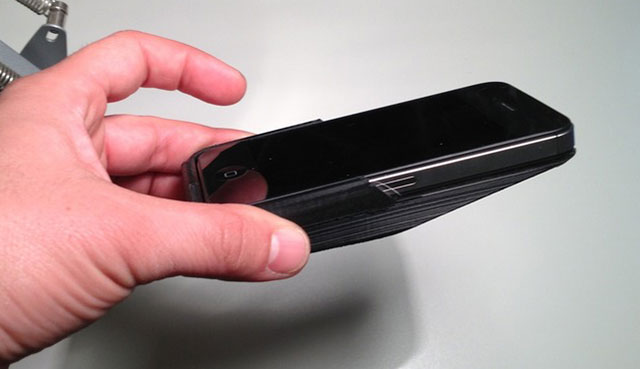 The third word in the name already gives away the fundamental idea of the project, which is to provide that added juice to your phone by way of kinetics – i.e. by just moving the phone (constantly) around. Ideally the Infinity Cell, which utilises a 3D printed ABS/PLA shell, is intended to recharge the battery by just walking around. However, according to the Kickstarter pitch video — embedded below this paragraph — this has not yet been met, so at this stage using the charger unit require some vigorous shaking action. At the moment, using an iPhone 4S as an example, 30 minutes of (dedicated) shaking equates to a 20% charge (steady 5V at 200 to 500mA), whilst getting to the often heard, rarely experienced three digit charge level currently means a full 3 hours of exercise. Take a look:

The tech should not pose a threat in terms of over charging and thus damaging the batteries, but the Infinity Cell Kinetic Charger still leaves us with a few questions:

First of all, it all comes down to the tech actually working without a dedicated athletic effort. There have already been examples of similarly targeted, niche concepts on the market that have provided acute or preventive mobile phone charging by, for example, rotating an attached crank or through solar cells etc. Therefore what would make the Infinity Cell quite unique is the fact that it should do its deed without the user ever noticing it’s there. But due to the sheer size of the product that might be quite hard to put in practice, as it weighs in at ~4.6 ounces / 130 grams, basically doubling up the (i)phone’s weight. The dimensions of the charging unit are 4.8in X 2.45in X 0.6in / 122mm X 62mm X 15mm, which also means that it doesn’t go unnoticed – when holding the unit or using the already classic right front pocket of your pants. But for women (or men?) that store store and/or carry their phones around in purses/handbags/manbags or anyother form of post-modern accessory; these logistics might not be that big of an issue. 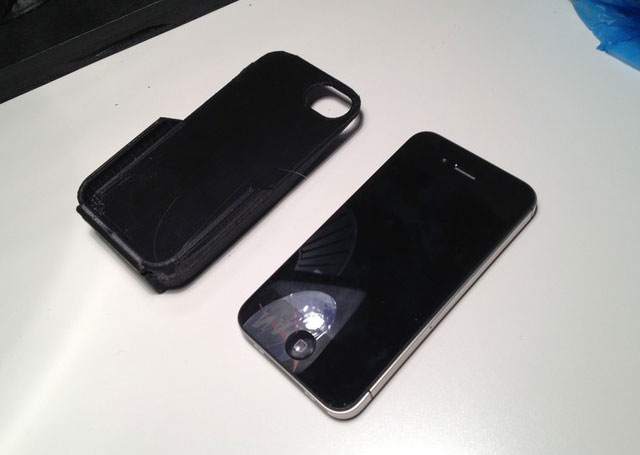 The last question mark is placed on the actual design of the product. The initial Kickstarter project is aiming to bring the charger first to newer iOS-rocking units – from 4 to 5S(!) – so even though they might be ahead of the Cupertino’s launching curve, they are also targeting the arguably more design-oriented crowd as well. Placing a cumbersome plastic covered electronics over the new phone might not be taken too keenly by the iPhone user, nor by Jony Ive’s design team at Apple. Of course there are people beyond these stereotypes, the more tech savvy, that are less inclined to put form over function. I would still personally spend a little more time iterating the design, which should carry out the same design language and hues of the original product, if Bryan Keiser, the co-founder of Ideation Designs, ever intends to become a ubiquitous household name.

Later on, the Infinity Cell is also intended to be brought to other platforms and units as well – with the Samsung Galaxy (a non-specified model) and Blackberry 10 (also unspecified, likely the Z10), and naturally this being the era of software, followed by a dedicated app to get more involved in the charging through graphs, communal with comparative user stat boards etc.

But as of now, the project has gathered 65 backers, totaling close to $12,000 for the Infinity Cell. With 38 days left, the guys still have a long way to go to reach their campaign goal of $155k, but we’ll keep a track on the Ideation Designs LLC to see if they can indeed pull it off.