SLM Solutions Group AG has just released the results from 2014 and those results look good.  In industrial 3D printing, the sale of any machine means the exchange of a large chunk of money.  In 2014, SLM had orders for 62 machines, a 138% growth from 2013, in which the company had orders for only 26 machines. 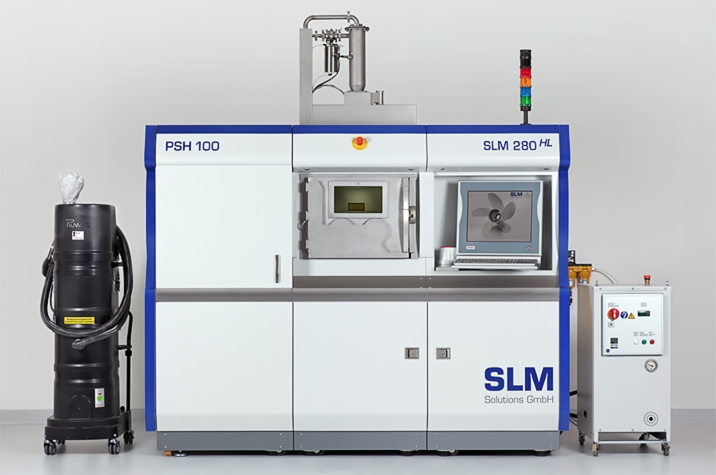 CEO of SLM Solutions, Dr. Markus Rechlin, said of their financial success, “Our order book has shown outstanding growth in the last few months. As expected, the fourth quarter made the largest contribution to the order intake over the whole year: a lot of orders came in at the most important trade fair, EuroMold, in November as well as in the final weeks of December. We are starting 2015 with order books bursting at the seams and full of drive.”

The orders included both single unit purchases, as well as multiple machine purchases from individual companies.  SLM uses FIT Fruth Innovative Technologien GmbH as an example, with FIT ordering five of SLM’s flagship SLM 500HL systems at EuroMold, the largest order the company has ever received.  Other orders were placed by the company’s existing customers, as well as by new customers in Asia and North America, markets that the company began approaching more aggressively last year.  In total, SLM sold 8 SLM 125HL, 43 SLM 280HL, and 11 SLM 500HL machines, the last of which is the company’s largest system.

CFO Uwe Bögershausen added, “Our growth has accelerated further and we are therefore starting the new year with a significant tailwind. By comparison with the previous year, we can already see a marked increase in the order book – one indicator of our growth in the financial year 2015.”

SLM is continuing to grow its North American team, charging Mark Hoefing as the new executive vice president of the company’s  SLM Solutions NA, Inc. division.  Hoefing previously worked as chief operating officer at Perceptron Inc., a laser-based metrology solutions and 3D scanning provider. Before Perceptron, worked with Rockwell Automation in a variety of sales, marketing, and managing roles.  At SLM, he will oversee the company’s North American division, which has tripled in the size of its sales and service staff.

CEO Rechlin contributed, “With the addition of Mark Hoefing, we are reaffirming our support of the growing activities in the U.S. market. Along with extending our technology leadership through a focus on research and development, expanding our international sales and service network is a key initiative for the coming years. The amplified presence in North America anticipates an increasing demand for fast, flexible and cost efficient systems that are built for metal part and prototype production.”

As the industrial 3D printing market continues to grow, with the reputation of the technology taking hold among many manufacturers, I’d bet that the company will see even more orders in the coming year.  And with more sales comes more growth, so, soon, the company’s Novi, Michigan office could have a lot of people knocking on its doors for some high-tech 3D printing jobs.