I’m pretty sure at this very moment you’ve decided you want one too.

3DShook has 3D printed a 70cm tall, 6.5kg Spongebob Square-Pants, who made his debut at the VIVA Tech show in Paris last week. The model was made as part of a collaboration with Nickelodeon France, and was set up next to a printer on the the Klepierre booth, whilst it continued printing more parts as the show went on. This showed visitors and potential customers that they too can print anything they like with their own printer. 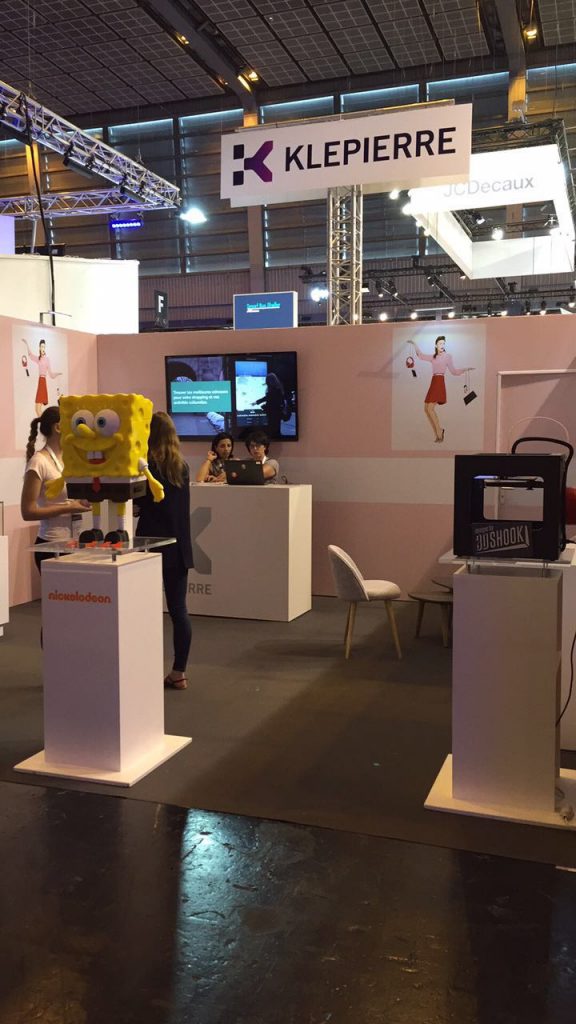 This not-so-spongey Spongebob was printed in 40 parts in PLA plastic, and was designed, modelled and printed by 3DShook. It took 670 hours to print on their 8 Makerbot rep 2, though only needed some glue to finish it. The designers at 3DShock got their hands on the official style guides from Nickelodeon, and Itay Schlesinger was responsible for the creative process. 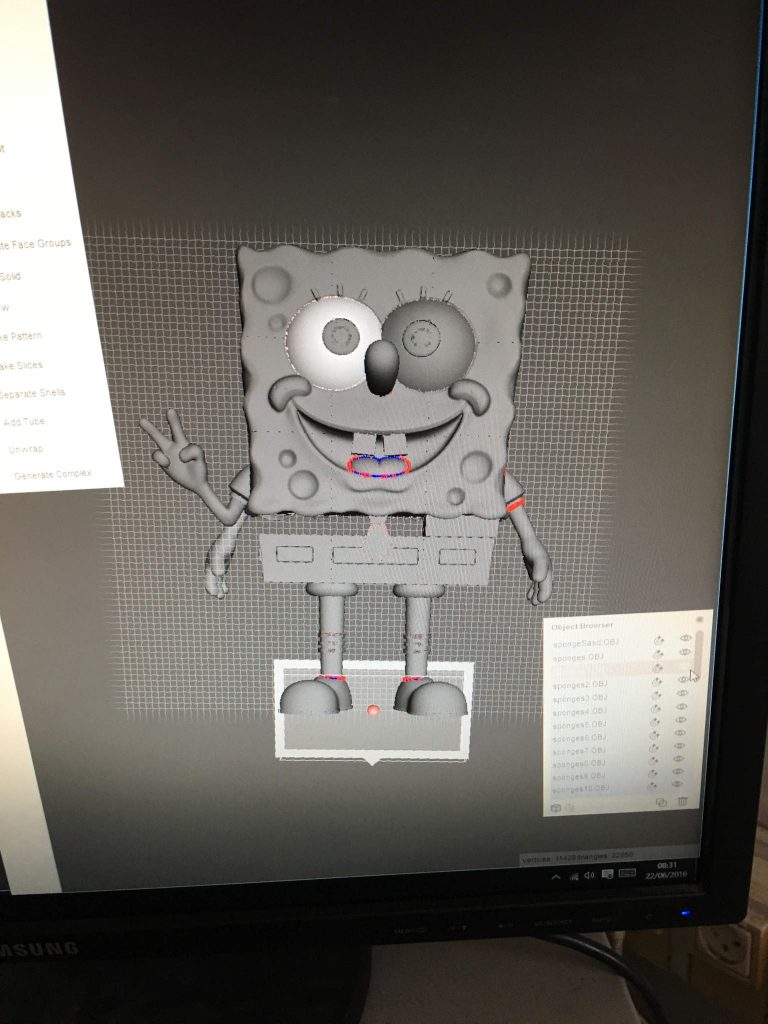 There were many challenges within the project.

As strange as it seems, deciding on a size was particularly difficult for the team. Due to Spongebob’s body proportions  They had to make him small enough that his body wouldn’t break his legs, but big enough so that his limbs wouldn’t snap from being so thin, or just not look as impressive. Dividing the model into parts was also a challenge, as they had to be big ehough to minimise how many parts were to be printed, but also be small enough to fit in the Rep 2S printer. Since it was divided into parts, connectors also had to be designed and incorporated, which was another challenge which relied on trail and error. 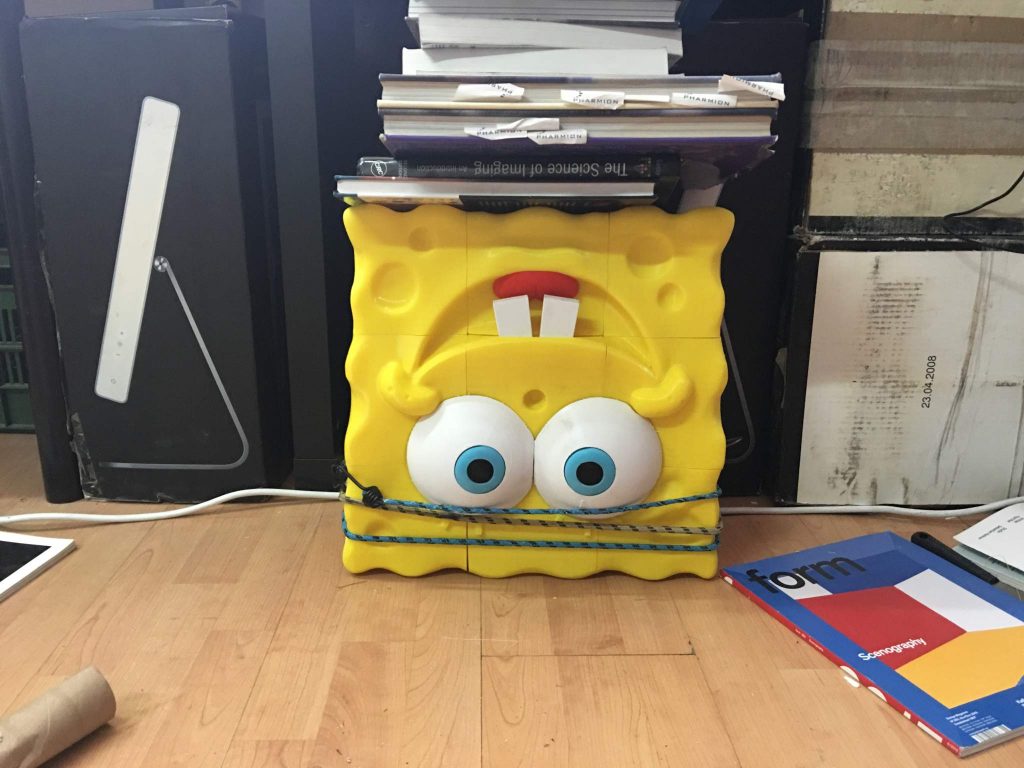 The team had to put a lot of trust in their printers, thankfully they pulled through, even after printing 64.kg of PLA plastic.

Warping was an issue, meaning many prints had to be stopped. However, the team managed to deal with this issue pretty well, considering PLA is known to warp, and they were printing the model using printers which are 4-5 years old. The goal was to focus more on actually managing to print and assemble the massive model, rather than getting it 100% perfect.

I’m pretty impressed with the results. Not only a massive size, but also a good quality print job too! I wish I could add one to my collection of oddities…