Fabzat has created an API kit for app devs to incorporate into their gaming platform for iOS and Andriod platforms. The outcome is a white label personalised in-app merchandising service. Video games monetisation services based upon 3D printing are inevitable: as people will pay for in-game fictional gaming money using real money on social media, we see the basis of the potential market for in-game trinkets…

Trinkets like that personalised character you created, the level 10 achievement award in your hands as well as on-screen, plus all kinds of random gaming paraphernalia. 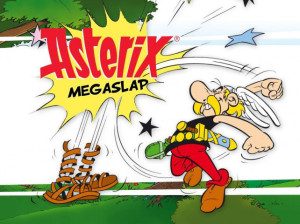 Asterisk is among the first to get the 3D printed treatment on Fabzat. Astérix: Megaslap and Geek Resort being the current two games with this feature extant. Many years ago I used to play a computer game version of Astérix. He’s a cartoon Gaul famed in fiction for tackling the imperial Romans in somewhat direct, if comical, style. Back then computer games were very different to those that are around today. The main shift in gaming from those days to now is from 2D to 3D and the realism of graphics. Perhaps a perfect alignment of trends for 3D printing — a technology that can take the realism provided in games by modern graphics processors and take them in the only real current direction to add further realism.

FabZat Florent PITOUN, CEO & co-founder of FabZat has said: “With FabZat, players transpose into real-life the time and passion invested in the games in just a few clicks, while developers can now reproduce the tremendous Angry Birds success and generate new revenue sources.”

Should I speculate that a 3D printed version of Angry Birds where the angry birds themselves are 3D printed tiddlywinks would be the biggest irony in gaming ever?