MechWarrior Catapult 3D model is inspired by the series of video games that get the players inside the BattleTech Universe. There, they take control of a single BattleMech and fight against other bipedal vehicles, tanks, and more. In the virtual Universe, the players can upgrade their Mechs as they level up in the game.

Now, thanks to 3D printing and Gambody, a video game-focused marketplace of files for 3D printing, all MechWarrior enthusiasts can have their favorite BattleMech beyond their computer screen.

The 3D design of MechWarrior Catapult will help you print an articulated BattleMech, with workable feet and rotating torso. The STL files for the model were produced in Cura 15.06 and repaired in Netfabb.

The model is composed of 27 parts, all optimized to be handled in any 3D software and printed on any desktop 3D printer. 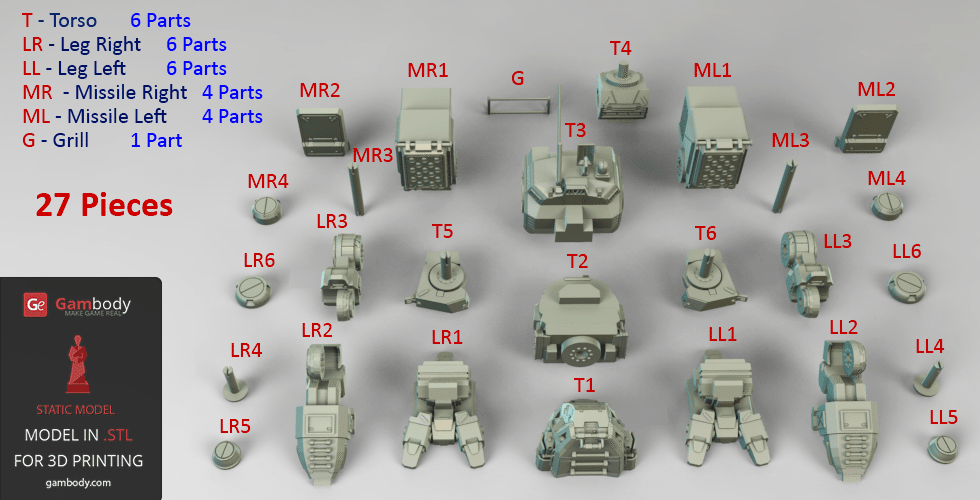 Recently, MechWarrior Catapult 3D model has been printed and painted by one 3D printing enthusiast, who has shared the result with the Gambody community.

According to the user, the printing took about 10 days. The parts printed seamlessly, with no outer shell defects, just as advertised by the marketplace.

A huge fan of the video game, the user didn’t stop at having the model built in printing material. He went as far as giving to its toy a nice coat of painting and various degrees of wear and damage, such as impact holes from different caliber guns. 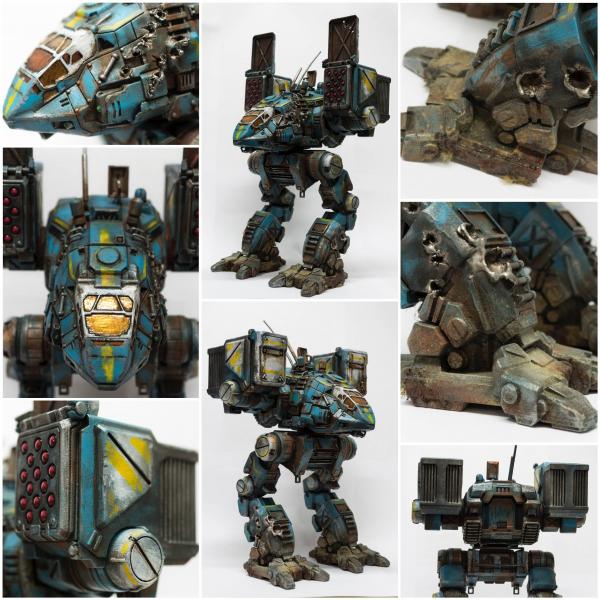 Gambody has put together a detailed assembly video guide, with every part of the model numbered, making the job easier for the users. The video instructions for building your MechWarrior Catapult figurine can be viewed below.

Due to the hundreds of messages that have started rolling in as soon as the 3D model was released, Gambody will soon release weapon add-ons as a separate kit, which the users can buy, print and mount on the regular MechWarrior 3D model.

Gambody is a premium 3D printing marketplace. It brings together a large community of video gamers by giving them the possibility to have their beloved game character or game item in tangible form, through 3D printing. The marketplace provides highly detailed STL files, optimized for all desktop 3D printers and connects virtuality with reality. To learn more visit Gambody.com