Yoda from the Star Wars saga has probably been the most showcased fictional character used as an example of what an (FDM) 3D printer can do, partly because of his intrinsic features suitable for showing off micron-level details, but probably also resonating the personal interests of the actual human beings behind the machinery. It’s also fair to say that if the true grammar-nazi enfuriating rhetoric is dismissed, Yoda can undoubtedly be categorized as one of the good guys. With today’s feature, however, things might not be as clear.

Maker-gamer Webblob has created a 3D printed ode for the StarCraft series and the chan-like Zerg Swarm aliens featured in the world.

The 3DP Zerg were originally featured in Webblob derived non-professional engineering community Youblob (where the specifying part of the name is an abbreviation from Binary Large OBjects, not a reference to the great reddish killer slime from outer space).  Besides a visual feast of the results, Webblob has also included basic instructions for recreating the  ever-evolving Zerg – a viable option if these aliens hold a dearer and closer place to your heart compared to other organisms orginating from the yet unreachable planets and stars such as  Predator – which also recently received the 3DP treatment – E.T. or even Alf (who wasn’t exactly my personal favorite, I have to admit). 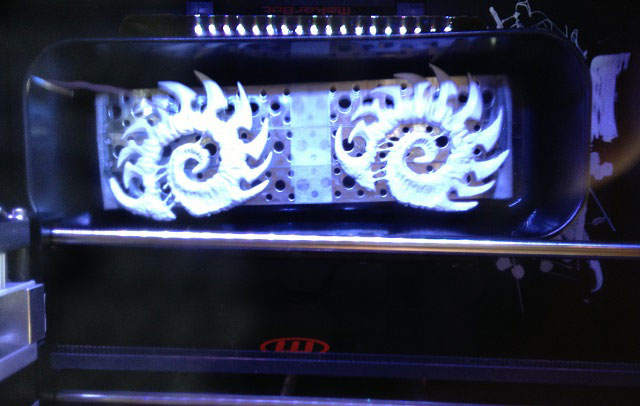 The methods Webblob used during the 3D printing after process varied slightly from the traditional way of simply extruding the molten material straight on the heat bed and applying simple Xacto and sanding work to the hardened objects: after printing the parts out, he then used a bread pan with a layer of acetone, on top where he placed a metal bridge with holes, which was to serve as a smoothening bed for the Zerg. The potentially lung and neighbour-distressing process resulted in smooth 3D printed objects, which were then ready for a layer of paint. I think the results are quite nice, despite Webblob not applying primer to the objects first before the final finishing paint touches with Citadel miniature paint. 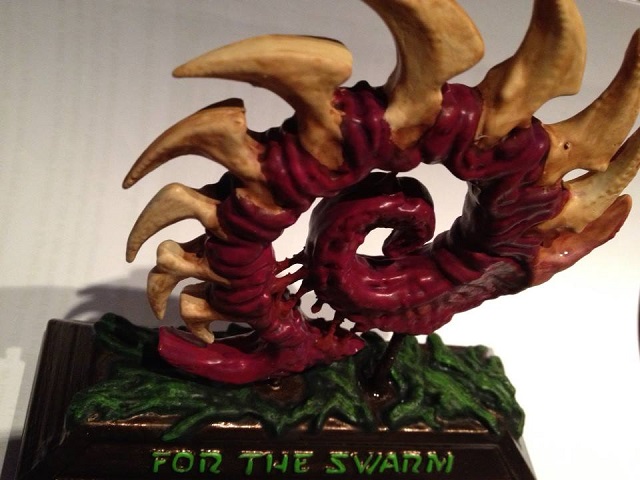 Eager to try this out for yourself? Besides the Youblob site, which you can visit by hitting the source link below, the instructions and models can also be found in Thingiverse.