Do we really need grants to stimulate innovation in 3D Printing?

Dr Phil Reeves is the managing director of Econolyst, a UK Additive Manufacturing & 3D Printing consultancy firm working with both AM technology vendors and users. For more information visit www.econolyst.co.uk. Here Phil addresses the contentious issue of government funding for 3D printing in terms of the good it can (and has) done and the damaging perceptions of bureaucracy and red tape that it creates for real businesses.

Do we really need grants to stimulate innovation in 3D Printing, or are they just a sticking plaster for poor cash flow management? 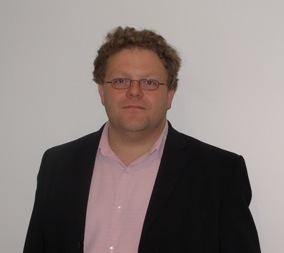 It’s funny how talk of ‘grants’ polarises opinion. For some organisations they are a cash-flow necessity needed to simulate and support research, development & innovation. To others they are tainted with unnecessary red tape and bureaucracy. Within the world of Additive Manufacturing (AM) and 3D Printing there are those who see public sector ‘interference’ as distorting market economics, enabling organisations such as universities to subsidise spin-out companies or offer prototyping services at a fraction of their commercial ‘cost’. However, there are many commercial success stories in the world of AM / 3D printing, where grant funding was instrumental in supporting early stage research efforts in companies where innovation and product development are now taken for granted.

Take Objet as a very topical case in point. Recently merged with Stratasys, Objet is undoubtedly one of the most significant global players in 3D printing today, with a global install base measured in thousands of machines. However, turn the clock back 10 years or more, and Objet was a small technology start-up in Rehovot Israel, spun out of the 2D Inkjet printing world.  Although later supported by private investors, Objet was also assisted along the way with grant funding. According to Objet-Stratasys CEO David Reis, this was critical in establishing the company’s roots at a time when private investment was difficult to obtain.  “Seed funding was becoming increasingly difficult to find (for technology start-up companies like Objet), as the time-scales for investors to exit from this type of company can be considerable.  Early stage investors need very deep pockets to stay in the game and the competition for funding can be intense”. For these reasons Objet looked to the Office of the Chief Scientist (OCS) at the Israeli Ministry of Industry to help grow their company. And grow it has, with an expected merged market capitalization of $2.5-billion upon merger. Probably money well spent by the Israeli government; given the new merged Objet Stratasys Ltd will be domicile and paying taxes in Israel.

Within other countries, there is little doubt that similar government investment has also been instrumental in supporting successful AM hardware & software developments.  MTT Tooling Technologies, which was acquired last year by Renishaw PLC successfully used UK grant funding to develop strategic partnership with Universities including Liverpool and Loughborough, along with technology centres such as TWI. Through these ‘collaborations’, MTT was able to develop a credible and competitive SLM technology platform along with a customer base and patents, making them an attractive acquisition for a global player like Renishaw. There are many other success stories of AM related companies around the world built on similar public sector funded foundations, including Materialise in Belgium, Solidica in the USA & Materials Solutions in the UK. In fact the UK AM supply chain as a whole is no stranger to grant funding, having benefited from over £83M of public sector investment since 2007.

But surely in these times of global economic slowdown and wide spread austerity measures the public sector investment engine must now be running on fumes?

Yes, but not where AM / 3DP is concerned!

As both a disruptive and enabling technology, AM/3DP is seen by governments as exactly what is needed to reinvigorate manufacturing activity in high wage economies. The Obama administration recently committed $45-million to establish an AM technology initiative, and AM/3DP was recently identified by the UK Technology Strategy Board (TSB) as a key enabling technology that could stimulate the countries stagnant manufacturing economy. So much so, that on the 3rd December 2012 the TSB opened a £7-million grant fund specifically aimed at supporting UK Additive Manufacturing projects. Entitled “Inspiring new design freedoms in Additive Manufacturing and 3D Printing”, funding has been ring fenced to support collaborative projects from £100K up to a cool £1.5-million.

However, scientists and boffins beware, for processing moon rock this is not!

This funding call is all about ‘exploitation’, taking todays AM technologies and applying them to today’s products and supply chains. Of course, the funding will be targeted at projects where there is an element of business & technology risk, but it is clear that the TSB want to see real commercial applications within the next few years. The other caveat to a successful funding submission is collaboration, with projects expected to include companies from different sectors, disciplines and backgrounds, mashing-up retailers with engineers, computer scientists with materials folk.

The TSB are holding a briefing and consortium building workshop in London on 11th December for companies and individuals interested in putting forward proposals. Pre-registration is essential, but attendance is not mandatory, but it is never a bad thing to hear how best to circumvent the red tape and bureaucracy.

To pre-register for the TSB consortium building event on the 11th December visit https://connect.innovateuk.org/web/10154854

Dr Phil Reeves is the managing director of Econolyst, a UK Additive Manufacturing & 3D Printing consultancy firm working with both AM technology vendors and users. For more information visit www.econolyst.co.uk.