Didn’t Know That: "Icarus Had a Sister"

I love it when I pick up on a 3D printing story and get totally sucked into it — this one was thanks to the humour, warmth, honesty and resolve of the artistic couple Masters & Munn. 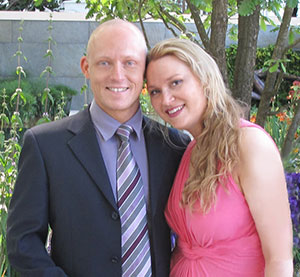 With decades of experience between them, the pair are both passionate about their art — specifically sculpture, lifecasting and model making. I would be very interested to hear their views on Shane’s post on Tuesday, actually, or more specifically join the debate at the end.

There are actually two angles to this story that got me excited — the couple’s latest project, called Icarus Had a Sister, which is a beautiful and ambitious life-size sculpture that incorporates 3D printing; but also the journey they have taken in undertaking this project. I sympathized, though couldn’t help smiling, when I learned the origins of CJ Munn’s knowledge of 3D printing technology as explained on their KS campaign: “when [she] first saw what 3D scanning and printing could do, she burst into tears thinking it would take away everything they had both worked so hard to achieve.”

Suffice to say, she moved past this phase, and instead the pair looked for ways to embrace these new technological developments into their workflow in a positive way. And that, is EXACTLY what they have done and the result is “Icarus had a sister” — a hybrid sculpture that blends traditional and cutting edge methodologies.

The body of the sculpture has been traditionally cast in white (milk) quartz, while the shelf, serving as her seat, has been constructed by casting slate with copper and iron. As for the 3D printing tech, well this is being applied, as is its wont, to the highly complex wings, which will be constructed from individually designed and printed feathers, each of which will then be plated with copper and subsequently hand-patinated by the artists. Truly a labour of love — and belief.

As CJ says: ‘I used to be so afraid we would be like Stepford Wives – replaced by machines and people who reproduce what we do with the click of a button. But it’s much more like being the Million Dollar Man, and waking up with new super powers you can use for creative purposes. Artistically, we are living in such exciting times and the more we explore these new skills, the more imaginative ideas we have. We can’t wait to see where it takes us next!’

The sculpture is going to be on show at the upcoming 3D Printshows (London & Paris), but the KS campaign, fully funded within 24 hours, is to enable the couple to put the finishing touches to the installation. My first thoughts on seeing that was: “they’re cutting it pretty fine.” But they’re more than aware of that and it sounds like they’re used to it and maybe foregoing any sort of normal sleep pattern over the next three weeks.

They’re also collaborating with one of the best 3D printing people in the business (practically and vocally), Mr Gary Miller of IPF Ltd, although, he has been quiet recently. I don’t doubt Gary was instrumental in soothing CJ’s fears.

Utilising IPF’s extensive Objet technology and 3D printing experience, each of the feathers have been 3D printed using VERO materials. 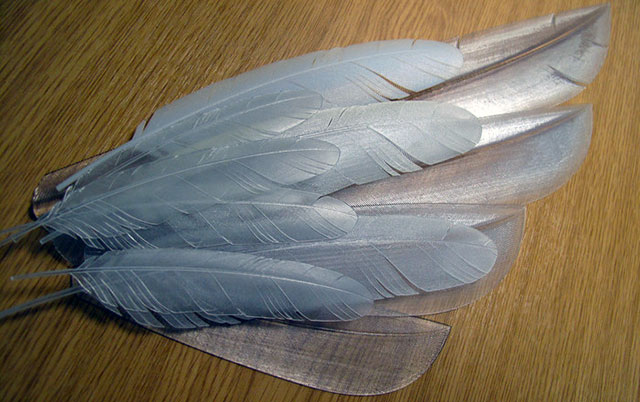 The ork left to do now that the KS campaign is funded, well it’s quite a long to-do list:

8) Assemble on wall with shelf, feet and wings.

But I wouldn’t bet against them!!

I was actually struggling to find my own creative mojo on a wet and grey morning, this was just the shot in the arm I needed, so thank you guys, and I can’t wait to meet you (all three of you) at the 3D Printshow in London!