16 Minetta Lane in NYC to Get a 3D Printed Makeover

What do you do when you’re relatively wealthy, super talented and pretty bored? You buy the 2,813-square-foot building previously owned by a lavish event planner, put a 50 foot rock climbing wall paired with a waterfall in its courtyard, and 3D print the inside walls.  That’s what architect Adam Kushner is planning for his next project, possibly making his recently acquired 16 Minetta Lane “the first 3D-printed house in New York City.” 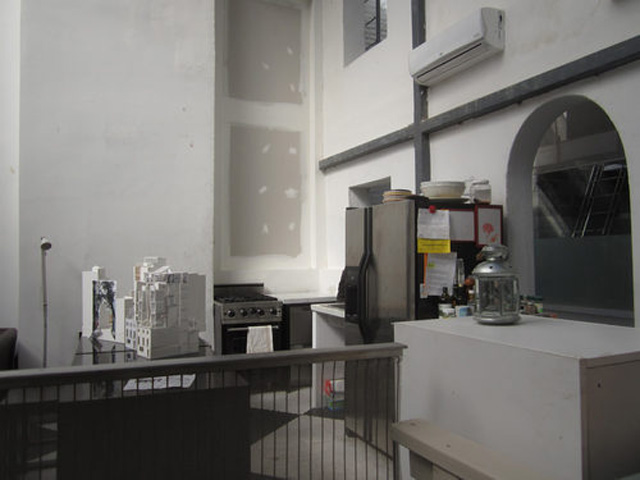 Both the previous and the new owner are interesting interior decorators. Formerly owned by Robert Isabel, famous for designing some of Studio 54’s extravagant parties, the property featured ivy covered windows and a basement that was hand-carved by Tibetan-born sherpas in New York. Adam Kushner is famous for a penthouse in the West Village that he had outfitted to look like an imploded subway, with station tiles and subway doors, and sold for $1.9 million.  The architect then bought the deceased Isabel’s 16 Minetta Lane, also called the “Salad House”, and developed plans to give it a Kushner makeover. Here’s the place when it was still on the market:

With the intention of making a “chaotic… yet nurturing space”, he will 3D print portions of the home. The property’s superstructure will be manufactured by ordinary means, but interior, aesthetic elements will be 3D-printed. According to a tour of the property given by Kushner and relayed by real estate blog Curbed, the logistics for bringing a large 3D printer to construct an entire room are yet to be determined.  In the mean time, Kushner and his family are living in the property’s carriage house while the renovation of the place is performed over the next four years, or so. So, you’ll have to check back with us then, I suppose, to see how the 3D-printed home turned out.