Designer shows us the future of mass personalisation?

Designer Reza Ali has set out to help the world create extravagant new 3D designs directly in their browser. Is this what the future of mass personalisation will look like?

Ali is a design engineer who works in a number of different mediums, including computer graphics, user interfaces and software engineering. His client list is impressive to say the least, with the likes of Dolby Laboratories, Motion Theory, OK GO, Deadmau5 and Bot & Dolly all knocking on his door at some point.

A slick web-based interface for design

We’ll get in to the details in a moment, but first feast your eyes on this working interface that lets you ‘co-design’ a cup, bowl, box, plate or whatever else you can make the sliders do. 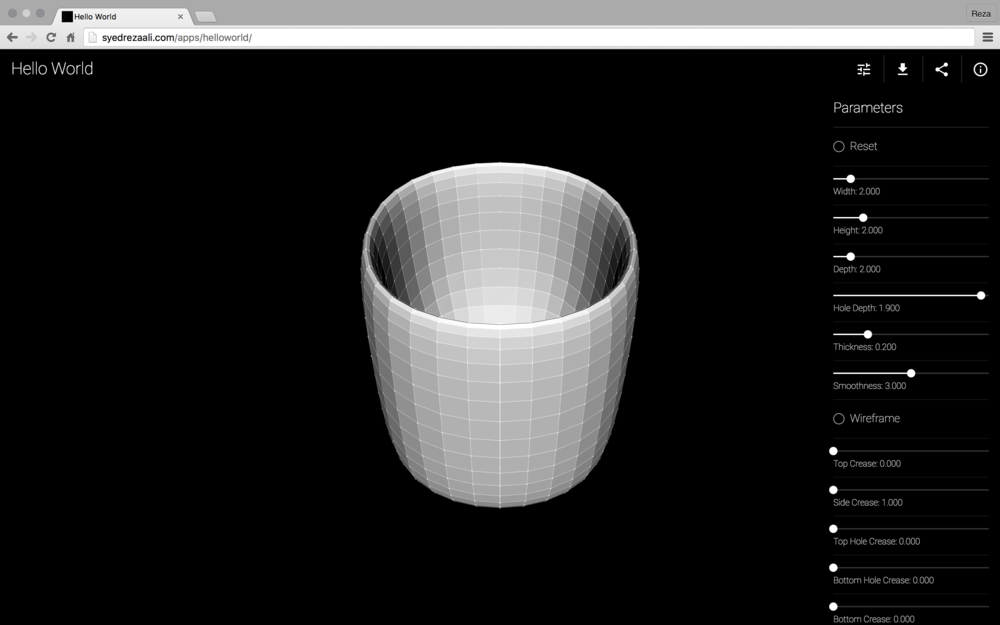 He has been fascinated with the world of 3D printing since the outset and wanted to combine his skills to make it easier for people without his design skills to create bespoke items.

During a residency in Japan he created eight Javascript libraries that he says were influenced by the Unix theory of minimalism and modularity. That sounds quite abstract, and it is, but they can be set to work in a number of ways and this builds on his work as Artist in Residency at Autodesk. If you want them, they are open source under an Apache licence and you can get them here.

Ali’s work is conceptual and explores the relationship of lines and space, but his work on user interfaces is never far behind and he might have the answer to a few issues facing the community at large.

We can apply this on a number of levels

3D printing novices can end up stuck in a no-man’s land right now. They either learn the basics of CAD or they content themselves with downloading files from repositories and printing them. Reza has produced a stylish interface that allows people to go further and add their own stamp on a design with minimal fuss.

His interface shows real potential and this Cloud-based software, or certainly something like it, could be an important step in the quest for mass personalisation.

3D printing means that customers should be able to put their own finishing touches on products.  and the retail outlets are starting to wake up to the potential now.

Big retailers are starting to get 3D printing

Lowe’s Bespoke Design recently opened in New York and a number of online outlets, including Shapeways, allow customers to simply upload their file and receive their design. This simple interface, though, could be the missing link.

When 3D printing takes over as the primary production method, there is simply no reason why an online order can’t lead to an interface like this, or something more advanced, so that customers can personalise their product and choose from a number of options.

We will never be totally free with design

Production realities are still going to intrude on the possible options when it comes to ordering a vase, table or chair. So Ali’s options and sliders seem to be an elegant solution that is self-explanatory, user friendly and actionable.

The vase in question can be printed with a huge number of facets, you can change the shape radically with a few basic parameters and change the whole look and feel of the vase in seconds. If we can apply this kind of artistic simplicity to all mainstream 3D printed projects then major retailers could adopt interfaces like this sooner rather than later.

Ali is an artist with a practical mind, but we certainly hope that the future of online retail does look something like this. If 3D printing can give us this amount of freedom, then we really will be able to put our own stamp on our homes and everything in them.

That is an exciting concept in itself. 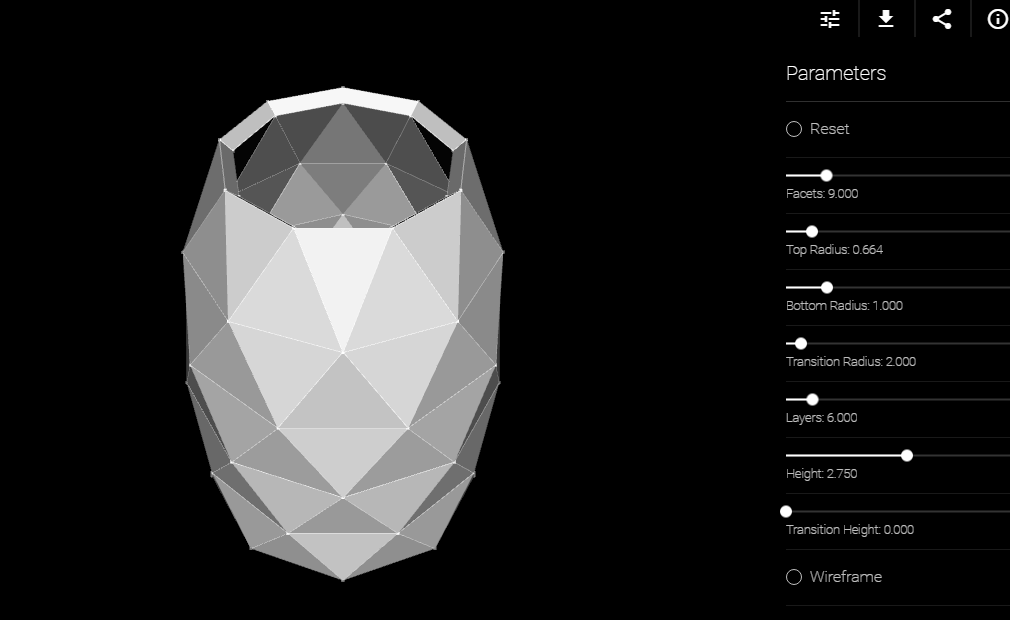 Article Name
Designer shows us the future of mass personalisation?
Description
Designer and artist Reza Ali has created javascript libraries and a slick user interface that could give us an insight into the future.
Author
Nick Hall
Publisher Name
3DPrintingIndustry.com
Publisher Logo