It’s that time of the year, ie. the end. And it’s time to look back at the year past in 3D printing which, being my first whole year of full immersion, I have to say was absolutely amazing. I got to discover first hand so many incredible inventions, explorations, machines… Honestly I can never get enough and I truly hope that this explosion of creativity continues for a long time (since that would mean I would have a job for a long time talking about all that happens). This time it was so hard to choose my top five applications, so I figured that I would write about the first five that came to mind in five different sectors where 3D printing holds great promise for the future: automotive, bioprinting, housing, toys and clothing. Even so sometimes it was hard to just choose one: here is what I came up with: 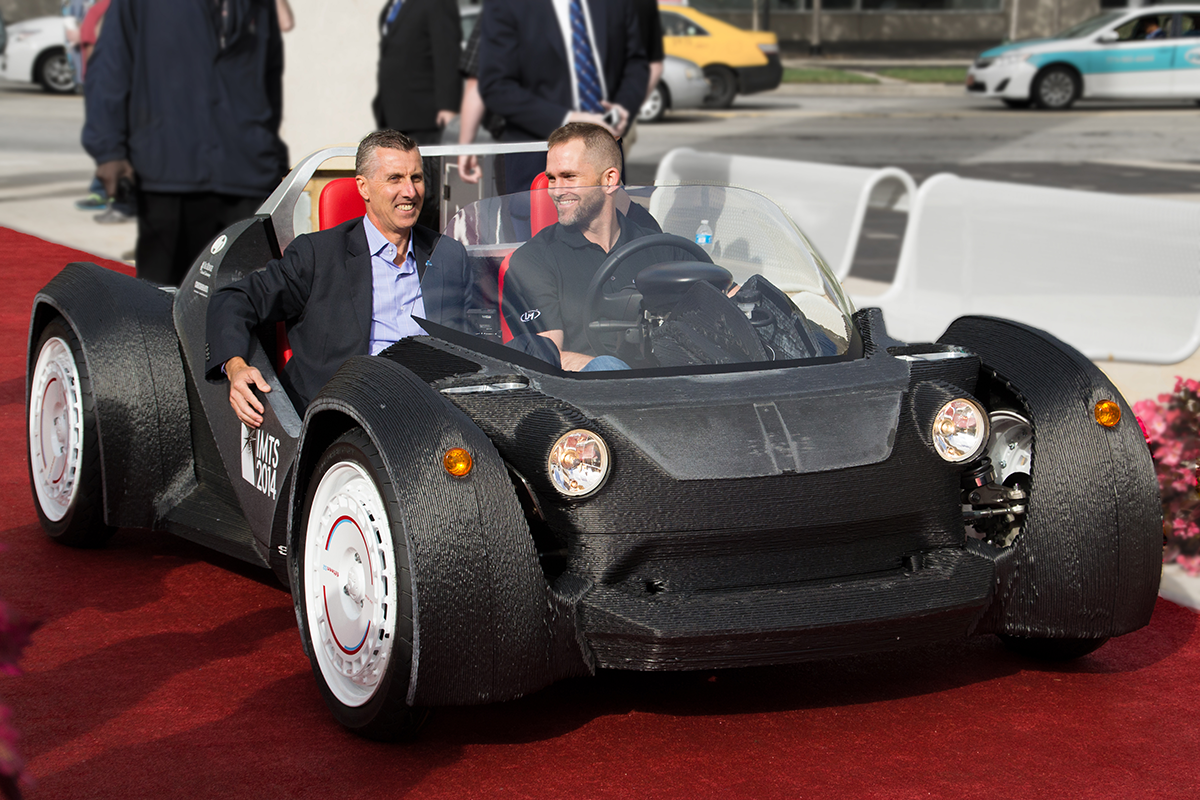 This was an easy one. It collected an incredible amount of generalist media attention but the reason why I am selecting it for my top five is that I was wrong about it. I thought that it was just a great media stunt. I know Local Motors is an amazing and very real company but I figured that this project was only an experiment that had no real applications. I was wrong about that. The Strati is already a lot more than a media stunt, since Local Motors has already moved on to making five of them for further development and experimentation. And the fact that the Strati’s designer is my co-national Michele Anoè, who is an incredibly humble and realistic, talented designer, makes it all the better.

This one may have passed somewhat under the radar. Perhaps because it looks like something not so special at all: a small white cube in ‘normal’ medicine packaging. And yet this synthetic bone grafting material developed by Zurich based RegenHU could soon become the first commercially available bioficial prosthesis, meaning it is an artificial bone implant made with biological 3D printed material. It is used to augment the jaw bone volume in order to provide mechanical stability to support a dental implant. As I wrote before: one small bone for a man, but one gigantic bone for mankind. 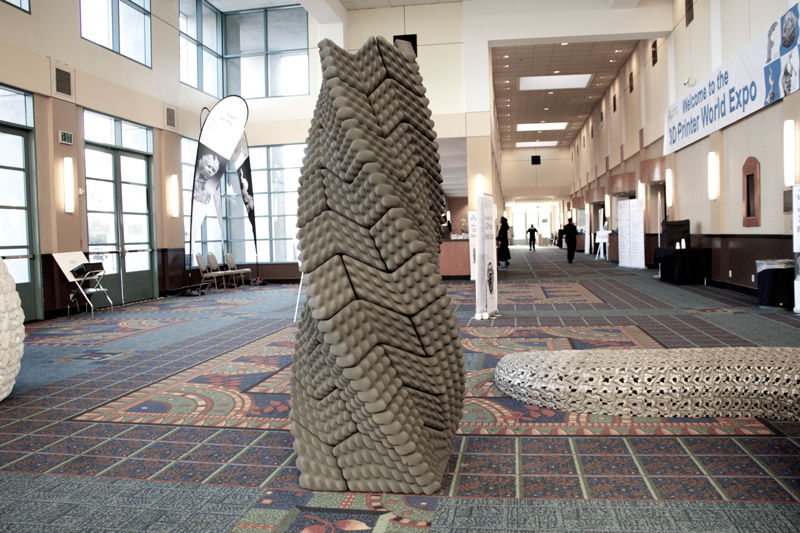 This one took me a while. There is no doubt that the applications in the housing and architectural sectors are enormous, and not just because of the machinery being developed. However, the first application that came to mind is Andy Rudenko’s backyard castle. As my top pick, though, I chose Emerging Object’s Quake Column because of the vision that Emerging Objects co-founder Ronald Rael explained to me in a recent interview: building the structures of the future one 3D printed brick at a time. Of the Quake Column I also loved the fact that it got its inspiration form the past, from ancient cities like Quzco in Peru, and it is using 3D printing to carry it into the future. 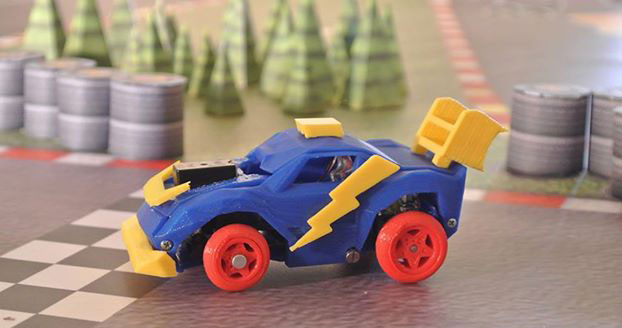 I have always argued that toys will be the first real consumer 3D printed object because the first consumer adopters of the technology will be children who have not yet built up the mental blocks of adults. So a toy will be the first real “killer application” that will make people other than makers (well, making is also a game in a way) go out and buy a desktop 3D printer and that toy might be the 3D Racers. It is an open source project and it is still in its infancy but I’ll say this: when I tried it at Maker Fair Europe in Rome I could not stop playing with it. I cannot even imagine what it would be like if I had actually built that little car myself. 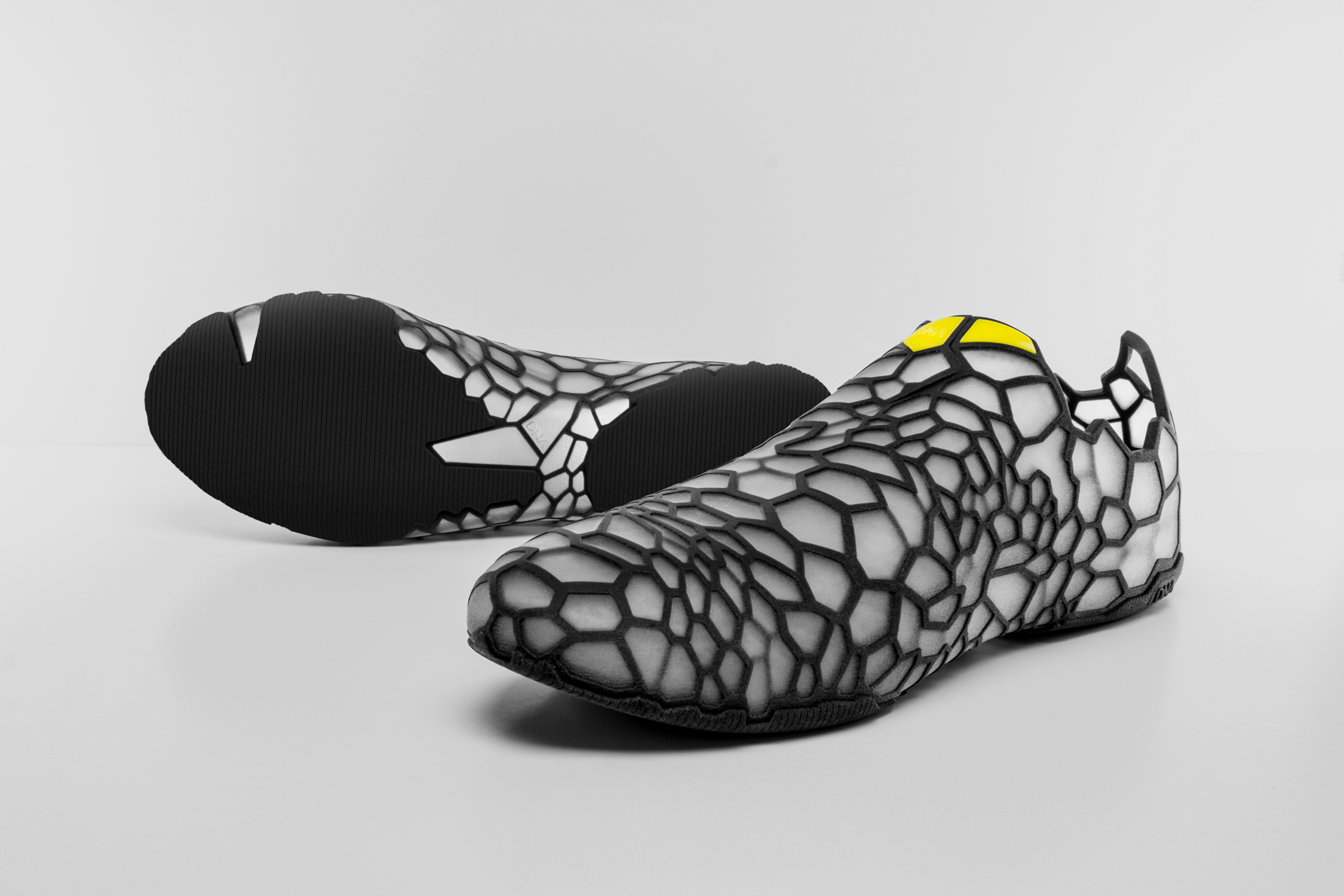 How to pick one out of hundred of incredible 3D printing applications in clothing? Well it was the first that came to mind and the reason why, I think, is that it is probably the most forward looking clothing item I remember seeing. Other amazing articles, such as CRP’s belts for Scunzani in Windform or Materialise’s shoes and hats in TPU are even more practical than these multicolor and polyjet Shoes and yet Pensar’s DNA Shoes  represent something that one day may very well happen: multimaterial clothing, 3D printed as a single piece to perfectly fit, by using 3D scan data. Before that happens, as Stratasys’ CEO David Resin explained to me, there will need to be a jump in materials science. And that is exactly what we all hope for, in 2015.