Andy Kalambi, President and CEO of RIZE, comments, “This funding by a deeply respected group of diverse global investors validates our approach to make it a mainstream application within the enterprise. It is gratifying that our investors share our values of inclusive and sustainable innovation by making industrial 3D printing safe, easy and affordable.”

“With the support of our investors, we will expand the usage of industrial 3D printing across all the functions: design, engineering, manufacturing, supply chain and service.”

Dassault’s involvement with this series funding is of particular interest as the two companies have been working closely over the past 15 months or so. In February 2018 Dassault announced a Rize 3D Print add-in for its SOLIDWORKS software. Following that, almost one year later, RIZE announced a distribution partnership with Instadesign Group a Certified Solution Reseller of the SOLIDWORKS platform.

Kalambi, who joined RIZE as President and CEO in November 2017, is also the former Global Vice President of Dassault’s 3DEXPERIENCE Platform. Speaking at the time of his appointment, Kalambi said that one of his goals would be to “ensure that this product,” i.e. the Rize One, “gets into the hands of users and customers who [can see] its usage and its value.”

In the course of Kalambi’s term, Rize has also now released a new product, the XRIZE 3D printer, which bring full color abilities to its APD technology. 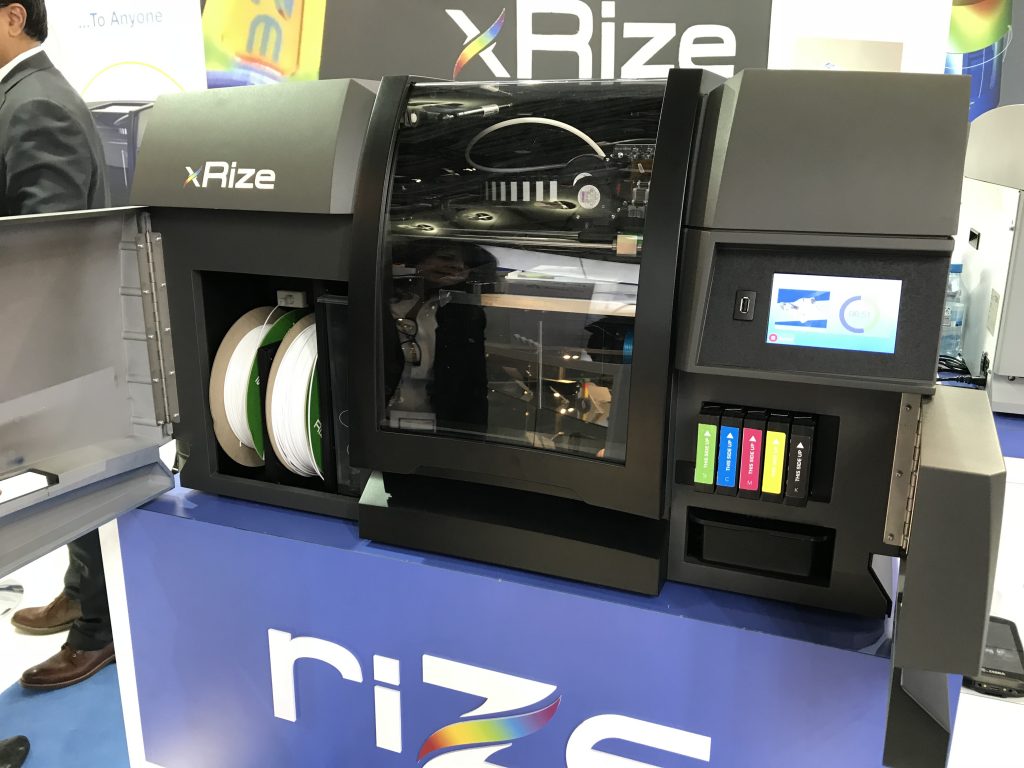 RIZE APD is a patented technology that fuses common FFF with material jetting. This unique combination of technologies gives RIZE 3D printers the ability to create detailed, colorful objects with high Z axis strength, and minimal post processing. One of the latest features introduced for APD is Digitally Augmented Parts (DAP) which allows users to add tracking data, in the form of QR codes and other markers, to their 3D printed objects.

The attraction of this technology, as described by Venkat Srinivasan Managing Director at Series B partner Innospark Ventures, is RIZE’s “unique value proposition of scaling 3D printing across the enterprise by making it easy and safe, and extending it to become an intelligent platform for delivering intelligent parts.”

In addition, Srinivasan says, “The RIZE leadership team is experienced and proven in building large businesses, supported by a great technical team, and has impeccable references from their current customers and partners.”