Converting Songs Into 3D Printed Bracelets Via the Nu App

Have you ever wondered what certain sounds or songs might look like, if they were transformed into visual single or multi-dimensional images? The chances are, however, that even if this thought has crossed your mind at some point, implementing this into practice might have produced variable results even with the same songs – if you don’t suffer from synesthesia, that is. To solve this ‘problem’ and offering a rather nice niche, Nu has emerged from Invisible Light Network. It’s an audio-to-object app, which uses several audio-related factors in transforming your favourite song into something wearable – on your wrist that is. The jewellery shaped by the song is brought into the physical world via 3D printing.

The Nu application turns the tables on existing apps playing with the same theme, those – such as Pixound – that use visual images such as paintings and colours as the starting point and turn them into frequencies …. and music. In contrast, Nu starts off with the music and forms 3D shapes.

In practice, this happens by using seven forms of musical data as a basis for shaping the song, namely the: 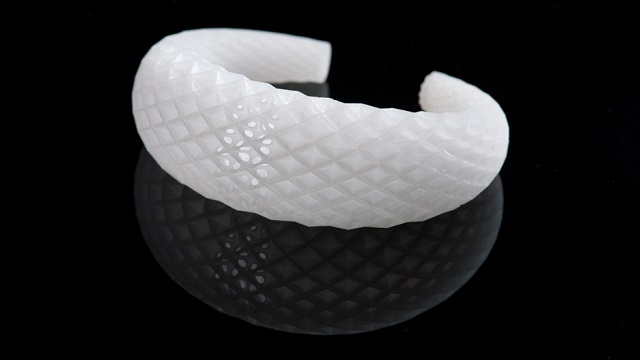 To compare how my personal mental image of a certain song compared to what the data behind Nu creates, a convenient way appeared through one of the showcased designs on Nu’s site – Bad Brains’ Fearless Vampire Killers, a classic cut from their full-length S/T debut. I put the vinyl record on – unfortunately instead of the original cassette – and tried to visualize how the song would manifest itself in the real world, before looking at the Nu bracelet and repeating the listening process. In the end it’s pretty much subjective, but in my opinion the sharpness and aggression of the playing combined with singer H.R.’s manic energy does indeed come through in the final design.

But what about the wider audience? Typical target groups for Nu could – in the early phase at least – be bands and other musicians looking to widen their fan base via a product portfolio, but also individual music fanatics – such as myself – who have a tendency to connect every situation and moment into certain songs. What could therefore be a nicer way to celebrate, for example, a relationship with that special someone by getting (matching?) bracelets of  ‘our song’ (which many couples tend to have), particularly if you are not quite ready to place a ring on the respective finger.

However, if you were to match the silver or gold of your other jewellery – whether its that ring form or something else – Nu can’t help you there, as all the bracelets are 3D printed with UV cured acrylic polymer. An interesting project nonetheless. Hit the source link if you are already sold – but you should note that the actual cost of a Nu bracelet is not listed on their site. 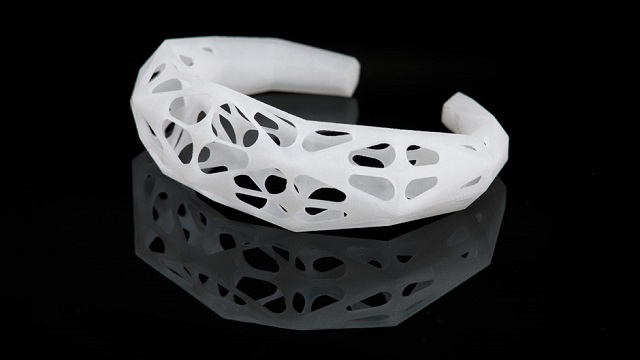