Designing and making your own, customised products with a direct channel to your consumers has always been an attractive proposition for many entrepreneurs — however the traditional barrier to this has always been the ‘make’, or production, phase. This is generally due to economic constraints dictated by production requirements — such as large minimum orders from the factories and an inability to customise designs within the same production run. 3D printing technology is starting to change this paradigm and the entrepreneur and creator of the Square Helper, Chris Milnes, is a prime example of the opportunities the technology can provide.

Square Card Reader™ is a mobile payment application that allows you to make credit card payments directly via your smartphone. The application utilises a head phone jack on the phone and Chris Milnes’ innovation is an improvement on the widget the application is using — to prevent the card reader from spinning when you swipe the card on the top of your phone. 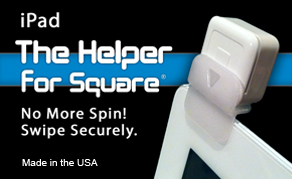 From Chris’ point of view, trying to make a niche product like the Square Helper by way of traditional manufacturing routes, erodes the commercial opportunity he had in mind. By utilising his own MakerBot Replicator 3D printer, he has now manufactured and sold over a thousand copies of this tiny part — at $8 a piece — and more importantly, without the need to commit to a minimum order from a factory or need to carry unnecessary stock up front. He can simply print them as and when orders come in, as well as make changes to the design whenever there is a need for that.

This great application in many ways epitomises the opportunity that 3D printing affords to change the way we make things now for some applications, but also more widely in the future. Several market place type companies are already utilising this dynamic by offering designers a platform where they can sell their creations to consumers, fulfil production when required and offer additional marketing and other support alongside the core services. It could be argued that these ‘middlemen’ might not be needed in the long term and entrepreneurs like Chris can address their customers directly from their home office in our modern digital world.

Only time will tell how the industry will evolve in the years to come, but the telling thing is that not a day goes by without new innovative products like Square Helper popping up in industry headlines. In the last decade, the onset of consumer power has been growing enabled by various design + make tools that were previously only accessible to industry professionals. This has led to an increasing flurry of creative activity via sites like Thingiverse, i.materialise, Ponoko, Shapeways and Kraftwurx; not to mention the host of Beta sites set up on a similar premise that have emerged over the last few months — where thousands of new creations are being and will surely continue to be added on a daily basis.

When you marry these easy to use design tools with 3D printing technology, it is inevitable that we will see new products being created — and coming to market — that would otherwise have probably remained as a sketch in a notebook or on the back of an envelope. The crude state of some of these designs, or the questionable usefulness of them, might lead some to believe that the industry is not taking off as the almighty “game changer” as it has been portrayed.

From this viewpoint, some industry followers are quick to pose a question such as: ‘How long will it be before I can buy a fully 3D printed car?’ or ‘When we will see an entire production line of 3D printers in operation for a multinational company?’ Well, most, if not all, of the big car manufacturer’s have already incorporated 3D printing technology into their development processes. For final production? Not quite so much visibility, but it is happening.  But even so, I think we are missing a point here.

The problem with these questions is that they are they are looking at this technology with the “old” mindset, trying to see what we need from this technology as of today and trying to combine it with the way we are used to operating. This means we are overlooking the all important question: “what can we do with this technology differently compared with what we do today, given that some of the old constraints have been removed?” – exactly as Chris Milnes is doing with his Square Helper. 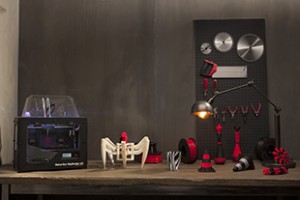 But as history teaches us, predicting the future is difficult – the early creators of computers forecasted that we would only need a few supercomputers in the world to cater for the needs of the computational tasks at hand. Little did we know that decades later the hunger for more computational capacity is still growing and the underlying dynamics has led us to use this technology for similarly “questionably useful” tasks such as sharing a picture of your lunch via a social networking site.

As for 3D printing, the hunger is definitely for more and it has only just begun. 3D printing technology will get better and faster, the available materials will develop and the tools we use to create designs will get more and more easy to use and offer us more sophisticated output. When we have a couple of million of people like Chris Milnes, creating and developing new niche products, some of them will become widely known every day items in our lives and further on, some of them will become new industries – in a similar manner as we have harnessed using computational power to share pictures with our friends.