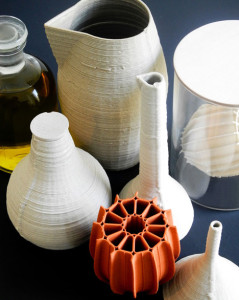 You might be bored with the countless[1] celebrity perfumes on the market. But it is the scents, not the popstars, that should be celebrated!  Perfumes and colognes deserve more than slapping a singer’s name onto a shiny glass bottle. They deserve to be framed as artwork! Thankfully, French perfumer Barnabé Fillion has teamed up with Belgian design studio Unfold to pay the scents a proper tribute.

Using Unfold’s ceramic 3D printing technique, a modified RepRap, the Belgian collective printed a series of perfume tools for the launch of Fillion’s new line, called The Peddler. According to Dezeen, you’ll see, in the photos, “a carafe that holds distilled water, a smaller receptacle for alcohol and a high-necked flask, pipette and funnel used to dilute and mix the perfume. Diluted perfume is then poured into the central core of an unglazed diffuser and gradually spreads through the multiple compartments, which create a greater surface area to absorb the liquid.” 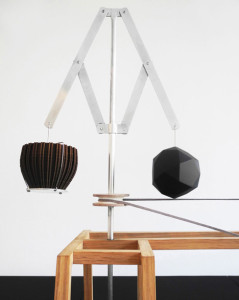 Dries Verbruggen, of Unfold, told Deezeen that the ceramics were modelled after sliced fruit in that, when a lemon is cut in half, its aroma is instantly released. At the same time, the individual pieces are arranged together in a way that resembles alchemical set-ups of the past and will be displayed in various installations by the perfumer for exhibit patrons to experience his scents.  Verbruggen explained that, “The whole setup is an olfactory installation that explores the extraordinary way in which ceramics absorb, store and release a perfume’s head, heart and base notes over a prolonged time.”  In addition to the apparatus’s diffuser, Unfold created additional tools to disperse the aroma even more “to give it an extra punch and to add a conscious gesture.” The ceramic device was one of several that Fillion unveiled at Maison & Objet earlier this year. 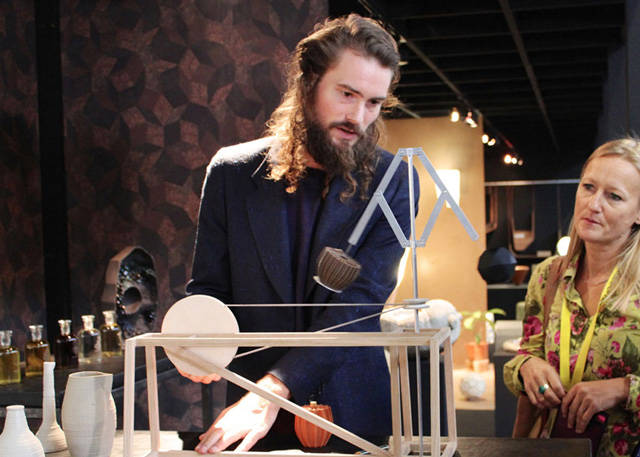 It may not be the most mainstream method for marketing scents, but it does do justice to the importance of smell. If Miley and Justin want to keep up with the times, it looks like they’ll have to step up their game a bit.

For a demonstration of Unfold’s ceramic printing process, watch the following video:

[1] Without Googling, I can say with 100% accuracy that there exists a Justin Bieber cologne and a Miley Cyrus perfume.