Some big news coming from 3D Hubs as the company formally announces that it has raised some serious capital funding. This young company now has a healthy chunk of change with which to continue its almost vertical growth trajectory. It’s actually difficult to remember sometimes that 3D Hubs is only just over a year old, so embedded has it become in the 3D printing industry. The simple premise of localized access to 3D printing on a global scale has been embraced by communities across the world since August 2013, and this has undoubtedly been among the most significant factors in 3D Hubs completing a $4.5 Million Series-A funding round, led by Balderton Capital, the leading European Venture Capital investor in technology start-ups. The deal will see Mark Evans, General Partner at Balderton Capital, joining the company board.

Only in June 3DPI reported on 3D Hubs’ milestone of reaching 5000 registered printers, which meant 3D Hubs was making 3D printing accessible (within 10 miles) of 750 million people. Less than two months later and that figure has seen exponential growth with more than 7000 printers now registered to the network, making 3D printing accessible to over 1 billion people in 140 countries. Just reflecting on those figures, it’s actually rather staggering what the guys have achieved. 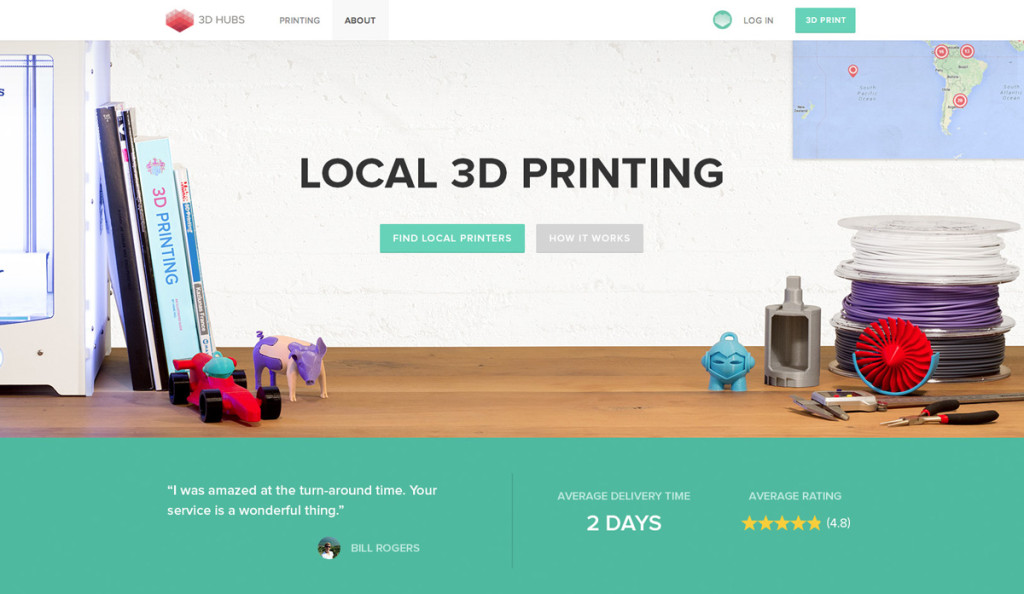 I was at the Nottingham conference last year when co-founders Brian Garret and Bram de Zwart (who both worked for 3D Systems in a former life) went public with 3D Hubs for the first time. I remember chatting to them afterwards and there was a real buzz of excitement in the conversation, fuelled by their total and utter belief in what they were setting out to do. I didn’t doubt these guys had a great idea and no one present at the launch could doubt their belief and commitment, but I’m not sure anyone expected such a successful take off — the guys included.

In fact, Brian told me today: “Over the past 18 months I’ve seen this idea grow from just a napkin-sketch to a global platform, providing millions of people access to 3D Printing. The way the 3D Printing community has embraced this idea has beaten my wildest expectations.”

And now, with this funding injection they are going to take it to the next level. Brian told me: “….we aim to go beyond people’s expectations [again] and build a state of the art manufacturing network fit for the third Industrial Revolution.”

Bram backed this up, when he said: “To see our vision become reality so quickly increases my trust that we can truly disrupt product manufacturing and distribution. It’s really great to have investors that share our beliefs and support us with the funds that help accelerate this process.”

The first order of business has been to use the funding, at least in part, to enable 3D Hubsto open an office in New York — situated in the New Lab space at the Brooklyn Navy Yard. The guys see this as being a good way of speeding up expansion in the US market.

The injection of funds will also be used for a 3D Hubs API, which will be released at an as yet unspecified date, to unlock the 3D printer network to leading consumer companies that use 3D printing. Furthermore, 3D Hubs is developing new features that will make the experience of ordering a personalized 3D print similar to traditional e-commerce platforms.

According to Mark Evans, partner at Balderton Capital who will be working with 3D Hubs directly: “3DHubs are building a marketplace that we believe will have a radical impact on the way production and manufacturing is done in the near future. The team have proven that 3D printing is moving beyond the garages of enthusiasts and is now a tool available to mass consumers, and they’ve done this by working with and enabling the growing community of printers, creating a truly collaborative platform for creating new products.”

The global mission remains the same as it ever was — to create a future where people are no longer dependent on products that are made in far away corners of the world; a future where products will be made locally through a distributed network of 3D printers — local, on-demand and personalized manufacturing. Products are made locally and tailored to the individual, suiting personal needs as opposed to the average one-size-fits-all philosophy. Powered by real human service, availability is on-demand with delivery in under 2 days and based on an ever evolving long tail of designs.

Local communities remain central to 3D Hubs’ vision too, communities that allow anyone to transform their ideas into physical reality, with help and support from community members. These communities are currently powered by around 100 ambassadors  —  better known as 3D Hubs Mayors  —  who organize local meetups, workshops and presentations to educate and inspire local makers. 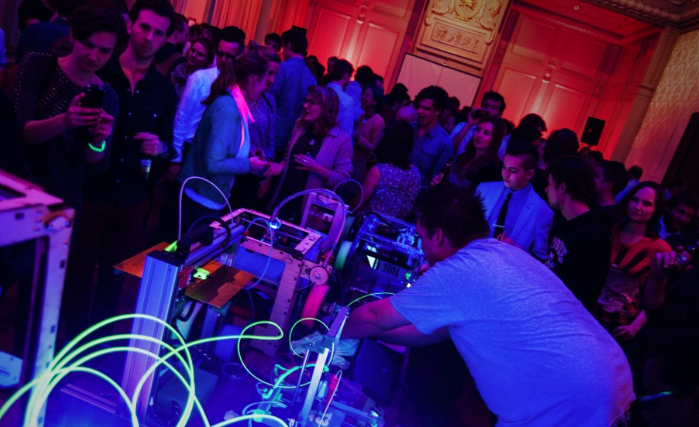 Over the coming year, 3D Hubs is looking to expand its existing teams in Amsterdam and New York and invite you to join the 3D revolution — for anyone interested they’re hiring!

I can only imagine what I’ll be writing about them this time next year …..