3D Print Week New York was a lot of fun, and there were dozens of exhibits that I can and probably will write about, but the first one that caught my eye was the MoonRay DLP 3D Printer booth.  After I made and missed a few promises (sorry Elan!) to get over there and look at it in more detail, I finally did, and the SprintRay crew did not disappoint. 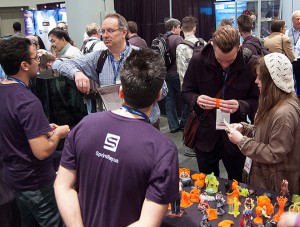 Elan Karpinski, Communications Coordinator wrangled me through to Co-Founder Amir Mansouri, so we could speak for a few minutes. He personally gave me the Kickstarter announcement details and talked a little bit about the MoonRay DLP 3D printer and his background.

The two Co-Founders, Amir Mansouri and Jasper J. Zhang, earned their PhDs from University of Southern California and have actually worked with Dr. Behrokh Khoshnevis on his Contour Crafting construction grade 3D printers. Between the two of them, they have 15 years of 3D printing experience. 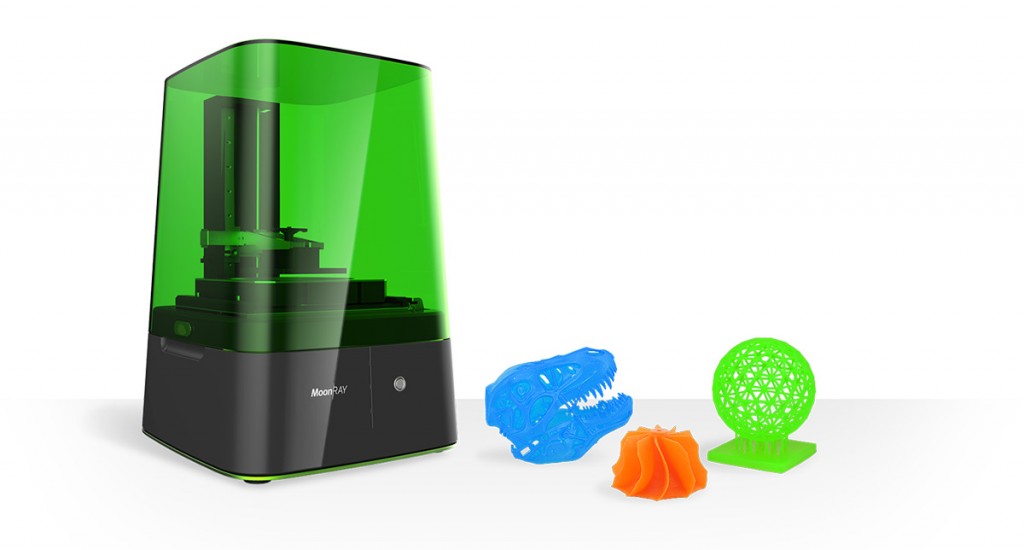 With a build volume of 5 x 3.2 x 9 inches tall, the pieces at their booth looked phenomenal, even the supports looked great. The software takes about 1-2 minutes to create supports for your STL files and seems very user-friendly and straightforward.  The MoonRay gets a lot of time out of its UV DLP projector (50,000 hours), the industrial design is great, the lid pops off without hinges (if you like that sort of thing), and the 3D prints at the booth looked unusually good and polished. Here are the specs:

Amir also discussed how their resin easily facilitates post-print painting, and the objects on display had an amazing finish to them, even straight out of the printer, which was impressive to me.  You have to see them up close and in person to understand because the pictures don’t do them justice. 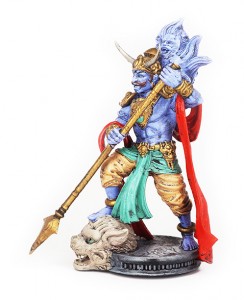 Amir told me that the retail price for the printer is going $3200, which doesn’t differentiate it that much from say, the Formlabs Form +1, but you can get your hands on the MoonRay for $2500 starting April 28th, when their Kickstarter campaign goes live.  Based on what I saw at 3D Print Week, this may be a printer to keep your eye on.  Until they launch at the end of the month, check out the video below:

Editor’s Update 4/28/2015: The MoonRay 3D printer from SprintRay has officially launched on Kickstarter.  Early bird backers can now purchase the DLP printer for $2499, with delivery expected in December of this year. The company has already developed a range of different resins, including a castable resin for casting metal objects (ideal for jewelry, electronic components, dentistry, and tabletop figurines, among other things).  Having seen the prints in person at 3D Print Week in NYC, I can attest to their superb quality.  If you’re interested, head over to the Kickstarter page and check it out!