Amanda Ghassaei, the young physicist/chemist probably best known for the software she has been working on to create playable 3D printed vinyl records from audio files, has continued her mission of conserving the digital in analogue and physical forms instead of 0s and 1s. Just as the phase of purchasing individual songs in digital form seems to be quickly passing by in favour of the music streaming model, something major might also be happening regarding the storing of images – something that happens in petabytes every single day.

However, instead of relentlessly long sessions of contemplating (and coding) in order to create a novel take on a physical cloud storing & sharing service – also known as a gallery – Amanda has chosen another route and is using a set of tools she’s familiar with – including 3D printing tech – in her approach. Using an Objet Connex 500, Amanda has printed out black and white photos on a semi-transparent surface (more specifically using a translucent resin), which has resulted in a visually interesting effect. When exposed to backlight, the images transform, come to life through a new depth experience and give the beholder’s eye a glimpse of a unique world behind the creations that are first seemingly flat – not unlike the 3D printed lithopanes we reported on earlier. 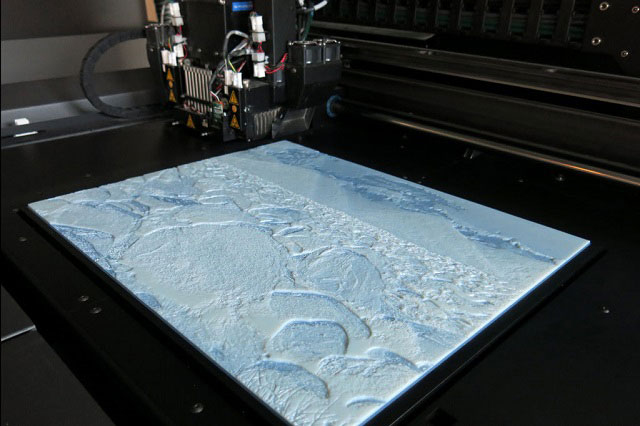 Having a solid background in (hard) sciences, Amanda’s 3D printed images aren’t created by accident – but by applying Beer’s law¹ principles into the process. If you want to try her approach yourself, everything is neatly explained in Amanda’s Instructables page – the code included.

But you might think that while you certainly have the will, the way seems to be out of reach – as most of us don’t have profressional-grade 3D printers lying around. Regarding this aspect, Amanda mentions that later this week she’ll also be trying the lithophane-creating process out with PLA – on a Makerbot. And if Thingiverse’s comments are anything to count on, she is likely to be successful.

If you want to take a look at what else Amanda has been working on – a rather impressive resume considering her young age – the category music-emphasized listing can be found on her own website.

1)     On the section of her Instructables site where she explains this law, Amada mentions that “some will remember it from high school chemistry” – I wasn’t one of those people and if you aren’t either, a good place to start could be here.