Helico, a UAV start-up, has just released what may be the first automated drone for tracking and recording outdoor activities.  Following you around like your bushy-tailed best friend, AirDog has a body made mostly from 3D printed parts from Stratasys machines.  In fact, as Helico tells it, AirDog could not have been made with any other technology. 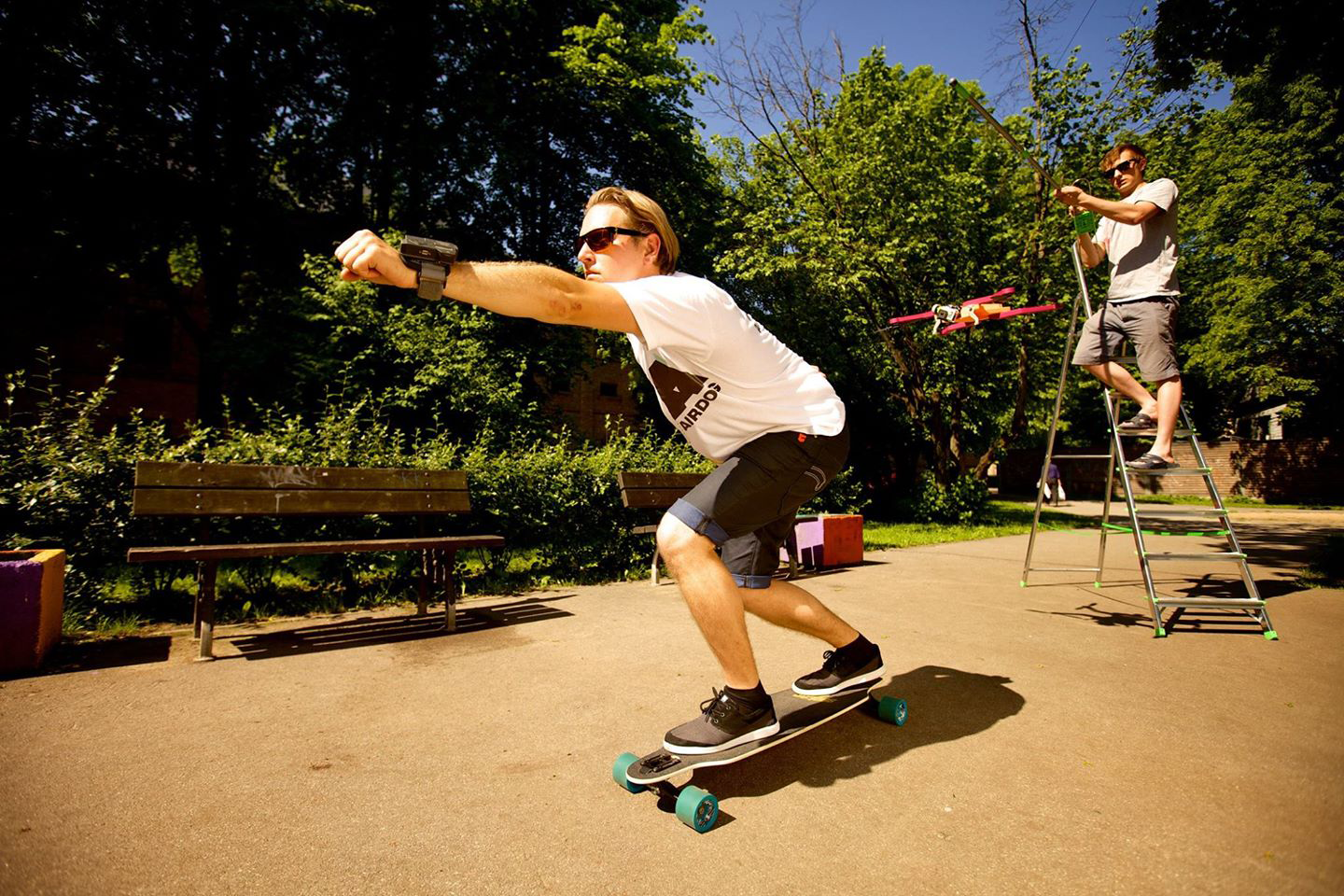 The drone is a simple-to-use, GoPro mounted quadcopter that is wirelessly connected to a wristband tracking device, called the AirLeash.  AirDog follows the signal from the AirLeash, recording video and taking photos of users’ motocross, skateboarding, and other extreme sports activities.  Users can also set the distance, speed, and height levels for AirDog, making it more obedient than a winged French Bulldog. In order to get AirDog off the ground, Helico found themselves relying almost entirely on 3D printing.

Co-founder and CEO of the Latvia-based, Helico Aerospace Industries, Edgars Rozentals, explains that ordering  silicon-molded designs through a Chinese supplier had a turnaround time of two weeks and that, more importantly, their molded models were too heavy to allow AirDog to launch into the air. He says, “The benefits delivered by 3D printing compared to the method we trialled originally are numerous. Above all, turnaround time is significantly reduced and if we need to make last minute changes to a design, we can do so within a matter of hours, easily and cost-effectively. This was simply unachievable before as it necessitated time-consuming production of a costly new mold. In fact, I’m not sure how we would have arrived at the stage of having a functional part, were it not for Stratasys 3D printing technology. I founded the company two years ago and we’re a staff of three, so for start-ups like Helico, this technology isn’t just a game-changer, but the ticket to the game itself.” 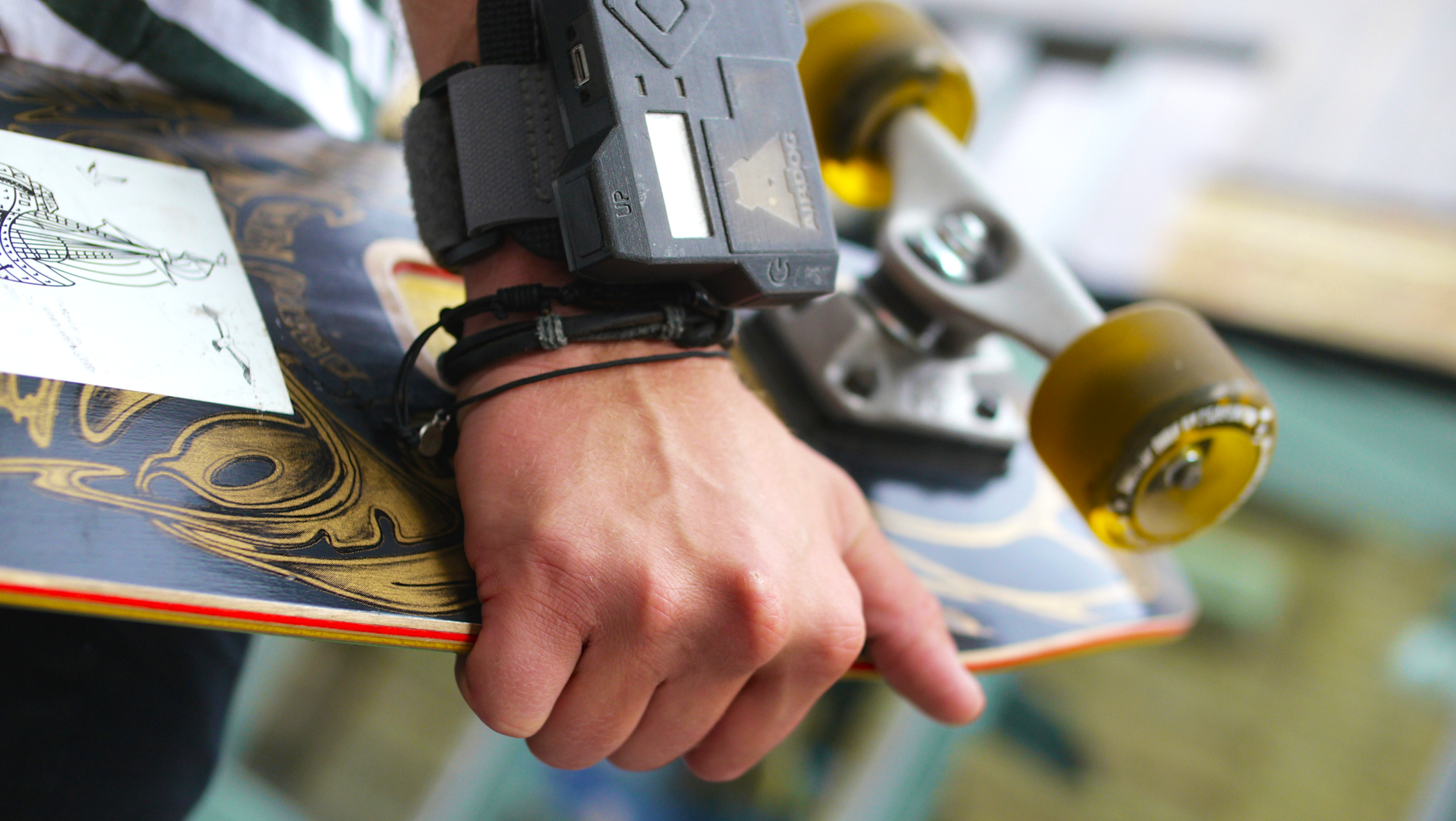 Helico turned to Stratasys’ Latvian partner, Baltic3D, who, in turn, partnered with Polish Reseller Bibus Menos to execute the Helico design.  To produce parts that could fully function in the real world, Stratasys’ FDM was used to 3D print AirDog, while their PolyJet process was employed to fabricate its AirLeash.  In the end, AirDog was 3D printed entirely with Stratasys’ ULTEM material, which was both strong enough and light enough for the job.  Rozentals explains, “We were particularly impressed by how far we could push the boundaries of the ULTEM material. The material’s functional stability enabled us to print very thin walls that further reduced AirDog’s overall weight.”  The AirLeash was printed in a single job, combining rigid and rubber-like materials with PolyJet technology to produce the wristband and its soft buttons altogether.

Senior Vice President and General Manager EMEA at Stratasys, Andy Middleton points out how the project fully embodied the advantages of 3D printing, “Airdog is a perfect example of how 3D printing is an enabler for inventors looking to turn their ideas into fully-operational parts quickly and effectively. In this case, both our core 3D printing technologies have proved instrumental in producing a fully-functional drone and wrist device. With the exception of the advanced sensor technology, both parts have been created entirely using 3D printing.”

Helico will begin promoting their pet with a month-long promotional roadshow and, if all goes well on the business end of things (contracts, manufacturer deals, rabies shots), AirDog will be let out of his cage and onto the market at the end of October, this year. To trigger your Pavlovian response to cool technology, watch AirDog in action below: