For a few years now, the 3D model marketplace Gambody has been working to enhance the relationship between gaming and 3D printing, aiming to offer licensed gaming-related 3D models from games such as Dota 2 and Starcraft 2. Now, Gambody is invoking the force with what may be their most detailed and expansive 3D model, a replica of the Millennium Falcon spaceship. This isn’t just your ordinary small-scale model either, the design team created a 1:34 scale model based on the sketches and material available through the Star Wars Wiki, resulting in a model about 717mm (about 2.4 feet) wide, and 244mm tall, and featuring almost every detail from the exterior hulls and interior layout, including the secret compartments, cockpit, engine departments, wiring and ventilation systems that Han Solo and Chewy knew so well. 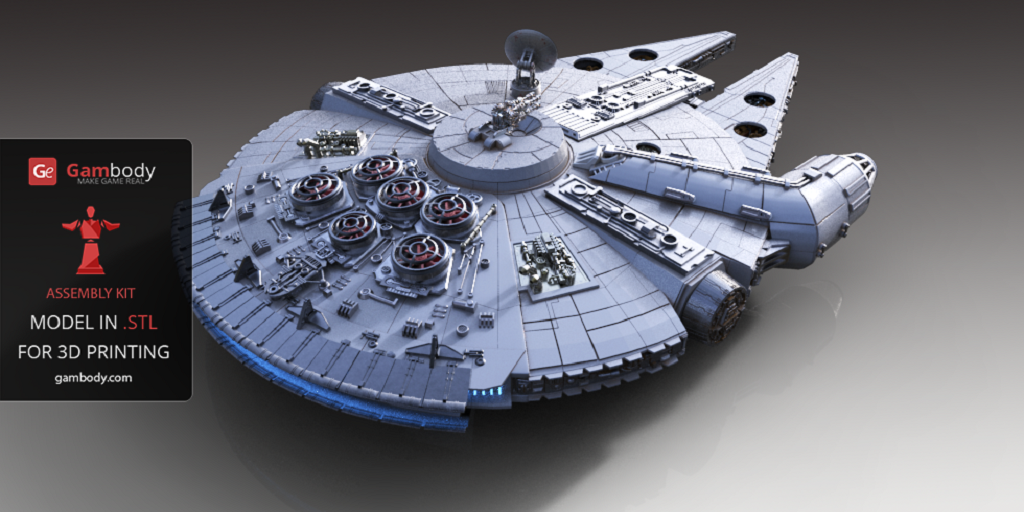 In order to make this large-scale model printable on a desktop 3D printer, the design team split the model into a number of parts, just the top and bottom hulls alone consist of 176 total parts (an additional 60 parts make up the rest of the model). The Gambody team, who have fully built and tested their large-scale Millennium Falcon model, recommend printing the model parts at a 0.01mm layer height for the optimal result. They’ve provided a detailed assembly instruction video on YouTube (which you can view below), showcasing just how realistic this model actually is.

“We broke the spaceship down into several kits on purpose, to please all requirements. Let’s assume that someone will want to 3D print only the model’s hull and hang it on the wall,” said Yurii Iefimov, the Co-Founder of the Gambody 3D printing marketplace. “Therefore, there’s no sense in this person to print all internal layout components. Also, it is likely that someone will want to use the spaceship’s hull as a PC body frame.” If you happen to be feeling ambitious, the entire Millennium Falcon model is available for print, but there are many other iterations that can be constructed from just the hull. 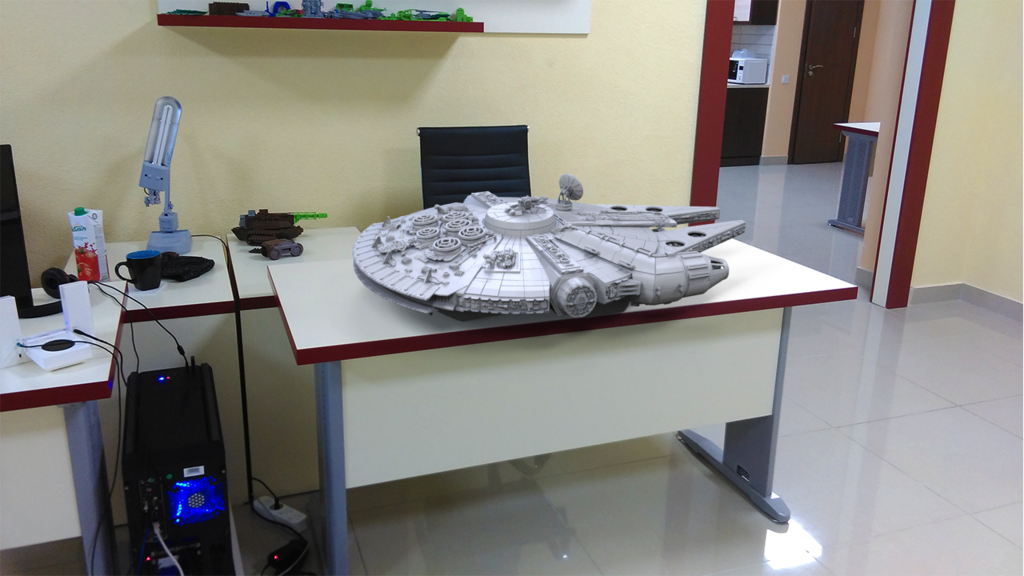 The model, which took the Gambody designers over 800 hours design, is extremely well-detailed, but it does take quite the amount of time and filament to make. The entire construction is estimated to go through about three standard spools of 3D printing filament, and, depending on your desktop 3D printer, about two to three months to print every single part. But for those diehard Star Wars fans and 3D print enthusiasts out there, I’m sure this intensive project would be considered nothing short of a great time. The exterior set of 3D modeled parts for the large-scale Millennium Falcon are currently available on Gambody for $74.99.