A 3D image of Naples fades into actual video footage of the city. Clip via: BBC ONE

Italy’s Invisible Cities is a series of firsts for the ScanLAB team, particularly when it comes to underwater 3D scanning, and imaging on a deep and city-wide scale. The 3D images are made possible using FARO 3D scanning equipment. The resulting point-clouds are also used for 3D virtual reality experience that can be viewed on the BBC website in browser or through a VR headset.

Who are FARO? And what is a point-cloud?

FARO have been providing measurement hardware and services since 1981. The FARO Focus X HDR scanners used by the ScanLAB Projects team for Invisible Cities are typically used for measuring large areas for building construction and planning.

These 3D scanners operate using a high-precision laser-beam to read solid surfaces and, rather than building up an entire 3D model, it processes this image of an area as a series of points that make an overall cloud of how an area appears.

Once created, this point cloud is refined to create a complete and colored 3D image.

Are they 3D printable?

The short answer is “yes”. With a little tinkering it is possible to then turn these files, or at least portions of them, into 3D printable objects, as ScanLAB Projects did in their previous project at Sir John Soane’s Museum.

Jonathan Beck is the founder of cultural conservation project Scan the World. In his daily practice, Beck often turns point clouds of sculptures into 3D printable .stl files for the archive.

He comments that FARO in particular are “developing their technologies to process point clouds into meshes which, in turn, can be made printable (now often at a click of a button)” and adds that though a 3D printed model of such a large space may not make sense in all cases; “I’d love to see Italy 3D printed!”

Challenges under the sea and cities

Light slows down when it travels through water, not only that, but floating debris, leaves and fish all make scanning the sea bed extra challenging for the ScanLAB Projects team. Additionally, the tunnels connecting all 15 kilometres of the Bay of Naples are increasingly winding and dark. 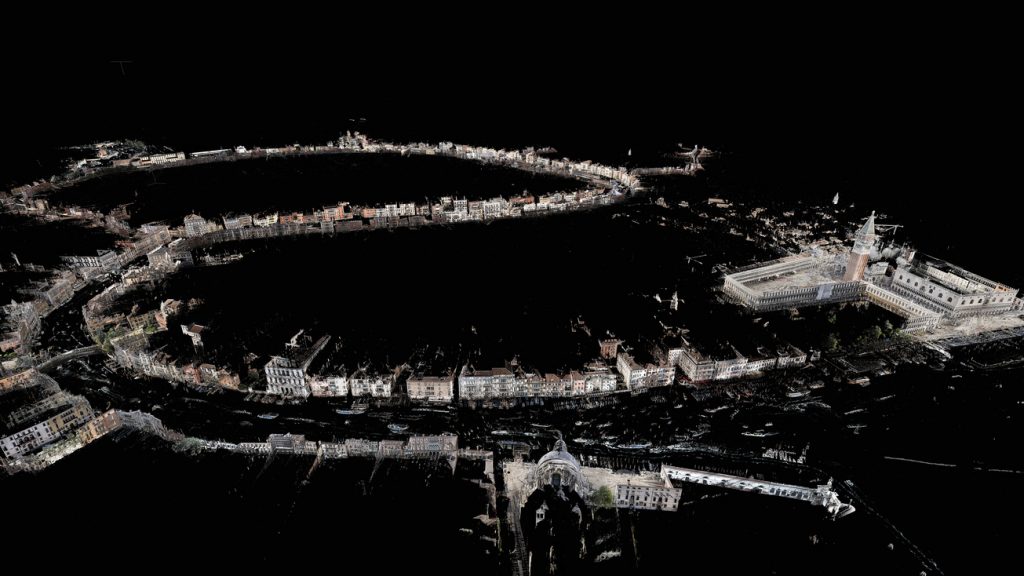 When asked for his opinion on the challenges faced by FARO’s technique, Beck comments that:

In comparison to the techniques that I am used to (Photogrammetry, SfM and Structured Light) Laser scanning has no problems in scanning underwater and underground tunnels. As long as the water is not too murky, and the labyrinths are not too winding, FARO scanners seem to have no issue with collecting data from metres away to an impressive accuracy.

If you have a 3D printer and some CAD know-how you could consider this as a challenge from us to send in your our 3D printed little Italys. It’s the same address as always which can be reached here, or you can Tweet any photos or model links to us on our Twitter account.

Italy’s Invisible Cities is showing on BBC ONE every Wednesday from the 3rd – 24th January 2017.