Stratasys co-founder and current chairman Scott Crump recently carved some powder (as I’ve been assured the kids are calling it these days) wearing what is presumed to be the first pair of 3D printed skis. No word yet if he was also wearing 3D printed ski boots. 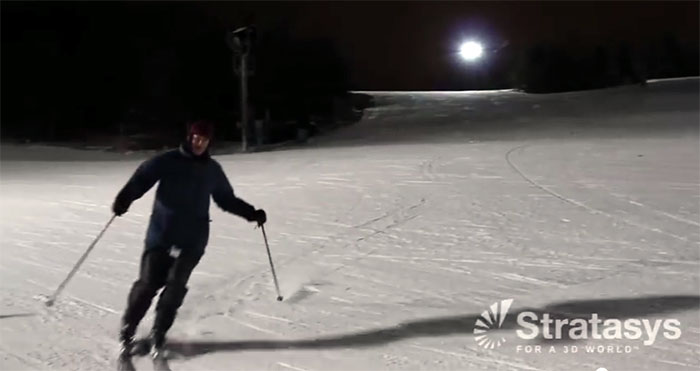 As co-founder of one of the largest 3D printing companies in the world, Scott Crump is used to playing with a lot of new 3D printed objects. In fact, according to Stratasys senior applications engineer, Dominic Mennella, it’s kind of his thing.

“Scott loves to be the first to try anything, especially when it comes to 3D printing. I am not aware of anyone who has ever taken 3D printed skis downhill before. This kind of adventure is right up Scott’s alley — he’s a longtime thrill-seeker with many exploits to his credit.”

As the designer of the skis, Mennella kept a log of the design and printing process and it’s very evident that this isn’t a gimmick or a facsimile of the real thing, these are real skis that have been designed to work as well as or better than standard skis. Fused Deposition Modeling (FDM) courtesy of the Fortus 900mc 3D printer was used for the printed parts of the skis due to it’s ability to work with grades of plastics that will hold up in real world use. In this case they were printed with a high quality resin in two separate parts, fused together along with standard metal edging using the same epoxy used to construct traditional skis.

“These stock elements make the skis useable but don’t provide substantial structure. The main body of the ski, which provides the strength, truly is 3D printed.” Says Mennella. 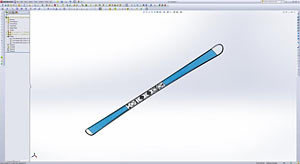 The skis themselves were designed in Solidworks and are semi-hollow with a triangular fill pattern.This was to maximize strength and durability without limiting flexibility and to reduce the weight of the ski. Once they had set overnight, the edges were sharpened, hot waxed, fitted with bindings and logos applied, the skis were ready for their trial run on the ski slopes of Lake Tahoe. 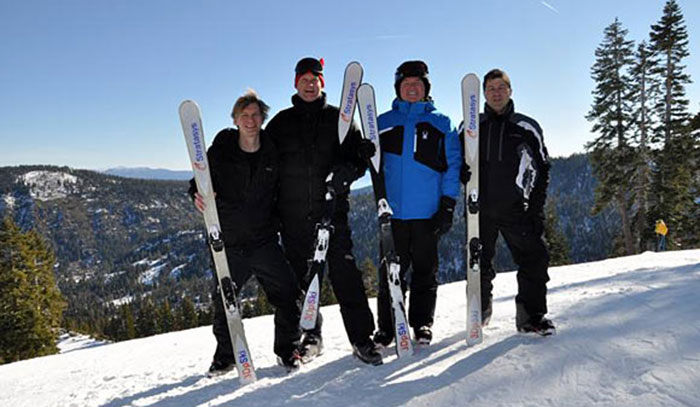 Everyone who tried the skis seemed to have great things to say about them, and there was even a suggestion put forward that this process could completely change the custom ski manufacturing business. Having not previously known that there was a custom ski manufacturing business I can’t really confirm that. But I can confirm that based on viewing the video of their inaugural trip down the hill that these custom skis seemed to work exactly as skis should.

Take a look at Dominick Mennella’s complete build log on the Stratasys blog.