Since I started following the 3D printing industry full time my life has changed completely — and I love it — but that is not the point. I remember the night when I discovered 3D printing’s potential and realized that I should buy all the pure player stocks I could get my hands on. In this regard, a much ironic thank you goes to MotelyFool.com, that had me pay $40 to tell me the names of three “unknown” companies that were about to change the world and make me rich: 3D Systems, Stratasys and Dassault Systems.

Of course I – like many others like me – had not yet fully realized that the main 3D printing stocks had been growing for the best part of the previous five to ten years and had already gone up almost 100 fold. It did not matter: the point is that 3D printing is going to change the world so whatever those stocks were worth then, they are going to be worth a lot more in 20-30 years. 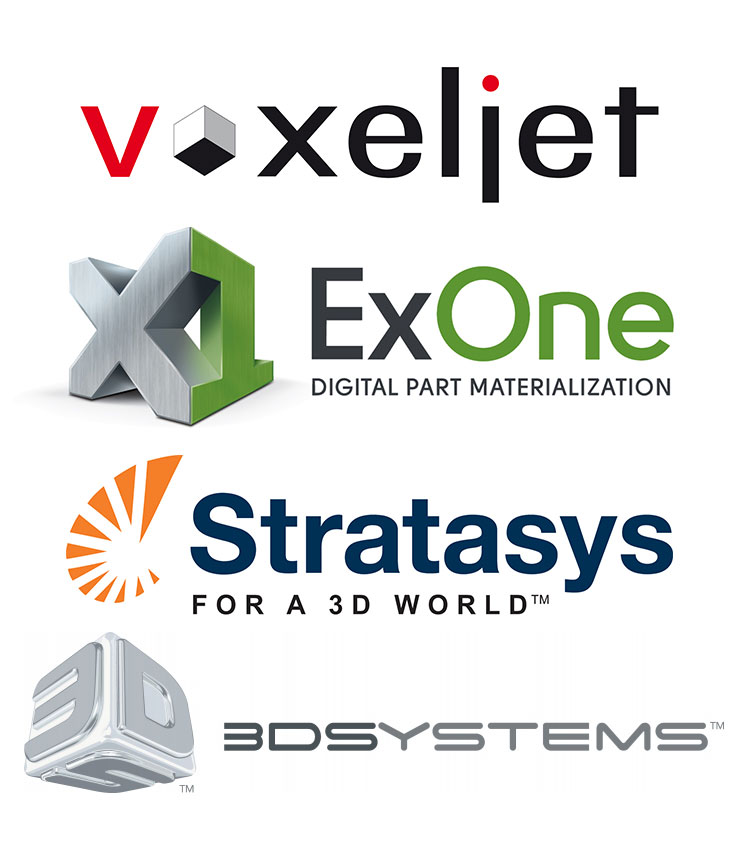 My experience suggests that I usually come to these realizations right after those in the know and right before the wider public. So it seemed natural that in the first few weeks after I bought stocks in 3D Systems, Stratasys, Dassault Systems, Organovo, ExOne and Voxeljet, my (tiny) investment grew over 30%. I had a gut feeling I should sell and take a profit but I figured I bought them for the long haul and I didn’t want to play and maybe get burnt. So I kept them and, of course, they tanked. In just a couple of days 3D printing stocks lost between 10 and 20%. Why? For no specific reason or event.

The issue is that most pure player 3D capitalization values equal more than 5 times their yearly profits. Don’t take this as written in stone, I don’t actually do financial research, I just try to follow – when I have a little time to spare – what happens with my investment. This means that as other more professional financial analysts have said, a stock such as 3D Systems, currently trading at around $60 could go to $10 just as easily as it could climb to $120. It could go that low as a result of a stock crisis that would bring its value down to – or even below – its real economic worth and it could climb higher if the stock market is bullish and investors gain confidence in 3D printing’s potential.

Organovo, a 3D bioprinting company that has not yet released a commercial product, is the clearest example: it registers yearly losses for millions and yet its stock is somewhat stably traded at over 700 times the initial offering: that’s because its potential is huge and its research is encouraging. Personally I have no doubt most 3D printing companies will one day register revenues 10 and even 20 times higher than today. But I as I am keen to stress, this is only my opinion, and I only count for an infinitesimal part.

When the stocks tanked earlier this year, some said this happened because 3D Systems’, Stratasys’, Voxeljet’s and ExOne’s profits, while positive, were not as high as investors had hoped. Many analysts (a suspicious number of them) denounced there was a financial bubble in the 3D printing industry but, when talking about the stock market in general, that is a lot like saying there is a dog in the kennel.

I personally think it was just speculation based on little to no evidence. Just like I – who know nothing – thought stocks were too high, so did other bigger players who sold large amounts of stocks and thus had their value collapse.

Their value remained low, relatively speaking (most 3D printing company’s market capitalizations are still valued many times the company’s revenues), and kept a steady but inexorable decline until a few weeks ago, when they began again to make small gains. In the meantime I took advantage and bought a few more 3D printing related stocks such as Autodesk (especially after Carl Bass announced the company’s own SLA 3D printer), Proto Labs and Alphaform, which are respectively a large rapid prototyping and a German 3D printing service. Arcam Metals and Renishaw are also publicly quoted but on indexes that are a little harder to access if you are not a somewhat experienced stock market dweller.

Then, all of a sudden, they broke out last week with heavy gains, which got me back pretty much to where I started last September. Why did that happen? Again, no one is entirely sure, there is once again plenty of speculation, but it was probably a combination of events. One possibility is that the slow cumulation that took place over a period of around two months moved large investment groups to bet again on the 3D printing game. Another is that, while many thought the consumer 3D printing boom would have died off, this is not happening. It could also have been takeover rumours that have giants such as IBM or HP interested in 3D Systems — some even going so far as to suggest due diligence is underway. Investors.com theorized that stocks leapt as short sellers (those who bet against a stock by selling borrowed stocks and buying them at a lower price) got scared they were going to get burnt (this is likely but it seems to me to be more an effect than a cause).

Other possible drivers may be related to Materialise’s IPO (which, by the way, had been rumored since last November), and an announcement by scientists at Harvard, Stanford, MIT and Sidney University that they were able to 3D bioprint fully vascularized tissue, one of the biggest hurdles in artificial organ bioprinting. Although significantly different, bioprinting’s issues are very much related to all 3D printing processes. For all, the single greatest limit is multi-material production: vascularizing means scientists are able to successfully 3D print tissues made of different materials at the same time. The (not necessarily correct) assumption might be that, if this can be done for organs, it can also be done for smartphones and such.

This may or may not be true, but 3D printing stocks’ peaks and crashes are far from over. More companies will go public soon and I suspect the roller coaster ride is just beginning. Not for the faint of heart but, if you are reading this, you like believe – as I do – that the future is 3D printed. And you are probably in it for the long haul.