I seem to have got myself a bit of a reputation for liking “fashion,” which, on the surface, is probably justified. The thing is, I like clothes (and certain accessories even more so), but I am not really a fan of fashion, because I do not necessarily (rarely, in fact) like what the magazines and current trends tell me I should like. I like what I like to wear and what I think suits me, and often it is not trendy.

And then I picked up on the story of Justin Le Blanc, the fashion designer heading into the finals of the 12th edition of TV Series ‘Project Runway’ in the US this week, and it was a bit of a double whammy because it involves another bugbear of mine — formulaic TV, or fashionable TV. I loathe it and go out of my way NOT to watch it, although I am yet to convince my teenage daughter. C’est la vie. 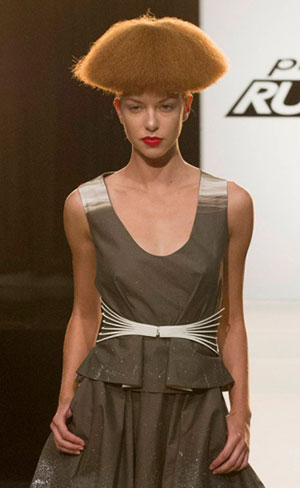 But when 3D printing is involved, I always take a look, and try (very hard sometimes) to stay open-minded about the application. And this is a really nice one, as it happens, the back-story (played up for the cameras I’m sure) and all.

The Project Runway formula is fairly standard — 15 wannabe fashion designers slugging it out in front of the cameras, to get through each week at the behest of a panel of self-obsessed fashion “experts”, to become the next “great American designer.” Despite the clothes and the models — it’s not always a pretty picture.

However the semi-finals saw three of the wannabe’s, including Justin, sent away to design 10 piece collections, which would see one of them with their dreams dashed and two of them get through to the final to join two already through.

It was at this point that LeBlanc played his trump cards, one of which was the use of 3D printing to create his ‘sound wave’ accessories that accentuated his collection of clothes. LeBlanc’s collection was a reflection of his life experiences. He was completely deaf from birth until the age of 18 when he received a cochlear implant that allowed him to hear for the first time. He didn’t adapt immediately, saying that his new-found hearing was an intrusion. That said, he persevered, and as such this collection of clothes is intended to illustrate his own transition from no noise to noise. He told the judges: “This tells my story, the transition from a deaf person to a person who could hear.” 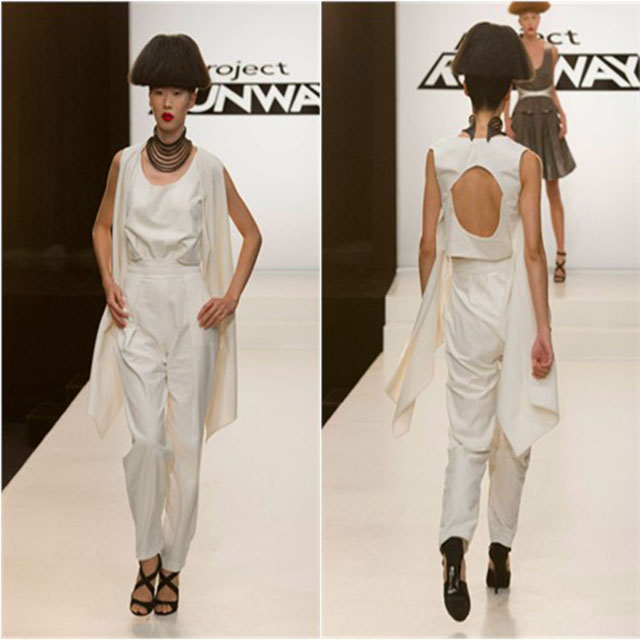 Hence the 3D printed accessories (belts, bracelets, necklaces and larger neckpieces) are a depiction of sound waves, while the clothes themselves utilized unconventional materials including a long white gown made up of hundreds of tiny test tubes. 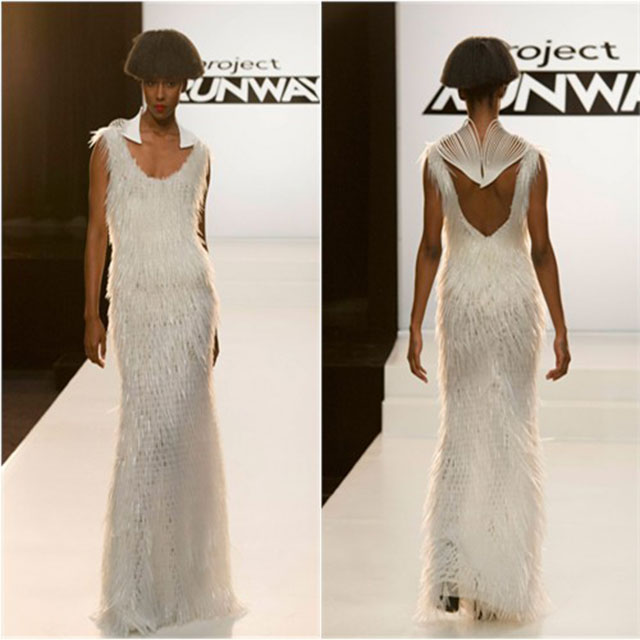 It got him into the final, which airs in the States tomorrow night (17th October). I can’t fault Justin’s ingenuity with 3D printing, I genuinely salute his gumption, and I hope his dreams are fulfilled. But I still don’t like this sort of TV.