3D Printing Salt to Demonstrate the Transient Nature of Things

The current art installation within “The BOILER” at the Pierogi gallery in Willamsberg, Brooklyn in New York is ‘Detritus’, by artist Jonathan Schipper. The work is eye-catching, to say the least, and arguably employs 3D printing on a rather impressive scale. Using salt as the “printed” material, Detritus is an exploration of “an ever-changing environment.” 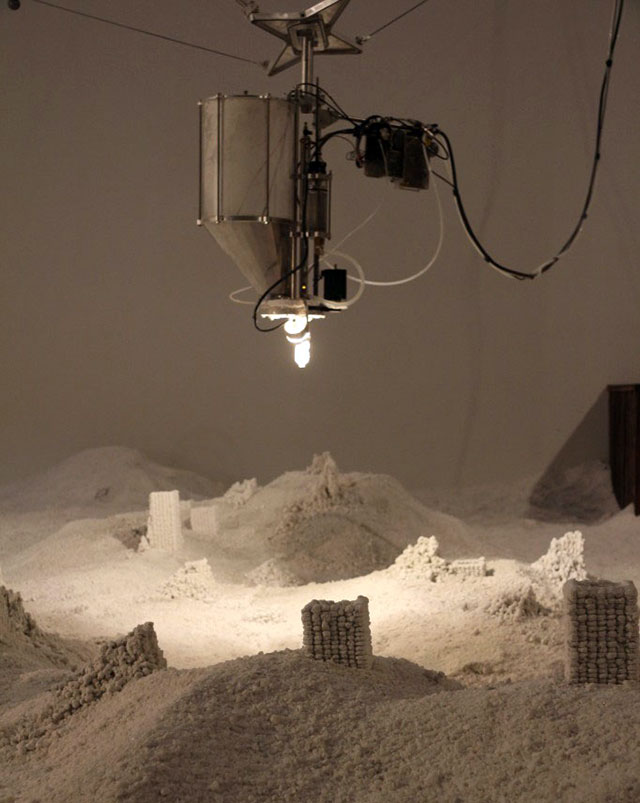 Schipper’s focus is on representing the tendency of humans to shape, and reshape, the world around them in a bid to find permanence. However, the artist’s take on this, embodied by Detritus is that: “Thankfully the physical forces that govern the universe beg to differ. Things that we make are not permanent and forces beyond our control are constantly making simple the complex objects that we devote ourselves to.” 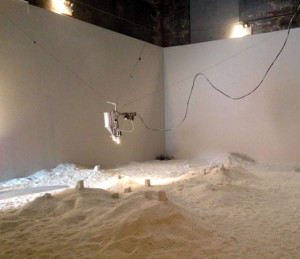 The Detritus installation consists of a whopping twelve tons of salt, all of which is deposited by a 3D printer, of sorts, which comprises an extruder mechanism suspended from the ceiling of The Boiler by cables. By varying the length of the four cables, the extruder can be moved around the room to ‘print’ three-dimensional, abstracted objects in salt, which represent man-made objects in our every day world. However, while the objects are continuously being formed, the fragility of the salt crystals used to produce them, means that they deteriorate at nearly the same rate as new ones are being built.

In contextualizing his work and revealing the name behind this exhibition, Schipper said: “This installation is an attempt to create a vantage point that is impossible in the real world. A vantage point that both condenses and speeds up time and provides an objective view of the things we value which, at times, we recognize as merely detritus.”

And, when you think about it, that’s exactly what is happening around us — things, that mean something to us as individuals and as a collective, in the scheme of things, really don’t mean that much at all and they come and they go.

And talking of vantage points, this exhibition can be viewed from the vantage point of a hot tub — if so desired. Just don’t forget your swimsuit! 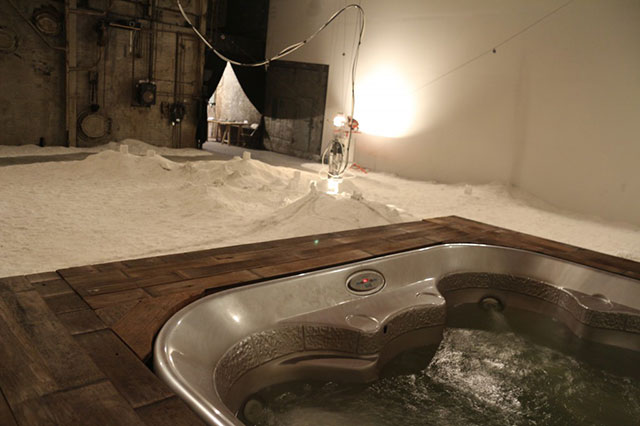 Jonathan Schipper received degrees from the San Francisco Art Institute (BFA) and the Rinehart School of Sculpture (MFA), and studied at Skowhegan School of Painting and Sculpture. He was born in California and currently lives and works in Brooklyn, NY.