This week, I had the pleasure of speaking with Bill and Brian Layman, the father and son team behind Innovative Orthotics and Prosthetics, their family-run prosthetics business. Bill has been in the business of designing and constructing prosthetics for forty years, saying that he’s lived through The Flintstones and The Jetsons eras of prosthetics manufacturing. And, as the second generation in their family business, Brian is helping push the company into the 21st century.  With the founding of Innovative Digital Manufacturing, the team is perfecting their capacity for 3D-printed prosthetic sockets for amputees.

Bill has been involved with the manufacture of prosthetic components since the days of woodworking, seeing the process move to casting and coating, and, now, witnessing the use of 3D printing to produce custom prosthetic sockets that genuinely fit the limbs of those in need.  Brian, as he worked with the family company, has always remained on the cutting edge of the business. While simultaneously learning the ins and outs of developing personally tailored prosthetics from his father, he has researched ways that new technologies might benefit their practice. 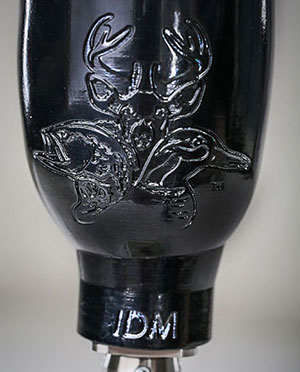 About 15 years ago, the company began purchasing laser scanners and CAD software, which they use to accurately plan and mold prosthetic devices. Spurred by the advantages seen with the 3D scanner, the family had sockets printed by Stratasys for four years until they finally acquired their own Fortus 400mc 3D printer about a year ago. During that time, Innovative Orthotics and Prosthetics experimented with the possibility of 3D printing sockets for lower extremity prosthetics. They believe that, using 3D printing will not only provide an aesthetic appeal, but will ultimately fit their patients better. For instance, one patient, a fan of fishing and hunting, has a socket with a motif depicting a deer, a fish, and a duck printed on the back, but both the younger and older Layman, believe the most important part of creating the prosthetics is that the shape and feel work for their client.  “The truth is that it’s not about what we’re using to print with. It’s the technique we use to capture the shape and alignment,” Bill says, “fortunately, the Fortus 400 is a dynamite machine to tackle the job.”  3D printing, they believe will create parts that more accurately conform to the limbs of their patients.  At the same time, Bill explains that it will be possible to insert components directly into a socket, while a print job is taking place, to reduce overall part complexity in their devices.

A lot of the family’s clients are seeking prosthetics for lower limbs. Though both Brian and Bill believe that a desktop 3D printer, like a MakerBot, might be useful for 3D-printing prosthetic hands, the reason, they think, that 3D printing hasn’t quite entered the lower-limb prosthetics market – aside from its relative newness – is that it still has to prove itself in weight bearing applications.  Bill explains, “Lower extremities are a whole different world.” To determine if 3D printed sockets are ready for a larger number of their clients, they’ve been testing the idea out on the company’s founder.  Bill, an amputee himself, has tried out about 7 or 8 3D-printed sockets from various plastics, including Stratasys’ Ultem material, to determine if they can handle weight sufficiently, while surviving consistent stress. You can see him trying out one of the sockets below:

I asked Bill if being an amputee gives him any advantage as a prosthetist, to which he responded, “I don’t think it gives me an advantage, but, for some reason or another, the patient believes that. It’s not that I feel that way, but, if I walk in a room, it’s just a whole different game. I don’t know why. I guess it makes them feel like they have someone that they can relate to and talk to. But I don’t feel that way. There are lots of practitioners that aren’t missing limbs and they’re excellent. I don’t know. It’s a strange situation and I try to handle it humbly, you know?”

Brian reflects further, saying, “There is a bond. I’ve seen it with my eyes. It’s a wonderful thing when someone trusts another person. We’re trying to help as much as we can to get this person back on their feet again, walking, and back at life. And they can take a deep breath and say, ‘I’m happy here. I can trust these people. They know the pain and suffering I’m going through.’ To watch that connection is really unique.” 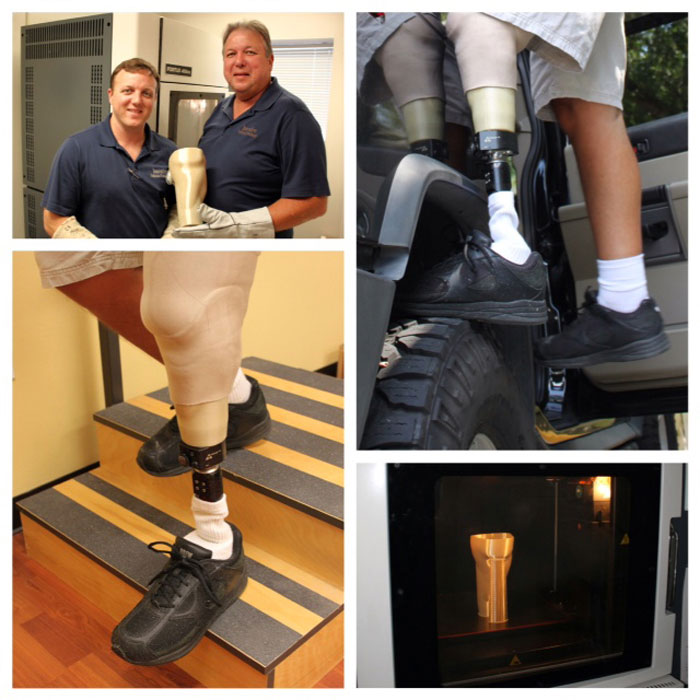 After testing out the sockets himself, Bill thinks they’re ready to use 3D printing more and more with the company’s own clients, saying, “I’m really confident. To answer the question you asked me before about being an amputee giving me an advantage: in this regard, I think we’re ready to move on and put this out there.” Brian is a bit more hesitant.  A patient, when asked if she’d be interested in a 3D-printed socket with a personalized motif, decided against it, hoping for something that more closely resembled her limb prior to the amputation.  Brian says, “It’s getting closer. Let’s put it that way. My dad’s confident because he’s been walking on legs with 3D printed sockets. I take a more hesitant approach.” 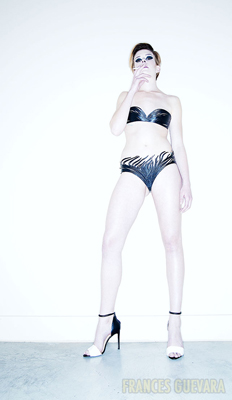 While perfecting their 3D printing process for prosthetics, they’ve also used their Fortus machine to 3D print a variety of non-medical items, “anything from drones to dresses”, under the business name of Nola 3D Printing.  Though, due to nondisclosure agreements, they weren’t able to tell me about what they consider to be the most fascinating projects, they let me know that they had a hand in 3D printing a piece of fashion for the 3D PrintShow in New York. The company scanned a model, sending the CAD data to designer Frances Guevara, who then created the files for a bikini, which the company was able to print on their 3D printer.

All in all, though, both Bill and Brian Layman believe that the technology is ripe for their preferred field of prosthetics.  Brian explains, “3D printing has pretty much consumed my life. My six-year-old knows words like ‘design’, ‘create’, and ‘CAD’. He knows what an extruder is and what filament is.” But, Brian says that they won’t stop there. If new 3D carbon fiber printing or 3D graphene printing technologies are made available, they will try them. Anything to reduce the weight and increase the comfort and usefulness of their prosthetics.

I left the conversation feeling an optimistic warmth. Their combined 60 years of experience certainly granted them feelings of superiority, yet the men maintained a natural humility about their expertise.  Moreover, it was clear from speaking to this father and son that they genuinely cared about the people they worked with. That their patients came first and all else second. To them, 3D printing was a means of helping their patients, and not bringing in business, which is a nice thing to come across in this 3D printing boom.

You can watch a brief video about the family operation below, including some heartwarming stories from patients and footage of Brian and Bill at work: