One of the most eye-catching presentations at Inside 3D Printing Berlin was given by Antonius Koster and Anna Wilhelmi. I had met both prior to their presentation having been introduced by Florian Horsch. Antonius, you may recall, is the person who told me about the latest 3D printing developments for the dental industry, whereby 3D printed replacement teeth are being fitted at the time of extraction of the original bad tooth (still amazed at that one!).

As a consultant in Germany and the Benelux region, Antonius’ expertise extends across 3D software, hardware and services with a penchant for continually pushing the limits of all three. The result of which is very often successful outcomes that were previously thought impossible. He also keeps his eye out for up and coming new talent. Which is what he spotted when he received an email towards the end of 2012 from a student, this was his first introduction to Anna who was looking for help in materializing her original fashion collection using 3D printing.

Anna’s inspiration for a conceptual line of women’s wear was American Football, of which, she confessed, she was a huge fan, not least because of “the tough bodies and tight clothes.” To fulfill this paradoxical concept, Anna was looking to go “beyond fabrics” and believed 3D printing held the solution. But she needed some help and guidance — which is precisely what she got from Antonius.

Collaborating on how best to realize Anna’s visionary designs, a total of seven outfits, Antonius had her construct 3D versions of her sketches, using gypsum, which could subsequently be scanned to produce digital 3D models. This was not a fast process, but it highlights the many different approaches and requirements for successful 3D printing.

The scanning process was accomplished with an Artec 3D scanner, the data was collated and edited to create the style that Anna had envisioned — as well as making them 3D printable, which was achieved using Materialise’s Magics software. 3D printing using the laser sintering process, took five days (3x 35 hour builds), which was followed by post processing operations that included sand blasting and some hand finishing. 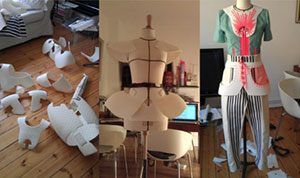 Anna then had to assemble the final pieces and incorporate the non 3D-printed elements (laces etc) ahead of her final presentation to a German examining board and then subsequently an International judging panel. Not much sleep was involved in that final month of preparation, by all accounts, but the results are nothing if not impressive and testament to Anna’s drive and talent. As well as being a creative force to be reckoned with, her friendly and bubbly personality also belied a steely determination — all of which I can see reflected in her designs. 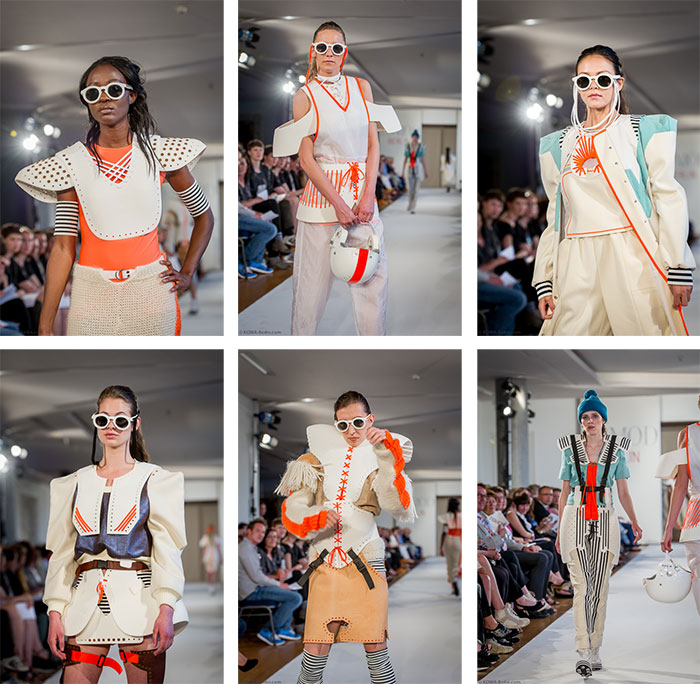