Weapons, and violence, are bad. I don’t like either. Although both are frequenters of many movies, in this instance, we are talking about 3D printed guns, this time in the guise of a documentary video that is seeking crowd funding right now. Despite my often vocal reservations about the trend started by Cody Wilson of Defense Distributed, here I will (try to) be objective regarding my subjective ethical opinions of the main subject of the featurette and talk about the mini-movie itself, which looks professionally produced for an amateur production.

Combine these trends with the democratisation of real-time mass communications in hand-held form via the smartphone, tablet and wearables and we find ourselves, within just a few decades from the popularisation of democratisation of computation that emerged via the personal computer, in a vastly changed world, where almost anyone has the opportunity to create, calculate and commercialise their innovations. Add in the democratization of funding with crowd funding sites such as Kickstarter and Indiegogo et al, and the opportunities are immense.

This is of huge affect to the global economy, on one hand enabling small time entrepreneurs and ambitious creatives to reach a mass audience in ways unimaginable just a few decades ago. On the other, creating gargantuan companies that breached and brokered the emerging niches to become household names across the world: Google, Facebook, Apple, Twitter – there are few people in any developed nation that do not know these names. The masters of platform creation that have been the foundation for a million developers and a billion users to interact in the digital age of democratised technologies.

One person who has combined a few of these trends, namely video, 3D printing and crowd funding, is Brett Kuxhausen, who has produced a mini-movie called The Power To Print. Upon receiving the lead for this story I was eager to see what Brett had done, what angle would he take with the 3D printing phenomenon? How would he articulate his perspective? What level of quality would the production reach? 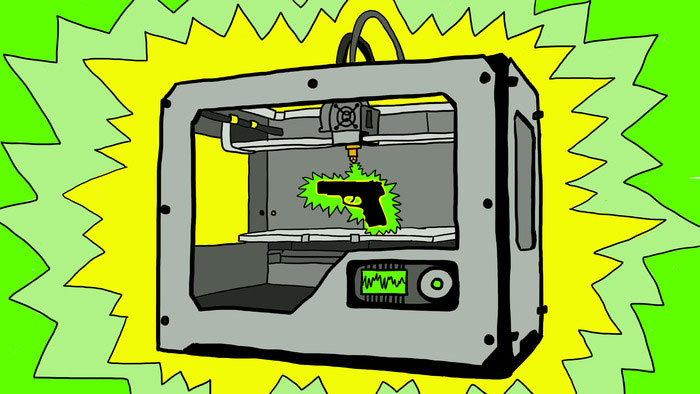 I must admit that upon playing the Kickstarter video, my heart sank somewhat as it reached midway, and the talk of 3D printed guns began. ‘It’s just one of the subjects he’s going to cover,’ I optimistically thought to myself. Apparently not. This is a 15 minute video about printing guns at home. Here in the United Kingdom, he would likely have been arrested. In my opinion … thankfully. Nothing at all against Brett, but the thought of Mr. Anyone producing, let alone using, lethal weapons is something I can not condone.

As the producer states himself: “Essentially anyone, from a terrorist to a child, could print out a firearm that can easily fool a metal detector. But, trying to regulate this could be a slippery slope; the censorship of technology is almost always detrimental to its potential.“

Brett is studying at the Montana State University in Science and Natural History Filmmaking. For his graduate degree coursework he has produced, if the crowd funding video is anything to go by, a well story-boarded, well scripted snippet of media.

His crowd funding campaign seems to articulate that this has taken a research, rather than promotional, approach to the whole 3D printed gun issue. The film follows Brett as he travels around the wild west of Montana, prints a gun in Helena, explores the legality and the future of the technology with an Intellectual Property attorney in Missoula and talks about the dangers of plastic guns with a Bozeman police officer.

What with over 100,000 downloads of 3D printable gun designs, this is, ultimately, an issue that is never going to go away. Pandora’s box is open, the horse has bolted — choose your cliché.

A range of solutions has emerged, however, both technological and regulatory. But it is likely only a matter of time before someone does something stupid and law makers around the world find themselves considering the future of home 3D printing. If I had a list of least favourite people, Cody Wilson would be on it for this very reason. His company has a neat 3D printing search engine in the form of DEFCAD, which I had a spell of actively encouraging him to continue to pursue without idiotic weapons, via direct dialogue on Twitter. I’ve long since put the issue – and my own hubris in thinking that I can be of any real influence on this matter – to bed: In part because directly engaging with people like this is enough to drive anyone crazy.

Still, I guess that the issue needs continued engagement via media until whatever our democratically elected representatives ultimately decide should be done, to work towards resolution in all jurisdictions.

For me, and many others, 3D printing is about empowering people to be able to produce wonderful creations for far cheaper than they would otherwise be able to. Inspirational prosthetics. Beautiful artwork. Useful household items. Empowering citizens in the world’s poorest nations. Science Technology Engineering and Mathematics (STEM) education. New and better 3D printers. These are the applications, and stories, that make the real difference, a positive difference, to society. 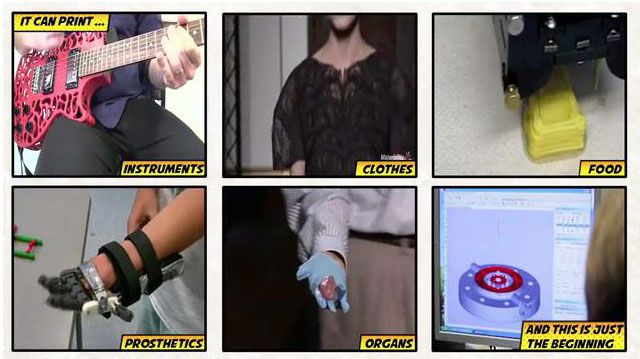 The twenty first millennium global village era of democratising technologies is an amazing time to be alive. We can so easily take many of these new trends for granted. I’ll be quietly hoping to see many more movies about 3D printing, from Brett, and from many others, and looking forward to covering those stories without having to emphasise the gun story. However, one of the most beautiful traits of democracy in itself is free speech, so far be it for me to say this with a want to be of any influence upon whatever those movie makers wish to present to us.

The featurette looks good, and will be very interesting to many people. At the time of writing the modest crowd funding appeal for a mere USD$750 has been almost met. However, if you wish to help Brett out, he needs a little more to meet his goal and pay the production team that helped him for their effort and time. This project’s funding campaign ends on Wednesday April the 30th at 3:00AM BST.